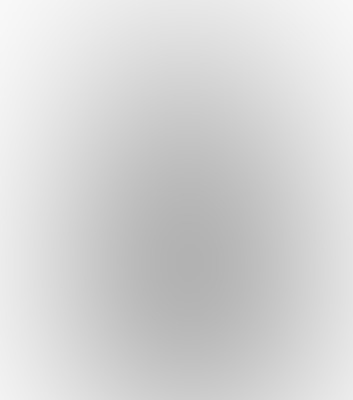 In 1980, in late September my wife and I stayed at the hotel 1661 INN at Old Harbor on Block Island for a week to celebrate our honeymoon.

We enjoyed an island off-season, almost totally bereft of tourists from the mainland and watched an island gearing down from summer and closing up in preparation for the winter.

Only a few bird watchers clubs frequented the island then and the weather was windy, cold, blustery and rainy which added to our desire to stay close to the inn and in each other’s close company.

One stormy and windy evening at about ten o’clock in the evening, I went out to the backyard of the inn tacitly to watch the view of whitecaps roiling on Old Harbor and to socialize with a pair of goats that roamed freely on the property.

Out on the harbor, about a quarter of a mile from the shore among the rolling whitecaps, I saw a flickering, blue triangular light that vanished and then reappeared a short distance from where it had been.

At first glance, it looked like the angular sail and mast of a medium sized sailing craft, a craft in distress that struggled to make headway in the stormy waters, except that the sail radiated a surreal phosphorescent light and glow that ebbed and waned like a dying flame.

The bluish sail color glowed and turned to a purplish light and then vanished completely only to reappear another distance from where it was sighted.

I watched in more wonder as its shifting movements seemed to make it jump from one location to another location every few seconds; its odd flickering flame like nature, in triangular form, was something I’d never seen before.

It vanished completely after a few minutes among the stormy waves as though it had sunk.

The image of that strange vessel has haunted my memory for many years.

Not until recently, many years later, after having read “Livermore’s History of Block Island”, did I realize that the book’s description of an oddly lit and shifting Palatine Ghost Ship off Block Island, was most similar to what I caught and observed that windy white capped and rain swept evening.

“The Palatine Light is an apparition reported near Block Island, Rhode Island, said to be the ghost ship of a lost 18th-century vessel named the Palatine.

The folklore account is based on the historical wreck of the Princess Augusta in 1738, which became known as the Palatine in 19th-century accounts, including John Greenleaf Whittier’s poem “The Palatine”.

The legend derives from a historical incident: the shipwreck of the Princess Augusta at Block Island in 1738.

The ship is known from some near-contemporary accounts and from depositions taken from the surviving crew after the wreck, which were discovered in 1925 and reprinted in 1939.

The Augusta, a 220-ton British ship, sailed from Rotterdam in August 1738 under Captain George Long and a crew of fourteen, transporting 240 immigrants to the United States.

The passengers were German Palatines, natives of the Palatinate region, and as such the ship was described as the “Palatine (ship)” in contemporary documents, which accounts for the later confusion over its name.

The ship was heading for Philadelphia; from there the passengers may have intended to reach a German-owned settlement on the James River in Virginia, which attracted some 3000 of their countrymen.

The Princess Augusta’s voyage was beset by terrible luck; the water supply was contaminated, causing a “fever and flux” that killed two hundred of the passengers and half the crew, including Captain Long.

According to the crew’s depositions, Brook forced the passengers to pay for the remaining rations.

He evidently tried and failed different routes to Rhode Island and Philadelphia, but the gales pushed the damaged and leaking Augusta to Block Island.

I believe, as with other ghostly manifestations, that the combined terror, angst and emotional turmoil aboard that ill-fated ship, scarred and templated the environment to retain its “memory” impression, as the ghostly sailing ship is seen only by those on Block Island, and nowhere else at other locales of coastal Rhode Island.

This does then refute my logical conjecture of ocean bottom methane gas ignited as a possible causation, because if it were, such sights would be prevalent at other coastal locales as well, and it is clearly not.