Part of the alarming nature of the unknown is its mysterious link to the known; I awaken each night to a lewd exhibition of the merging.

This distresses me so badly, upon awakening, that I cannot think; a wave of panic that SOMETHING is awakening me, with alacrity, strikes me, as the calculated odds of awakening each night precisely at those specific times is, without question, astronomically impossible.

The message intended seems designed to throw me off balance, to keep me wrapped in fearful confusion; it lets me know that I am being toyed with but yields no greater insight.

It has taught me that when I sleep I wander amongst adept monsters and psychic beastly company.

Sometimes after abductions, the inter dimensional door, left open, invites the gangster fringe element of the spirit world, worse, sometimes, demons are thrown into the equation as spite work, for attempts at thwarting abductions.

As my spirituality increases, it appears that I am become more of an increasing beacon, a porch light, for psychic moths and bats, Dark Force entities.

Amazingly, NOT all of those negative energies afoot, earthbound, are human! 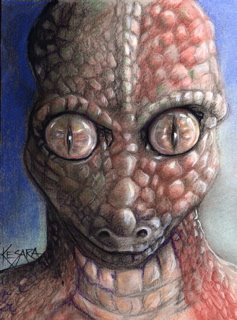 One of my growing psychic sensitivities, an allergy of sorts, is that as an early warning system, my skin burns locally with a painful ‘buzzing’, when a negative thought entity intrudes upon my energies and starts a ‘connection.’

In such a moment, if sprayed holy water from a plant misting bottle fails to end the pain, I seek a powerful and usually successful ethereal cleansing technique, using running shower water to ‘wash’, as I visualize washing dark energy down the drain.

It is a defensive tool I have learned to use, to combat the build up of static electricity, EMG connections associated with the pinching, painful ‘touch’ of predatory, stubborn, unseen and almost ‘hungry’ entities.

One particular unseen entity awed and baffled me when, rather than vanish, it used the shower water’s energy to partially materialize, for a full moment or two to study me, an energy lunch which actually resisted, and refused to be nibbled at!

It had suddenly drained energy from me, had burned my skin where connections touched, and had buzzed me within, psychically; sudden, unprovoked sexual urges and odd, negative ideation had surfaced.

These are two of the signature symptoms of all negative thought entities.

To my horror and disbelief, right next to me, under the shower’s waters, a creature had semi-materialized! It had stared me right in the eye, had blinked and had looked again. It stood under five feet upright, with catlike slit eyes, and had closely resembled a scaled monitor lizard, in aspect and facial structure. The reptilian had viewed me with its head tilted, cocked sideways, birdlike; it had piercingly studied me with an alert intelligence that had radiated a proprietary curiosity. After a few seconds, the creature had vanished. Still under the shower’s waters, I had remained frozen, in sheer amazement and could not believe my eyes; I had seen a creature that I had never imagined existed, similar in construct to the velosoraptor creatures, in Steven Spielberg’s film, “Jurassic Park”. It had a proprietary and sinister demeanor.

Like those cinema raptors, this short, upright standing reptile had an expression that mirrored intense saurian intellect, a precise cross between a conscious man and a physical reptile.

I had been horrified to glimpse a momentary semi- materialized, inquisitive, immature reptilian ‘alien’, because it had long had a reputation in UFO literature and research, as an inter dimensional bottom feeder, a sinister common parasite of human consciousness and a clear overlord of all other alien entities, who often pilot UFO craft.

These beings perceive us merely as,”containers”, to supplant themselves within our minds and bodies. 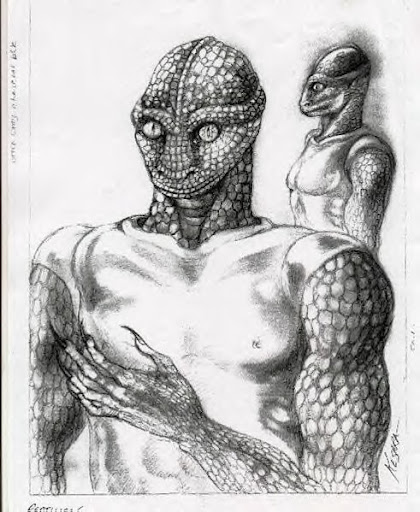 Post abduction, alien abductee predation, is done through implant energy drains and by inserting alien enery astral attachments, within the layered human psyche, towards a goal of partial and total, eventual possession.

After initial physical human abductions, reptilian/grey possessing energies are subsequently deposited, not unlike the lamprey parasites that they are, within the multi layered human psyche/mind.

Aliens and their predatory relationships with mankind have always been here and hollow Earth reptilians are as native and terrestrial to our planet as are thunderstorms; they are the game wardens of this preserve that we call, ‘Earth, and like good game wardens, they do not let the creatures within, suspect that it is, indeed, a preserve.

Reptilians, as evidenced by the shower incident, are inter dimensional, as well as inter galactic; as beings, they can and do use the same dimension that ghosts and demons use to enter and exit our reality.

The lower Earth animal forms seen as reptiles, amphibians, insects are mirrored and echoed by the higher technological forms which have been seen aboard craft who have lent their DNA to create this preserve.

When people ask them,”Where are you from?” Where do you come from?”, they are often told,”We come from within”,
as ‘alien’ energies, deep within the multi layered human psyche/mind.

The Alien Relationship to mankind, is one of treating us like guinea pigs, orchestrating joys, disasters and horrors into our lives to milk us of energy; isn’t that enough of a definition of ‘evil’?

Evil’s definition of predatory, sinister and self-justifying is more than satisfied with these overlord reptilian entities.

Imagine a cityscape of people, all of who have juvenile saurian parasites ethereally attached to their spinal columns. It lends a new meaning of present horror to the concept of a silent invasion. These bizarre reptilian beings, highly technological, dimensional and intergalactic, use us much as we ride horses. Unlike the hesitant touch of a lost negative earthbound human spirit, the unseen reptilian had prevailed with sharpest painful burning, a much stronger negative entity, I surmised, and certainly more persistent than anything unseen I had previously psychically encountered. Worse, it now seemed stuck like chewing gum, on the bottom of my psychic ‘shoe’. Morning and night, this persistent horrid entity feasted on my energies like an unerring, stubborn yellow jacket wasp, fancying me like a can of cola at a picnic with the same insect stubbornness. .Imposed nightmares were vivid and dazzling in the extreme.

I had taken that shower out of sheer desperation, and had glimpsed something most certainly NOT human which had radiated a brilliance of intellect.

Seeking advice and insight, scared, flabbergasted and lugubrious, I wrote a long note, not unlike this essay, to Robert Bruce, and later received his wise, short and pithy advice.

Shortly, after I wrote him about my scary shower materialization of a lizard with a strong demonic psychic touch, he responded to my complaints of my now extensive struggles with this reptile being. 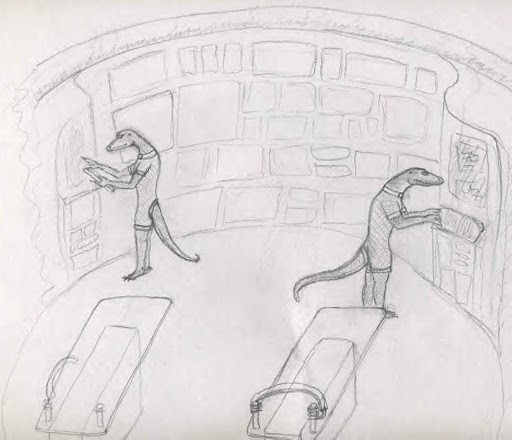 (usual round UFOs are for human abductions and most pilot predators are reptilian..)

He cogently said: “Something is happening, which is a good sign that what you are doing is having some effect.”

That pithy and cryptic wisdom from Robert Bruce shall have to suffice.

I am sadly sure that my reptoid microcosm experience of predation and Dark Force energy, must reflect the greater human macrocosm predation, globally, by these unseen reptilian entities…

I have, however, learned from these encounters, that anxiety is the soul’s natural reaction to psychic intrusion; sudden or slowly building free floating anxiety means that something, an entity unseen, prying and opportunistic, has just entered your energies to peek within.

That took me a long time to deduce, wrestling with horrid anxiety.

Imagine the global implications of such a therapeutic insight, in abject relief to sufferers of anxiety attacks, but this truth is still down a long hall and somewhere else.

This assertion can be tested, simply:

One who experiences anxiety, a panic attack onset, can “order it, away!”, like a fly at one’s mustache, “in the name of God”; the anxiety will abate immediately and then resurge again as the entity responds initially and withdraws and then floats in again.

As its nature is usually sinister, stubborn, and predatory, anxiety levels will climb again.

Repeat the procedure, but now, with stronger insistence and with more anger. Anxiety will abate, for a longer time, immediately.

Again, a wave of free floating anxiety will reestablish a foothold, anew, as demonic or grey- reptilian intrusion approaches within your energies, again.

Who would have ever guessed that Panic Attacks are psychic/telepathic intrusions, astral hitchhiking, by a demoniac?

Like yellow jacket wasps at a picnic can of cola, this reptilian entity was unerring, persistent and sinister; the anxiety and wild vivid “dreams” were mere symptoms, not the disease, itself, which was reptilian telepathic intrusion and attack.

Abductions and their remnant elusive memories have opened all this for Paul, a confirmed atheist, until he saw aliens float him out of his body, in his bed, at night. Then, he knew that they were interested in an essence he never suspected that he had; a soul. Our spiritual powers that interest and addict interdimensionals are the very powers that can be used to thwart further attacks.

““For we are fighting with people not made of flesh and blood, but against persons without bodies—evil rulers of the unseen world, those mighty satanic beings and great evil princes of darkness who rule this world, and against huge numbers of wicked spirits in high places.

Put on all God’s armor so that you will be able to stand safe.” Ephesians 6.

Abductions and their remnant elusive memories have opened all this for Paul, a confirmed atheist, UNTIL he saw aliens float him out of his body, in his bed, at night. Then, he knew that they were interested in an essence he never suspected that he had; a soul. Our spiritual powers that interest and addict interdimensionals are the very powers that can be used to thwart further attacks.

Abductions and their remnant elusive memories have opened all this for Paul, a confirmed atheist, until he saw aliens float him out of his body, in his bed, at night. Then, he knew that they were interested in an essence he never suspected that he had; a soul. Our spiritual powers that interest and addict interdimensionals are the very powers that can be used to thwart further attacks.