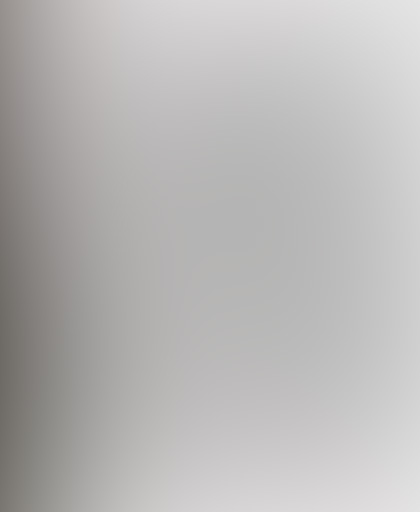 Part of the alarming nature of the unknown is its mysterious link to the known; I awaken each night to a lewd exhibition of the merging.
I open my eyes and turn to see the digital alarm clock, sitting on the lamp table next to my bed and see: 12:12, and 1:11 am, 2:22 am and 3:33 am and 4:44 am.
This distresses me so badly, upon awakening, that I cannot think; just a wave of panic that SOMETHING is awakening me with alacrity, as the calculated odds of awakening each night precisely at those specific times is astronomically impossible.
The message intended seems designed to throw me off balance and to keep me wrapped in fearful confusion; it lets me know that I am being toyed with but yields no greater insight.
It has taught me that when I sleep I wander among monsters and beastly company.

Sometimes after abductions, the inter dimensional door, left open, invites the gangster fringe element of the spirit world; sometimes demons are thrown into the equation as spite work for attempts at thwarting abductions.
As my spirituality increases, it appears that I am become more an increasing beacon for dark side entities.
And NOT all of these negative, intelligent energies afoot, earthbound, are human!
Ethereal cleansing, using running shower water to help me visualize washing dark energy down the drain, is a defensive tool I use to combat the build up of static electricity, EMG connections associated with the ‘touch’ of stubborn, unseen and ‘hungry’ unseen entities.
However, an unseen entity baffled me when, rather than vanishing, it used the water’s energy to partially materialize for a full moment or two to study me, an energy lunch which actually resisted and refused to be nibbled at!
It had drained energy from me, had burned my skin where connections touched, and had buzzed me within, psychically; sudden, unprovoked sexual urges and negative ideations had surfaced.
Under the shower water, a creature had semi-materialized!
It had stared me right in the eye and blinked and looked again.
It stood under five feet upright, had catlike slit eyes, and closely resembled a scaled monitor lizard, in both aspect and facial structure.
That reptilian viewed me with its head tilted, cocked sideways, birdlike; it had piercingly studied me with an alert intelligence that had radiated curiosity. After just a few seconds, the creature vanished. 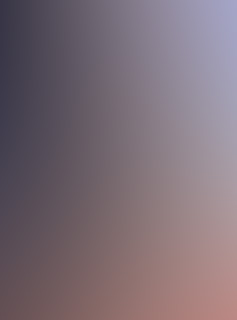 Still under the shower’s waters, I had remained frozen, in sheer amazement, having seen a creature I had never imagined existed .
It was so very similar in construct to the velociraptor creatures, in Steven Spielberg’s film, “Jurassic Park”, in both a proprietary as well as a sinister demeanor.
Like those cinema raptors, this short upright reptile mirrored an intense look of saurian intellect, a precise cross between a man and a reptile.
I was horrified to see that momentary, inquisitive immature reptilian alien, because it had long had a reputation in UFO literature and research as an inter dimensional bottom feeder, a sinister common parasite of human consciousness.
These beings see us as,”containers”, to quote them!
Post abduction, alien abductee predation is done both through implant energy drains and by inserting alien astral attachments, within the layered human psyche towards a goal of eventual possession.
That is, after initial physical abductions, their possessing energies are subsequently deposited, (not unlike the lamprey parasites that they are), within the multi- layered human psyche/mind.
Aliens have always been here and are as native and terrestrial to our planet as are thunderstorms; they are the game wardens of this preserve that we call ‘Earth and like good game wardens they do not let the creatures within suspect that it is indeed a preserve.
They are inter dimensional as well as inter galactic and can and do use the same dimension that ghosts and demons do to enter and exit our reality.
There are many in the UFO community who echo another indigestible horrendous gleaned truth:
We are, as well, time/space woven, cocooned within a computerized time matrix, a contrived dimension elusive and revealing, far from the Universes’ objective “reality”, and please, “Pay no attention to the Reptilians, behind the curtains!”
I thought it my imagination to notice unseen portals and traffic, but now take pause when reality pixilates, for a moment.
The lower Earth animal forms seen as reptiles, amphibians, insects are mirrored and echoed by the higher technological forms which have been seen aboard craft who have lent their DNA to create this preserve.
We , too, are constructs of their creative meddling.
When people ask them,”Where are you from?” Where do you come from?”, they are often told,”We come from within.”
That is, after physical abductions, their possessing energies are deposited, not unlike the lamprey parasites that they are, within the astonishingly complex multi layered human psyche/mind.
Evil’s definition of predatory, sinister and self-justifying is satisfied with  UFO overlord reptilian entities, virtual demonics possessed.
Imagine a cityscape of people, who have saurian parasites ethereally attached to their spinal columns.
It lends a mind-bending  new meaning to the concept of a silent invasion.
These  beings, a million years more highly technological, are as interdimensional as they are intergalactic, able to ride us as we ride horses,  as we are a ‘product’.
Horses, in this Universe, posture as superior to humans, because unlike humans, they fully know a rider’s ‘aboard’,  and discern pulls on the reins.
Psychics are targets, their porch lights bring in bats, seeking moths.
Abductees, wrapped in amnesia, spend a lifetime, barely recalled in tiny snippets, in the company of powerfully psychic/telepathic alien entities, and later find a developed intuitive muscle, that senses the unseen, and its intelligences, a muscle that flexes inter-dimensional bleedthroughs.
Unlike the unwanted hesitant touch of a lost human spirit, felt as a hand, or gentle buzzing sensation, locally on my skin,
I could ‘brush-off’,  the  small reptilian prevailed, hurting me with sharp painful burning, a stronger negative entity, persistent and predatory, than previously encountered .
Worse, it now had seemed stuck, like chewing gum, on the bottom of my psychic shoe.
Morning and night, this persistent horrid entity feasted on my energies like an unerring, stubborn yellow jacket wasp,
fancying me like a can of cola at a picnic with the same insect stubbornness. .
Imposed nightmares were vivid and dazzling in the extreme.
Was it demonic?
Similarities abound, but
one must be careful with similar and easily misunderstood words, to discern that
lightning, is not the same, as lightning bug.
Its ability to manifest into our dimension, for a fleeting three seconds, before fading, confirming my basic premise that SOMETHING else, and not at all my “imagination”, was at play, here.
It had  certainly NOT been human but had radiated a brilliance of intellect.
Seeking advice and insight, scared, I wrote a long note, like this essay, to Robert Bruce and later received his short and pithy advice.
( ” Astral Dynamics”, ” Practical Psychic Self Defense Handbook: A Survival Guide”)
Robert is an expert in teachings about unseen, meddling “NEGATIVE ENTITIES”, he calls,”Negs”.
Shortly, after I wrote him about this scary shower materialization of a lizard with a demonic psychic touch, he responded to my complaints of my extensive struggles with this reptile being.
(classic round craft, designed specifically for human abductions) 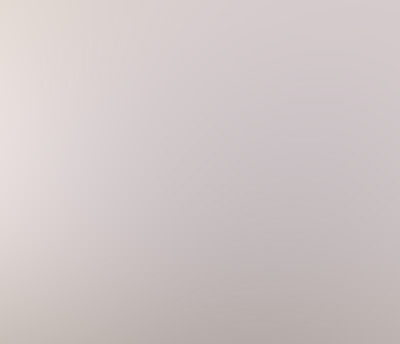 (usual round ufos are for human abductions and pilot predators are reptilian..)
He cogently said :
“Something is happening, which is a good sign that what you are doing is having some effect.”
Love, Robert
That pithy and cryptic wisdom , shall  have to suffice.  My individual reptoid microcosm experience, surely reflects some greater global macrocosm, with these entities and larger mankind. We are all alone, together.
I have  learned that anxiety is the soul’s natural reaction to psychic intrusion; something, an entity unseen, prying and opportunistic, has entered your energies to peek within. The greater the wave of panic the more potent the intrusion and the entity.
For those who suffer,  wrestling with horrid waves of electric anxiety, this can be tested, simply:
With the next anxiety or panic attack onset, forcibly order it away, in the name of God or Jesus or The Great Spirit, or “The One” and anxiety will abate immediately .
It may resurge again as the entity responds initially and withdraws, as since its nature is sinister, stubborn, and predatory, it will re enter.
Continue to banish it and you see that panic abates, with this tool.
It is normal then to realize that you are  in an unseen war and so far down the rabbit hole, that you fear you won’t have enough breadcrumbs to find your way home.
But you have by-passed all medical psychiatrists who would have only thrown pills at the symptom.
The waves of crashing tsunami panic that vanished, briefly, will vanish increasingly with even more spiritual insistence.
A wave of free floating anxiety  will again reestablish a foothold , testing your authority anew,  as stubborn demonics/ reptilians intrude within your energies, again.
Panic attacks are psychic/telepathic intrusions, hitchhiking, by such demonics.
Yellow jacket wasps at a human picnic cans of cola, these  entities are unerring, persistent and sinister, and surely cause anxiety attacks and wild vivid “dreams”.
“Night Terrors” and panic attacks are disabling, but merely the symptoms, not the disease, itself, which is telepathic intrusion / attack. To mankind, what’s the balance, on the benefits side, physical universe side?
Alien technology, recovered from downed discs and other craft, has already inspired Skunkworks to give us the ability to recreate and reverse engineer:
-lasers,
-fiber optics,
-nuclear power,
-cold fusion anti gravity,
-microwaves,
-stealth technology,
-weaponry sabers.
– varied nanotechnology,
-microchips,
-specialized surgical tools,
-cloning-genetic engineering-
and most recently a scramble to deduce ‘smart skins’ of craft which like chameleons, alter shape and color according to environments.
All of these magical technologies were successfully studied, reverse engineered and imitated.
We have a lot to be thankful for because of Klaatu, even though he is the complete opposite of the charming, handsome gracious, elevated spirit in film and in book.
He, in reptilian form and in grey form instead sees us in much the same perfunctory way, that we see chickens. Skunkworks is merely setting deck chairs up, aboard the Titanic.
Postscript:
“For we are fighting with people not made of flesh and blood, but against persons without bodies—evil rulers of the unseen world, those mighty satanic beings and great evil princes of darkness who rule this world, and against huge numbers of wicked spirits in high places.
Put on all God’s armor so that you will be able to stand safe.” Ephesians 6.
Abductions and their remnant elusive memories have opened all this for Paul, a confirmed atheist, UNTIL Paul saw aliens float him out of his body, in his bed, at night.
Then, he knew that they were interested in an essence that he never suspected that he had, a nonphysical soul.
Our spiritual powers that interest and addict interdimensionals are the very powers that can be used to thwart further attacks.
They infect auras with attachments to themselves and ride the reincarnation roller coaster with human beings, as a sanctuary, to avoid the death that they fear and to steal the spiritual recycling that we have.
Souls are garnered, detoured from our natural spiritual evolution in Heaven.
These joyriding grays can be sinister, discorporate alien souls, stuck to our energies, who bring a new meaning to the concept of a silent invasion.
((Illustrations from Earthfiles.com    http://www.earthfiles.com))