UFODigest.com » Aliens and UFOs » Ancient Astronauts » THE OLMECS AND THE BASALT DISK 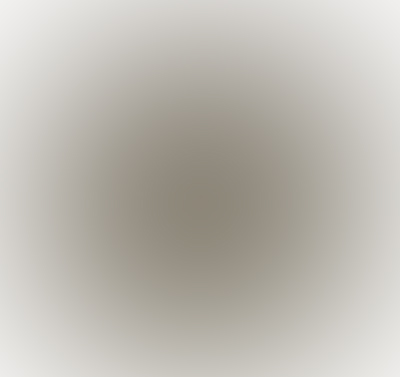 During the excavations of the ancient Olmec capital of San Lorenzo Tenochtitlan city, archaeologists found a basalt disk with two carved prints resembling eagle claws, as well as a damaged sculpture of a jaguar with an open mouth and crossed front paws (one of them damaged). These artifacts could belong to some notable resident.
Click here to enlarge top photo.
In the Mexican state of Veracruz on the territory of an archaeological Olmec ceremonial center of San Lorenzo Tenochtitlan, two pieces of art created about three thousand years ago and related to the mysterious Olmec culture were found. The discovery made ​​near the Palacio Rojo (Red luxury palace), a home of the rulers of the first capital of Olmec. Currently 25 percent of the total area of the palace complex has been excavated.

Publisher’s Note: Came across this article on the English.Pravda.Ru website and thought it was worth sharing because of the discovery of the Basalt-Disk in Mexico. The article was writter by Igor Bukker. If you would like to read the article in the original Russian click here: http://www.pravda.ru/science/mysterious/past/05-12-2013/1184239-tenochtilan-0/. Enjoy Dirk

In the pre-Hispanic period on the territory of the modern state of Veracruz there were four Indian cultures. Huastec and Otomi lived in the north, and Totonac in the northern and central part of the state. The Olmecs, the representatives of one of the oldest cultures in the Americas, dominated the southern part of today’s Veracruz. Representatives of this people inhabited the coastal plain areas of today’s states of Veracruz and Tabasco (southeast of Veracruz) sometime between 1000 through 300 years BCs.

Archaeologists have discovered several Olmec centers in Veracruz, including San Lorenzo and Tres Zapotes. These settlements were probably the most complex “ceremonial” centers throughout Mesoamerica during its prime. For this reason, many anthropologists consider the Olmec culture to be the mother of many subsequent mid-American cultures. San Lorenzo Tenochtitlan is the ancient capital of the Olmec, whose construction was commenced in about 1800 BC., and the peak of prosperity of the city took place in 1000-1400 BC.
At the time, the city spread over an area of ​​2.2 thousand square meters and could permanently host a thousand to 1,200 residents. Today, San Lorenzo Tenochtitlan is a collective name of three extensive archaeological sites – San Lorenzo, Tenochtitlan and Potrero Nuevo. Incidentally, this Tenochtitlan is not to be confused with the Aztec capital located on the territory of contemporary Mexico City.
“San Lorenzo, undoubtedly, is the most unusual of all the pre-Columbian culture centers in the New World,” argued Valery Gulyaev, PhD, professor of historical sciences, and an expert on ancient civilizations of the Institute of Archaeology RAS “All of its buildings and facilities now hidden inside the earthen hills stood on the flat top of a steep and precipitous plateau rising above the savanna to a height of nearly 50 meters. During the rainy season the entire surrounding plain was filled with water, and only the high plateau of San Lorenzo, like adamantine rock, stood in splendid isolation in the midst of the raging elements. Nature seemed to have purposely created a safe haven for people.”
It turned out that at least the top six or seven meters of the plateau with all its ridges and ravines were the creation of engineering thought and human hands. It is surprising how it was possible to shovel such a mountain of earth with no special equipment. This is one of the puzzles of this nation.
The Olmec culture is famous for basalt head sculptures, some weighing nearly 40 tons and having a height of about three meters. These colossal heads are located in these exact areas. Basalt was delivered from a quarry located 80 kilometers away, and according to some scholars, ornamental material was likely delivered on rafts. In many Olmec settlements pyramidal hills were discovered. The Olmecs could be engaged in cultivation of crops and fishing. By the year 300 BC., the Olmec civilization has died out due to unknown reasons.
Archaeological excavations have revealed another surprising peculiarity. When a series of stone statues found previously or during ongoing excavations were mapped, they formed rows stretching from north to south. In addition, each monument of San Lorenzo was intentionally broken or damaged, and then laid on a special bed of red gravel and covered with a thick layer of earth and garbage.
According to the newspaper El Universal Veracruz, archaeologists found a basalt disc with a diameter of 61 cm, with two carved prints resembling eagle claws, as well as a damaged sculpture weighing 300 kg and depicting a jaguar with an open mouth and its front paws crossed, one of them damaged. Presumably, the artifacts found could belong to a notable resident.
During excavations on the territory of the Red Palace, archaeologists discovered incomplete or damaged sculptures made of basalt in homes and warehouses. Since this ornamental material was delivered from remote areas and was highly valued, the Olmecs did not discard damaged products but used them to create new works of art.
Source; http://english.pravda.ru/science/mysteries/09-12-2013/126335-olmecs_basalt_disc-0/