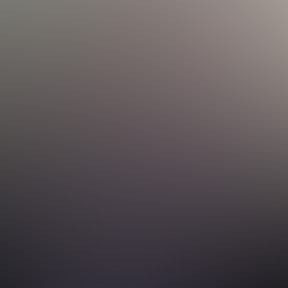 Publisher’s Note: I was reading my Google Alerts the other day and came across an article featuring longtime UFO Digest contributor Regan Lee, author of the ‘The Orange Orb’. It appears by the article that she has seen a UFO and had posted the sighting on her blog. The article I read was published online at the The Examiner.Com and was written by Jack Brewer! Enjoy Dirk
The new year was barely moments old when Regan Lee had already experienced a UFO sighting. ‘Orlando Paranormal Examiner’ obtained statements about the incident via email Thursday from the paranormal blogger, as well as comments about her esoteric interests and plans for the future.
The sighting
According to Lee’s blog, ‘The Orange Orb‘, she and some others were on the porch of her home in Eugene, Ore., watching fireworks as 2014 arrived. The display stopped, and a few minutes after midnight Lee spotted what she described as a large object coming towards the group.
“This thing which I assumed was a plane, though an odd one, was moving upwards,” Lee wrote early the morning of Jan. 1 at ‘The Orange Orb’. “Cylinder shaped, with bright – really bright – orange lights, or more like, the whole thing was one orange light. I didn’t see any other lights like a plane would have – no red, white, etc.”
She explained Thursday to ‘Orlando Paranormal Examiner’ that she looked for characteristics as would be on a plane, such as wings and a tail, but saw none. Neither did the object make any sound.
“It was orange, either one light or a few, but so close together it looked like one,” Lee explained. “It came from the east, headed west, rose upwards. As it did so, dimmed – no lights, or color, except a bare grayish kind of light.
“Then it descended, and looked white. I had gone to get the binocs, looked through them, the object now was round, whitish with a blue tinge and kind of translucent. Headed northwest. Watched it til it was gone from my sight.”
Writer and witness
Regan Lee is no stranger to the paranormal community. She writes for ‘UFO Magazine’, is a columnist at Binnall of America and maintains several blogs, including ‘Octopus Confessional’ where she keeps a finger on the pulse of Big Brother. She has spoken openly over the years about her own experiences and UFO sightings, one of which inspired the title of ‘The Orange Orb’.
Several years ago Lee and her husband experienced what they would each later describe as the sighting of a flying orange orb. Each interpreted missing time but, curiously, some details would later seem fuzzy, such as exactly when and how it happened. Lee did not feel the confusion detracted from the strangeness of the circumstances, but added to it.
“To this day we argue over some details,” Lee explained Thursday, “but we both agree that we had missing time and about the object itself. Single orange sphere/light – rather the object lit from within, so it seemed.
Article continues here: http://www.examiner.com/article/blogger-regan-lee-starts-new-year-with-ufo-sighting