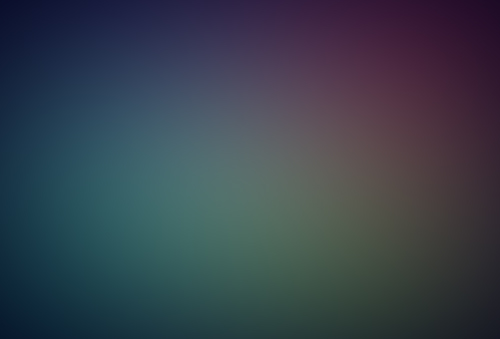 When I was in my 20’s I had an experience with a strange red orb. I have been aware since that time that they exist and that they are unknown in nature.

My encounter occurred when I noticed a dodge ball size glimmering red orb sitting among the tree tops apparently looking in to my bedroom window.  Not knowing what the strange orb was I immediately called my young husband in to look at the orb sitting in the trees. That is about all we remember of that night until the next morning when my husband and I woke up on top of our still made bed with clothes on backwards and twisted while feeling ill and confused. My husband immediately went outside to the look for the strange orb we had seen the night before. He climbed in to the trees where the orb was located but could not find any sign it was there.

For weeks after seeing that strange red orb both my husband and I felt ill and as if we were in a daze. We have no idea what the swirling red orb was or what it wanted. Both my husband and I had faint memories of being outside that night and a slight recall of standing on our deck. We could not remember going to bed or falling asleep and have no idea what happened between standing together at the window viewing the strange orb and waking the next morning fully dressed on top of the bed.

Over the years I have written about other people who have had similar encounters with strange orbs. Last year I had an avalanche of reports from people living on Long Island New York who were seeing large plane size orbs flying and hovering over the coastal areas of Long Island.  Now as we enter the warm weather again I am once again seeing an increase in the return of orb sightings.

I do not know what these things are. I do know there are two different types of orbs .One is the smaller type of orb that seems to spy on people and will interact with them if it so desires. The others are the large craft size orbs that are seen flying in our skies in which they are reported doing incredible maneuvers as well as hovering above groups of people as if it were deciding whether or not to advance towards them.

Since I have no idea what these things are or who may be piloting or controlling them I can only fear them.  Those who have encountered them, as I have, report them to be invasive and frightening as well as leaving those near them ill and confused. My thinking is that anything that enters your life uninvited, controls your environment and possibly uses you against your will in any shape or form is a problem for everyone. It is like many situations that are considered unknown where the victims are neglected by society and at times abused a second time by the very people who should be protecting them. Instead of investigating who is behind these things the victims are left alone in humiliation and scorn to deal with the aftermath of their ordeals alone without any help at all.  So far those who have had to deal with these orbs both big and small are finding they are being met with the same ridicule, rejection and denial of help that those who report UFO sightings, lost time events or abductions do. This is a sin of our society but a fact concerning how we deal with these things.

At this point in time it is obvious that millions of people worldwide cannot all be having psychological breakdowns or seeing sun reflections or having the same nightmare. It is clear that orbs are being seen in many shapes and forms and the fact is that we have no idea what they are or what they are doing.

I find my email box filled with many interesting reports however the sightings of orbs seems to be an ongoing constant for the last few years.

I received the following email from a reader that highlights not only that are people dealing with these things but that they also do not know what it is that they are witnessing. The following email is a perfect example how widespread the orb issue is becoming in our society and how confused the public is to what they may be seeing.

“Hi, I read your article online about you seeing a big red orb outside your home and I wanted to email you that my sister’s husband has also witnessed seeing a red orb like thing outside of his the window.

Two mornings ago at 3am my sister’s husband woke up to find this strange red light that he described looking  like a break light from a vehicle  that kept getting closer and closer to the window. He jumped out of bed and went outside to see what was going on and it was gone. He thought it was strange that someone would be backing their car up closer and closer to the window at 3am at a house that’s way out in the country.

In December in the same house, I woke up around 4 or 5am to feed my 4 month old baby. After I fed her I laid her down and got back into bed. About 5 or 10 minutes later the entire bedroom lit up in a blue white light. I thought I was seeing things and then it happened again. The light lasted about 2 seconds each time. It wasn’t raining or lightning outside. I have no idea what caused that light.

My mom has also witnessed seeing a round red light hovering over the pasture and saw the hallway light up in a blue white light too a few times over the past 30 years that they have lived here. There have been a few other strange occurrences that have happened there as well. What do you think is causing these strange round lights at our windows and the blue light shining inside our house? The house is located in Chappell Hill, Texas.”

I found this email concerning as it was clear the people involved had no idea at all what they were dealing with other than the fact it was not normal and extremely strange.

Knowing there was an infant in the house I advised her to do all they could to prevent these things from having easy access to their home. I suggested adding as many bright outside lights as possible to the property and keeping their windows and doors locked and covered at night. I also told her that the more people around the house and property the safer they would be. I suggested not leaving anyone completely alone at the house. I also suggested that if it happens again that everyone in the house should gather in the center of the house away from the windows and doors and immediately call the police. I also told her to report someone shining a bright light into the house who is trying to break in to the property.  I told them not to call in a strange orb or craft as that may be considered a joke by the local authorities however they may respond at once to an ongoing break-in.  I suggested they do this every time a strange light approaches the house in hopes the local law enforcement might catch what is floating along the windows and fields of this family’s property and be able to pursue, catch or witness what is happening to them.

I hope one day soon our society will decide that having strange objects, lights and intrusions into the lives of citizens going about the normal routine of everyday life by unknown forces is worth the time and trouble to develop real investigations and actions to protect us all from this high strangeness. I guess until it hits home and happens to you, at your house to your loved ones, it will just remain a shrug of the shoulders to most who hear about these encounters. However, know it is happening more each and every day. It may only be a matter of time until it is your turn to look into the unknown alone one dark night. Maybe when enough people feel the fear of facing these unknowns alone and without help society will decide to think twice about our attitudes about things we consider lightly and chalk up to just another fun topic for a TV series on things we toss off lightly as paranormal. Remember the definition of paranormal is:” things beyond the range of normal experience or scientific explanation”. Paranormal subjects are those subjects we do not yet understand with our present knowledge of science. It means we do not understand it not that it does not exist or is not understood by others more advanced than we are!

I wish I had answers for people who ask me what the things are that fly our sky and peek in to our windows at night. I wish I knew why they take some of us and pass over others. I wish I had a place to tell you to go for help or answers however as it now stands we are  all  completely alone when it comes to dealing with the unknown.