When one encounters a demonic, at bedside, one knows that the expression, ‘bad dreams’ simply doesn’t make the grade.

The nightmares are extraordinary in clarity and vividness and cause angst,  comparable to consciousness, realistic in every way.

They begin even before one’s head hits the pillow, with eyes barely just closed,  before one starts to dream and these vivid nightmares underline the powerful nature of an unholy one’s psychic, telepathic attack.

That morning’s, was typical of the intensity and ferocity that demons bring to the torture of the spirit and mind: my experience, follows, below:

I am drowsing over the bathroom sink, half asleep and yawning, supporting myself with my arms on both sides of the sink, eyes semi-closed, tired,  half asleep and completely naked when something gently brushes my face and loins,  just below the sink and just above  the sink.

I open my puzzled bleary eyes and clearly see an enormous conglomeration of festooned fishhooks surrounding me, suspended, hanging from the ceiling above the sink.

It is a filigree chandelier of thousands of razor sharp, hanging and connected fishhooks that I’ve stumbled into and onto stark naked and half awake.

Pinching sharp connections of fishhooks causing pain into my groin area, into my lips and into the cheeks of my face sharply apprise me, more quickly panicking now, that I’ve walked into a booby trap and I begin to be aware that I am deeply hooked in myriad places.

I force myself to think but panic rises as a gorge in my throat and I want to run from this place but am transfixed, stuck by a horror that I cannot, for now I am attached.

Because I have gently moved, I am more firmly hooked, into my genitals, and now hooks bite and pull through my lip and my cheek, as I steady myself to  weigh the moment, in growing horror.

To move backwards, now, in shock or in a panic of flight, I realize, is to only deeply gaff myself further, in dozens of places, inextricably and beyond help.

I am attached painfully to fishhooks from my top to bottom, still awakening, sleep clouding my mind and standing at my sink!

As I lift my right arm to gently work out one fishhook that has gently pushed against and into  a cheek muscle, razor-thin dozens of other fishhooks, fasten against and bite into my flesh, scaring me badly and driving my barely controlled panic  into a growing sense of desperation, deepening my frantic angst .

As I fully awaken, more quickly now, there is a gathering sense of heart pounding panic and helplessness, as the hook in my cheek tears deeply into my mouth and the fishhooks unseen beneath the sink, begin to bite deeper, and more painfully,  into me.

I am a marionette, impaled from face to scrotum and in  a paralyzed, frozen wild frenzy, immobilized in pain, horror and fully panic struck!

I have wandered unknowingly into this macrame of razorblade – like thin fishhooks, obviously on purpose, some madman and murderer fiendishly has concocted over my sink, in my bathroom, just for me to walk into!

The slightest movement brings sharp painful reminders that I am in too many places stuck fast, and in a growing nightmarish predicament that I realize I cannot solve.

I now begin to feel despair, unable to scream, but only to moan and mutedly, for the hooks bite even more deeply into my facial muscles, when I open my mouth to scream out  for help, from my wife, asleep in the other room.

Opening my mouth to yell, I feel the deeper bite of the hook into all the deeper muscles of my body and face, and I am only able to growl and moan loudly, aware that I won’t likely be able to reach her ears, with my low moaning for assistance!

I am becoming more entrapped with every movement and I am so full of fear, that I can hardly breathe.

I am impaled throughout, on a monstrous wind chime of dangling fishhooks, completely and totally trapped, in heart pounding horror,  fully awakened, alert and conscious, now.

My fear level climbs to near hysteria when suddenly, I awaken in a startled reflex, in bed.

It took me weeks of active banishments and many passive tools of metaphysics to eventually deter this demonic and I have often offered prayer for those it subsequently likely attacked, after it  finally left me.

But I have never forgotten that out of body attack to my astral self, recalled as  a powerful imposed nightmare; one  flirts with the Beast of Madness, in such demonic encounters 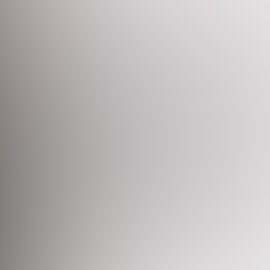 I was at a dinner just the other night, sitting next to a Catholic priest, I know, who had previously privately admitted to me a while ago that he had lost his faith even though he still ministers to others and conducts Mass.

I have had private discussions with him to assert all the contrary proofs, with whatever eloquence I could muster, with my conviction that God, Heaven and a spirit world of reincarnation exists.

At this dinner he leaned over and asked me to listen to an account of a disturbing dream that he had the night before and to proffer “my opinion”.

In this dream, he related that he was held tightly by a dark being’s force, as strong as a bull, who began to lift him up towards another “entity of unspeakable demonic evil”, and he said that in the dream, be began to pray, and that each time he said the word,”God”, the lifting force was weakened until he was deposited down safely on the ground away from the horror that awaited him.

I assured him that the dream likely meant that he must somehow ,” renew his faith”, a spiritual message.

He appeared to seem dubious.

I then assured him that though he remained dubious, it was, at least to my mind, remarkable that he was able to attain any level of lucidity, within the dream, to have had the presence of mind, to begin to pray.

Just a day or so later, I heard a remarkable suggestion, from someone, who had read this article, who said that she employed “a safe word” that would return her safely to her bed,  an apt spiritual tool she employed, in such a crisis,  though I admitted regret, I reasoned, as I was unable to emerge into enough “lucidity” in such predicaments to do just that.