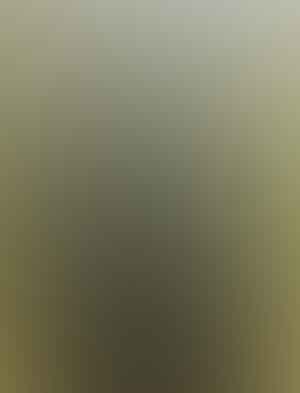 Due to the nature of this website I have attempted to discover if St. Valentine had any special qualities that may have contributed to his popularity, which eventually led to his sainthood. The following information was gathered from the Internet.

At least three different Saint Valentines, all of them martyrs, are mentioned in the early martyrologies under the date of February 14!

One is described as a priest of Rome, another as the bishop of Interamna (modern Terni), and these two men seem both seem to have suffered in the second half of the third century were been buried on the Flaminian Way, a Roman road leading from Rome to Ariminum (Rimini), and was the most important route to the north, but at different distances from the city.

In William of Malmesbury’s time (12th century) what was known to the ancients as the Flaminian Gate of Rome and is now the Porta del Popolo, was called the Gate of St. Valentine. He was an English historian and was born about the year 1080/1095, in Wiltshire. His father was Norman and his mother English. He spent his whole life in England, and his adult life as a monk at Malmesbury Abbey in Wiltshire, England.1 The name seems to have been taken from a small church dedicated to the saint which was in the immediate neighborhood. Of both these St. Valentines some sort of Acta are preserved but they are of a relatively late date and of no historical importance. Of the third Saint Valentine, who suffered in Africa with several companions, nothing further is known.

Valentine’s Day started in the time of the Roman Empire. In ancient Rome, February 14th was a holiday to honour Juno.2 Juno was the Queen of the Roman Gods and Goddesses. The Romans also knew her as the Goddess of women and marriage. The following day, February 15th, began the Feast of Lupercalia.

The lives of young boys and girls were strictly separate. However, one of the customs of the young people was name drawing. On the eve of the festival of Lupercalia the names of Roman girls were written on slips of paper and placed into jars. Each young man would draw a girl’s name from the jar and would then be partners for the duration of the festival with the girl whom he chose. Sometimes the pairing of the children lasted an entire year, and often, they would fall in love and would later marry.

Under the rule of Emperor Claudius II Rome was involved in many bloody and unpopular campaigns. Claudius the Cruel was having a difficult time getting soldiers to join his military leagues. He believed that the reason was that roman men did not want to leave their loves or families. As a result, Claudius cancelled all marriages and engagements in Rome. The good Saint Valentine was a priest at Rome in the days of Claudius II. He and Saint Marius aided the Christian martyrs and secretly married couples, and for this kind deed Saint Valentine was apprehended and dragged before the Prefect of Rome, who condemned him to be beaten to death with clubs and to have his head cut off. He suffered martyrdom on the 14th day of February, about the year 270. At that time it was the custom in Rome, a very ancient custom, indeed, to celebrate in the month of February the Lupercalia, feasts in honour of a heathen god. On these occasions, amidst a variety of pagan ceremonies, the names of young women were placed in a box, from which they were drawn by the men as chance directed.

The pastors of the early Christian Church in Rome endeavoured to do away with the pagan element in these feasts by substituting the names of saints for those of maidens. And as the Lupercalia began about the middle of February, the pastors appear to have chosen Saint Valentine’s Day for the celebration of this new feaSt. So it seems that the custom of young men choosing maidens for valentines, or saints as patrons for the coming year, arose in this way.

While it seems that the exchange of valentines is more the result of secular custom rather than the memory of St. Valentine, and that the celebration has been further paganized with cupids and the like, there is a Christian message that should be remembered. The love of our Lord, depicted beautifully in the image of His most Sacred Heart, is a sacrificial, self-less, and unconditional love. Such is the love that each Christian is called to express in his own life, for God and neighbor. Clearly, St. Valentine ? no matter which one ? showed such a love, bearing witness to the faith in his dedication as a priest and in the offering of his own life in martyrdom.3

(This article has been compiled from many sources over the years. If any part of this article references a source not mentioned please notify me and the oversight will be corrected.)