UFODigest.com » Aliens and UFOs » Alien Abduction » The Symbol and the Lifelong Mystery 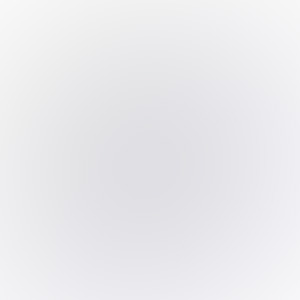 It’s been several years, now, since Chris Holly first began seeking input from her readers about a mysterious symbol that has been part and parcel of one Real Time Abductee’s life. This abductee was approaching age 60 when Chris’s online quest began, but for the abductee the quest has been underway since about the age of three. That’s the earliest age this abductee recalls becoming the focal point of strange events that continue to this day.

When the abductee’s strange experiences first began is the same time this unexplained symbol began to appear to the child, projected in some manner along the walls of the toddler’s bedroom at night. The projection of the symbol wasn’t some one-time event, either. It became a nightly experience for the child, stretching out for a few years and eventually leading the child to acquire a compulsion as strange as the method through which the symbol was introduced and the meaning of the symbol itself. The three-year-old began to draw this mysterious symbol on any surface that presented itself. Perhaps it was children’s coloring books at first, reproducing the symbol with crayons. It would escalate to other surfaces as the years raced by, though, ranging from calendars to checkbooks, from phone books to restaurant menus. Without thinking, when a writing instrument is in the abductee’s hands and a writing surface presents itself, the mysterious symbol appears. This compulsion to reproduce the symbol mysteriously projected on a child’s bedroom walls at age three continues to this day, nearly six decades later, and it shows no signs of fading away.

When the symbol first appeared and other strange events began to take place involving the toddler, the child’s parents thought little of it. They had a house full of children, and this child’s fantastic accounts of odd occurrences, they felt, were no more than the normal nightmares of a child seeking attention among a home filled with more than the usual number of siblings. Although the abductee was so young when these events first began to manifest themselves, the now middle-aged abductee can recall being “taken” while playing and then returned from a height, drifting down to earth in the midst of a white ray of light.

Needless to say, the life of this abductee has never paralleled the lives of most people. And one of the sharpest differences between this abductee, the average man or woman on the street and even fellow Real Time Abductees is the symbol first seen as a mysterious projection onto a child’s bedroom walls nearly sixty years ago. That symbol continues to be reproduced by this abductee, often without thinking – much like someone producing what’s popularly known as “doodling” – and there is a set pattern to the strokes used to produce this symbol in one continuous line, a pattern and sequence that should have been beyond the capabilities of a three-year-old. But this abductee, at the tender age of three, proceeded to reproduce this symbol over and over without variation or form. We asked the abductee to draw this symbol, showing how it’s made with one quick stroke of the pen. I will tell you that this symbol jumps from the tip of the abductee’s pen with such speed that it’s impossible to follow the method. Here it is, broken down to show you the direction used to make it in one quick move.

As a three-year-old toddler, along with the usual scribbling artwork of a typical child of similar age, this tiny abductee began to constantly reproduce this mysterious symbol. The puzzling practice continued on through childhood, and the same figure kept appearing along with every drawing the abductee made. When the child’s parents asked what this symbol represented, they were enthusiastically informed by their offspring, “That’s me or That is about me !” The ritual of the symbol would grow to become a persistent enigma for the parents and an apparently unshakable compulsion for the abductee.

As the years went by and the abductee began attending grade school, the symbol made its way onto the pages of schoolwork, art work and any surface that could be used to write or draw. By age 8 the child’s teachers began to insist that the continuous addition of this seemingly meaningless symbol to all the little abductee’s work was abnormal and must stop.

In her conversations with the abductee, Chris Holly was told a great effort, involving intense concentration and focus, was needed to keep from mindlessly reproducing this symbol in places it wasn’t allowed. The symbol had become so pervasive a part of the abductee’s personality that ceasing to obey the compulsion to reproduce it took an enormous amount of willpower for one so young.

As I write these few lines, the abductee is 60-years-old and has spent a lifetime with this symbol embedded in some compartment within the brain, waiting for an unguarded moment to once again find its way onto some otherwise unsullied surface. Those unguarded moments still occur with with no sign of abating. The habit or ritual of automatically forming this odd pattern was controlled during the remainder of the abductee’s education, right through the college years. But the necessity to please instructors by refraining from placing the image on the pages of school efforts is gone, and nearly 40 years later the enigmatic figure can once again be found wherever the abductee has occasion to take a writing instrument in hand, appearing on bank books, calendars, notepads, and anything lying around that’s not likely to be of an important nature.

I’m certain that, by now, the total oddity of a 3-year-old child developing such a complex one-motion symbol, followed by the overpowering compulsion to constantly reproduce it for nearly six decades, transcends the usual high level of weirdness presented in the reports of my investigations. But it is what it is, as some people are often heard to say, and our writings on this subject have been for one purpose: solving tis puzzling case.

In previous writings on the subject of this abductee’s experiences, Chris has been asking readers if they’ve ever seen this symbol or have any knowledge of it beyond what I’ve been able to present. You can always contact us through Chris Holly’s website, if you have anything to add. To date many good people offer suggestions, some even presenting their own weird symbols. All of the responses have been passed along to the abductee; however, the abductee feels none of the suggestions received so far is even close to deciphering the meaning of this one line continuous motion symbol.

Two people have given us material that may bring some answers to this mystery. And we remain hopeful that by reaching out one last time to the readers some insight or knowledge concerning this symbol might come to light.

For now, the symbol remains as mysterious as the life of this Real Time Abductee.

Be careful out there and always pay attention to your surroundings.

Note: Abductee image of how the symbol is created is located on Chris Holly’s Paranormal World @ http://endlessjrny.blogspot.com/