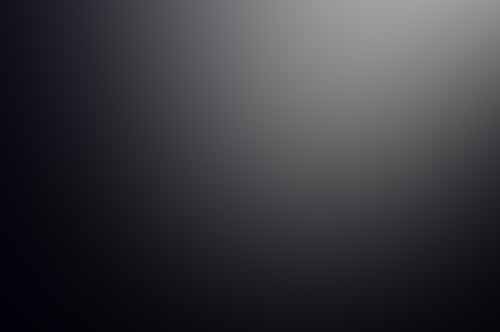 The photo below is a photo of Tycho crater on the moon. It was shot by the LROC (LUNAR RECONNAISSANCE ORBITER CAMERA) and is on the LROC website at Arizona State University who handle much of that for NASA.

I recently have aired shows in which I showed photos of a gigantic facility (artificial construction) located in Tycho crater, and the photos were zooms from the photo above. On air, I stated that I had done the zooms and seen the facility but was using someone else’s zooms instead of my own because he obviously had better software and got clearer results. Naturally, this caused the die-hard skeptics to assume something as possibly a bit fishy here.

The photo above  shows the entire moon and the Tycho crater.

Well, toss the fish and get real.  I have never hoaxed and never will.  NASA, on the other hand, has a different track record.  Download the picture yourself.  There’s the link right under the photo.  Load it in your photo software and zoom, zoom, zoom, zoom.  You will see this for yourself. I am even going to give you the guided tour to find this once you have loaded that picture into your software.

We are going to zoom in on the area in that blue box.  At the moment, your eyes do not see anything anomalous there, but that’s where the facility is located.  Also, remember this is a shot taken by the LROC which is in orbit above the moon.

Tycho crater is located on the southern part of the moon and visible from Earth.  It is easily spotted through a telescope as the central feature of a bright ray pattern caused by the impact that created it.

Tycho crater is 85 km in diameter.  That’s 52.8166 miles across.  So, what you are seeing in that strip from ASU is a bit more than the 52.8166 miles.  That’s a lot of territory.   Obviously what we are going to look at in that blue box appears extremely small in this wide view from space.  So, we have to zoom in on it a lot in order to see it.  But, see it we will.

Here is Our First Zoom

This first zoom is provided simply to give you some perspective.

Ok, what do you see?  This is a huge facility with two parts.  There is a huge part of it on the left and sitting a bit beyond the one on the right.  The one on the right does not appear to be as large, but is still quite large.  Does ANY of this look like nature did it?  Or, does it look like architecture and engineering?

This photo is the reason I decided to use the still shots I got from the YouTube video about it when I showed them on the air. The YouTube video (by ‘streetcap’) is done with better software and the photos are much less pixelated than this one produced with my software.  But, before we go any further, I want to use this photo to point out some important features.

This photo points out a few of the very interesting features of the complexes.  Remember, this is my zoom with my software.  Unfortunately, to zoom any further with my software is to get more and more pixelated results.  This is why I used the ‘streetcap’ still shots.  His software produced better quality zooms, as you will now see. Now, let’s look at the ‘streetcap’ zooms.  They are of the area I have labeled ‘Complex 2’ above.

And now, a bit closer…

So what do you think?  Chinese wedding lamps?  Swamp gas?  Weather balloons?

So far, NASA has been silent about this.  This is THEIR photo shot with THEIR satellite camera, the LROC. Download it yourself. Zoom it yourself.  See for yourself.  What will the NASA explanation be?

They say they are looking for life “out there” all the time.  They officially state that they have not found any signs of extraterrestrial life “out there”.  So, if they are telling the truth (and I seriously doubt it) then that is an admission that this is a human base.  Why?

It is an admission because they cannot deny this is in THEIR photo.  There it is.  What do you see?  Are you seriously going to let them talk you into believing your eyes are lying?  If so, I’ve got something for sale…

6 thoughts on “The Tycho Facility”