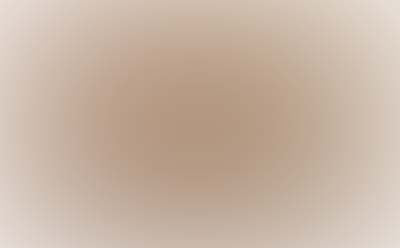 See the Jesuit Video of Nibiru

The “Jesuit Footage”consists of a montage of two shots filmed in a video broadcast by an alleged probe launched into space by NASA in the early 90’s called Siloam, which it seems that the space mission has been promoted by the interest of the Vatican to resume some pictures of the elusive Nibiru, the tenth planet of the Solar System, known and adored by the ancient Mesopotamian peoples, and to monitor the approach to land.

The source of the movie appears to be a Jesuit priest, member of a secret Vatican intelligence structure (SIV), which has taken a serious independent researcher to disclose information to the public, he said, of relevance for the future .

This video had been presumably taped in 1995 from a space probe named Siloe and its images had been later sent to a secret radio-telescope hidden in an abandoned oil-refining plant in Alaska, totally managed by Jesuits. According to this person the reason to establish the S.I.V. was the meeting with an Alien delegation at Muroc Air Field Base in February 1954 in presence of President Dwight Eisenhower and James Francis McIntyre, Bishop of Los Angeles. After the incredible event McIntyre flew to Rome to refer with Pope Pius XII who decided to found the S.I.V with the aim to gather all possible information about Aliens and how they interact with the American Government. https://www.ufodigest.com/news/1106/jesuitfootage.html

Nibiru is a planetoid that Zecharia Sitchin, Orientalist Azerbaijani writer, basing his theories on the personal interpretation of the Sumerian texts, recognized as the tenth planet of the solar system which follow an elliptical orbit, beyond that of Pluto, is within the system in the center once every 3600 years, and is inhabited by an alleged alien race, the Anunnaki, which attributes the creation of the ancient Mesopotamian civilization.

This video seems to be a copy of a portion of the movie from the video master, even sharper than that the religious gave the Italian researcher, networking and broadcast on Disclose.tv

The Jesuit priest leading the bride in the aspects of Sitchin’s theory, confident that the SIV was warned of the approach of a celestial body in the solar system evolved host an alien race and that he received secret material, with the footage and photos of a planet Unknown to enormous size, approaching the solar system, from data transmitted by the probe Siloam, were undoubtedly clue.

There are many photos and many videos on the Internet that show something Nibiru near the Sun and that appears to suggest that Nibiru has been hiding behind the Sun. In reality it is false images produced by internal reflections in the lens, often known as lens flare.

News of the discovery of the tenth planet has been taken up by the press, include Ansa, but after a while it was inexplicably removed and now there is no trace.