UFODigest.com » Aliens and UFOs » THE WHERE AND WHY OF THE UFOS HAUNTING OUR SKIES 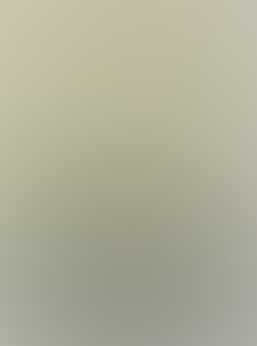 Several distinct kinds of UFO haunt the skies over Britain – and they have preferred “flight paths” too, says the author of a new UFO-hunters manual.

“People who claim to have been abducted have met evil and good aliens,” says Nigel Watson, author of The Haynes UFO Investigations Manual. “They often say that planet Earth is a battleground for these opposing forces.”

Haynes have published car manuals since 1956 – but their latest book focuses on a nippier and more elusive vehicle – “Unidentified Flying Objects.” or UFOs.

Watson says there is more than enough information for a guide – “thousands” of sightings, from crashed spacecraft to abductions to glowing balls in the sky – all documented by the Ministry of Defence.

Several distinct kinds of UFO haunt the skies over Britain – and they have preferred “flight paths” too, says Watson.

If you would like more information or to purchase this book from AMAZON.COM simply click on its title: UFO Investigator’s Manual: UFO investigations from 1982 to the present day

If you would like more information or to purchase this book from AMAZON.CA simply click on its title: UFO Investigator’s Manual: UFO Investigations from 1982 to the Present Day

“The most common sightings are classified by ufologists as ‘nocturnal lights’ or UFOs seen more than 152m (500ft) away from the witness, which are known as ‘Close Encounters of the First Kind’ cases,” says Watson. “Cases that involve encountering a landed UFO or meetings with their occupants are much rarer.”

A Ministry of Defence investigation concluded that many “lights” may be plasma balls in the atmosphere, of a type unknown to science.

Watson says that UFOs (and their fans) tend to show up “in the same areas for decades”.

“In the UK, Warminster, Wiltshire, Cannock Chase, Staffordshire, Bonnybridge, Scotland, Pembrokeshire, Wales and the Pennines are just some of their favourite haunting ares,” says Watson.

Fans flock to those areas, he adds. “There are some rare cases of people being zapped by lights from UFOs, but otherwise they don’t present any danger. A good set of binoculars, camera, note book and star charts are the basic equipment. Some ufologists use more sophisticated UFO hunting equipment that includes video cameras that can obtain infrared images of UFOs invisible to the human eye.”

“One of the earliest cases that involved Betty and Barney Hill occurred in September 1961. They saw a UFO as they drove from Canada to Portsmouth, New Hampshire, USA. When they got home they realised they could not account for 2 hours of their journey time. Through hypnotic regression they independently remembered being taken inside a flying saucer for a thorough medical examination.” 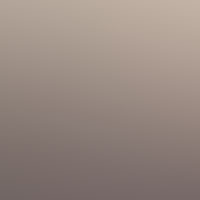 Watson says that government studies around the world have never come to any firm conclusions on whether UFOs really are from other worlds.

“It took a long time for ufologists to be convinced that abduction cases are worth investigating. These often involve people being involuntarily snatched away from their beds in the middle of the night.

“Prior to 1947, anything unusual in the sky was reported as a phantom airship or aeroplane, and during WWII balls of light were seen by allied pilots that were called ‘foo fighters’.”

Other scientists suggest that any technologically advanced civilisation would be unlikely to “reveal” itself in the form of blurred photos – or involuntary medical exams.

“Many that occur at night might be due to psychologically-based causes like sleep paralysis or very intense dreams,” says Watson. “As with most aspects of ufology it is hard to find totally convincing evidence and that is why the subject still intrigues me.”