Publisher’s Note; Found this interesting article at www.businessinsider.com in my Google Alerts and having watched The Highlander movie last night for the thousandth time found the timing more than mere coincidence. The article is written by Caroline Moss and makes me not happy that I am not a billionaire. Enjoy Dirk

When you’re worth billions, you can buy your way out of just about anything. Well, except for death of course. Or maybe not.

In a quest to live infinitely, five financiers are heavily funding longevity research, a venture that has become more legitimate in the last 10 years despite the fact that the obsession with immortality is no fresh concept.

Adam Leith Gollner has just written ☺“The Book of Immortality: The Science, Belief and Magic Behind Living Forever” and yesterday, Gollner wrote a piece for BookBeast detailing his findings on the bigshots who are determined to stretch their fame and live forever.

If you want more information about this book or wish to purchase it from AMAZON.COM, click on its title:  The Book of Immortality: The Science, Belief, and Magic Behind Living Forever 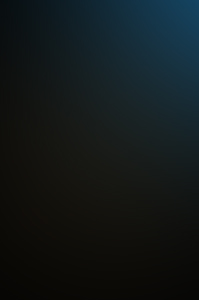 Take Larry Ellison for example. Ellison, CEO of Oracle and the fifth-richest person in the world with a net worth of $43 billion, hates death. The idea, he says in the book, that someone can “be there and just vanish, just not be there” doesn’t resonate with him.  So instead, he created The Ellison Foundation, dedicated to ending mortality, which gives out more than $40 million a year to fund research. Gollner notes that Ellison’s biographer Mark Wilson believes Ellison sees death as “just another kind of corporate opponent he can outfox.”

Then there’s Russian multimillionaire Dmitry Itskov. Itskov founded the 2045 Initiative with the goal of helping humans achieve physical immortality within the next three decades. According to Itskov, all we have to do is make the simple swap between our biological bodies and machine bodies as soon as possible. Our brains will be backed up in cyberspace and we’ll just download ourselves into bionic avatars whenever the mood strikes. Itskov believes we’ll be “100% immortal” by 2045, but he doesn’t suggest the idea that anyone would want to opt-out of becoming the equivalent of an iOS app.

Also featured is Google cofounder Sergey Brin, Paypal cofounder Peter Thiel (who is vehemently against higher education), and Santa Barbara-based venture capitalist and investor Paul Glenn, who made contributions to the Methuselah Foundation, whose cofounder Aubrey de Grey claims that “the first person to live to be 1,000 years old is certainly alive today.”