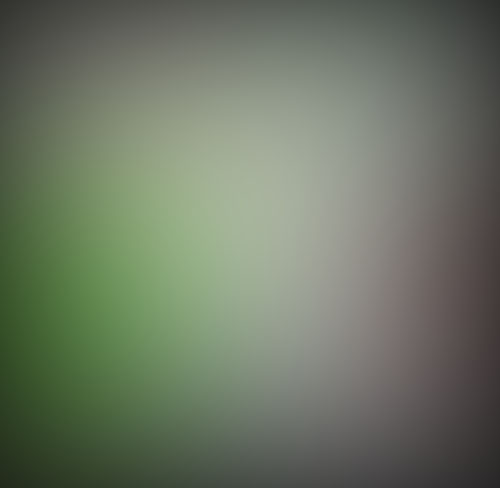 Like many of those interested in the paranormal I watch all the paranormal based TV shows that seem limitless. I do have a few that I find worth watching where well investigated ideas, information and evidence are presented with intelligent conversation providing the viewing public with worthwhile material. I have gained insight and have been able to educate myself on many topics I did not understand or had little or no knowledge about by way of a few well done shows. I enjoy and look forward to my small list of shows that fall in to that category.

My problem is all the other shows that pollute and by way of their ridiculous presentations of fake events and investigations leave the public unable to detect what is real information and what is a pile of malarkey!

At this point I have to ask myself if this saturation of insulting garbage is being tossed at us for the pure purpose of making money by the developers of the shows or if it is something more?  It has gotten to the point one has got to ask if there is a bigger purpose to the huge amount of disinformation being forced on the public. Could presenting ridiculous situations handled by bumbling fools ending with useless exploits be a way to drive us away from being concerned, rationally interested and wanting answers about some very curious and potentially dangerous topics?

The straw that broke this camel’s back came while watching a few episodes of a popular ghost hunting show. The show should be banned as the methods the young men use in their adventures are is his dangerous and foolish. The fact this tattooed often shirtless host often risks his life is one thing. My fear is that   young impressionable people may copy his antics and that could prove fatal for some teen that may idolize this foolish host of this ghost hunting show. He never seems to obtain any proof, or evidence that is substantial or useful.  His show continues without restrictions or seemingly without concern about the harm his methods may do to an innocent naive audience.  It was during an episode of this show where the host laid down under a large sharp ax hanging over a doorway and dared an angry ghost to drop the ax over his out stretched neck while he laid on the floor with his neck out stretched daring the ghost to behead him. I wonder how the show would have explained it if in fact the angry ghost had quickly and swiftly dropped that sharp ax across this ridiculous young mans out stretched neck detaching his head from his fool hearted shoulders?

Of course the show made sure (hopefully) that this would not occur. What they did not think about is the large number of silly non thinking young people who faithfully watch this show trying to duplicate the same antics in a location they may think is haunted or paranormal in nature. What if after seeing this host endanger himself over and over they follow the same route without the backdrop of a  staff of people co coordinating and choreographing the events on the show and wander off to find a real ax that could fall dead in to the top of their head.  Do the people writing and designing these awful segments ever consider the consequences of the garbage they are presenting to their viewing public?

Shows like that one really annoy me but the real camel back breaker came for me with the Mountain Monsters show now airing. For years real researchers have been spending endless hours and money investigating the reports of all the topics we consider unknown. Many trained hunters and researchers have spent years in pursuit of the truth concerning the world wide sightings of the Bigfoot creatures, strange unknown animals as well as moth man sightings among many other topics. There are organizations that have spent years trying to find real hard evidence concerning these anomalies that deserve our credit and interest. I can only wonder what these good hard working people think when they see episodes like the one I recently watched where a group of broken down mountain hillbilly men go out on a one day trip to hunt out a big foot which they rename the grass man.

They claim this creature is 9 feet tall nearly 1000 pounds living in a wooded area they intend to search. Not only do they   find this grass man on their one day hunt but are handed an excellent video provided by a local of this beast. They quickly build a trap to catch this grass man creature in which they claim the beast watches the one man they send out alone to build the trap. One has to wonder why they would allow one man alone out in the grass man creature’s territory to build a trap that the creature watches him build but that seems to go by without thought in this ridiculous show. Of course the group of men immediately find a Bigfoot house that contains a Bigfoot nest. Of course they get attacked by the big foot and run about yelling and screaming as the supposed beast attacks the house they are searching. A lot of running around the empty house takes place before they decide the beast simply decided to run away. They return to see if the grass man who watched them build the trap – ran to it and jumped into it which was truly laughable and of course no creature was found.

Amazingly perfect large animal tracks were found in abundance all over the place. According to the show the Bigfoot just misses the trap but they do get an excellent photo of the animal.  Let me sum this up. In one quick trip this group of non-professional men managed to obtain a great video of this grass man creature, find his home, find a nest he built, have a fight with him and obtain a clear photo of him.  They then decide to pack up and waddle back to their pickup trucks and leave. Am I crazy or is this to the point of extreme insult to all our intelligences?

If any of these events took place I think the first thing you or I would do is call the local authorities. I would think they would want to see the house and nest this creature lives in along with the video, photo and abundant foot tracks of this attacking creature.  I also would think they would want to show where they had heavy rocks thrown at them and where the fresh footprints could be found before they disappeared. The encounter as they tell it was clearly a danger to the community in which it took place.

Next would it not be their place to call a professional well known organization that has been hunting these creatures for years to have them come in to investigate the house, nest, and area where this creature had been living?  I am sure many universities and researchers of all types would have wanted to have a go at this but instead they piled into their trucks and drove away! I would think if the events shown on this show actually took place it would have been a find of all time. Obviously they are funning us which is entertaining but without question the type of garbage that keeps us in the dark ages concerning all of these topics.

This show had a similar ridiculous hunt for a Mothman creature which was completely the dumbest thing I have seen in a long time. They built a huge bug zapper that they set up. The antics on this episode was childlike and over the top silly. Oh and yes they forgot to set up a camera to take a photo of the Mothman knocking down the trap and getting away. How odd, must have had a shortage of CGI funds that week so setting up a camera for the biggest event of all time was- simply forgotten!

I know this is just fun and games and realize the public does not take this TV seriously however  I must stick up for all the hard working dedicated people who do go out for weeks at a time with their own funds to truly try to find answers to all of these mysteries and unknowns. I can only imagine how insulted and deflated seeing shows like this flourish must be for them and hope in some small way I can make some of you understand that tuning on terrible shows like this one is not only taking backward steps in finding the truth. It also is an insult to all those who have spent years devoting real research and investigating in a professional manner concerning all these topics we really need to understand.

Can you imagine how far we would be with understanding the subjects that we consider paranormal if those who really want to know the truth and work in a systematic scientific and professional manner were given the money and time from TV land to really do the work? We would know what the hell is crawling around our woods, living along with us in our dimension and visiting us from places far beyond our understanding. I also know you cannot find answers in 30 or 60 minute sitcom setups. You can however make a fast buck playing upon our ignorance which is exactly what they are doing. I guess it is up to us to tune out shows that insult us in order for a difference to happen. Until then I suppose  we will be stuck with being shown this garbage.