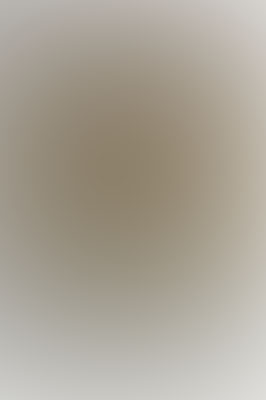 This week we present an excerpt from Erich Von Daniken’s newest book, Evidence of the Gods. Next, Diane Tessman ponders if UFO occupants are composed of plasma and if their life-force resides in electricity? Then Paul Schroeder offers advice on creating a paranormal reading list. Roger Marsh, from the Examiner, reports on several Triangle UFO sightings in November. Carol Shield is back and writes about the Holy Grail, the MicMag and a Golden Princess. Jon Kelly, also from the Examiner, writes about a former UFO skeptic who is now an active skywatcher! Scott Corrales examines the Atalaya UFO and lost time. Doc Vega contributes an article about the secret UFO war and one about Guy Hottle. Alfred Lambremont Webre believes Obama, NASA, Media are covering up life on Mars. Finally, Richard Carter writes about many things in Transition. Enjoy Dirk

If you can’t see the newsletter below click on this link:
https://www.ufodigest.com/content/ufo-digest-newsletter-january-24-2013
Sponsored by Marks Friday Funnies!

Islands in the Pacific by Erich Von Däniken. Ancient humans had the natural urge to document the world in which they lived, a fact that is evident in the cave paintings from various sites around the world that all seem to depict the same things. Did the peoples of the prehistoric world have contact with each other? Is it possible that some were transported to far-flung locations in what our ancestors could only have described as “flying chariots”? Here is an excerpt from his latest book giving the reader a taste of von Däniken’s most convincing and thoroughly entertaining work yet. More…

Are UFO Occupants Composed of Plasma, Their Life-Force Residing in Electric Energy? by Diane Tessman. After many years of being involved in UFOlogy, I have concluded that some UFOs are intricately connected to plasma. I would like to share my thoughts on this possibility. In doing so, I keep in mind that although we usually look for life forms similar to ours (corporeal life having formed in an earth-like environment), where life really seems to dwell is in our consciousness. No doubt, in consciousness throughout the universe. More…

Creating: A Paranormal Realities Reading List by Paul Schroeder. Read a wonderful book by Olga Hoyt, titled, “Exorcism”, for evidences required to open a mind closed to these possibilities. Two amazing books about demonic possession, past life recollections and clairvoyance worth reading are, “Realms of the Human Consciousness”, and “Beyond the Brain”, by Stan Grof, M.D., who has explored human consciousness more extensively than any other researcher and investigator. More…

Holy Grail, MicMaq, and the Golden Princess of Issyk kurgan by Carol Shield. We have heard of the Grail stories from the French Troubadours such as Chrétien de Troyes and Robert de Boron. It is the cup of the Last Supper which has mystical powers. In 1969 a burial ground was found of the Golden Princess which possessed a huge treasure well preserved from the permafrost of Issyk kurgan, in south-eastern Kazakhstan. The priestess princess was decked in red and gold wearing a pointed hat. In the grave was buried a silver cup with the words More…

The Atalaya UFO – A Mystery Lost in Time 1986 by Scott Corrales. The object was seen by 7 members of the FAO (Fundacion Argentina de Ovnilogía). It took place on 4 March 1986 on the road to Atalaya, where the world record of [UFO associated] ground marks took place. More…

A Secret UFO War Is It Plausible or Out and Out Real? by Doc Vega. There have been early indicators as well as contemporary incidents that hint at an ominous development of global and interplanetary proportions that lead us on the trail of a secret war with UFO’s. There are numerous corroborative events that hint at massively deployed operations of military acts, losses of life, and witness testimony that lead us to an ultimately beyond the top secret status of interplanetary war from a hostile alien origin. More…

Transition by Richard Carter. History is revealed to us in so many ways. Its political movements and the hijinks of actors and personalities from all sectors of society are, these days, an open book to us. It is amazing how much of the more trivial news in all this is absorbed as consequent content. More…