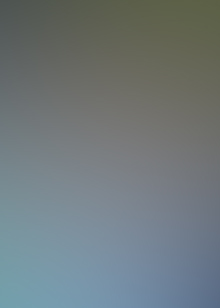 This week we begin the newsletter with a news item I caught on The Five last week. Where Bob Beckel admitted we have had ET contact. Then Diane Tessman, writes about the mysteries of Phobos and Deimos – Martian Moons. Next, Chris Holly searches for gifted psychics. Scott Corrales writes about the chupacabra in Pellegrini and more. Louis Hart reports on being chased by the unknown. Roger Marsh reports on various sightings throughout the U.S. Christian Macé believes he has found a hand on Mars. Ed Komarek contributes two articles this week on UFO disclosure and support. Finally, Edward Crabtree writes about homes fit for phantoms. Enjoy Dirk

If you can’t see the newsletter below click on this link:
https://www.ufodigest.com/content/ufo-digest-newsletter-april-18-2013
Sponsored by Marks Friday Funnies!

The Fox News Channel’s Bob Beckel Admits We Have Had ET Contact! by Dirk Vander Ploeg. I was watching The Five, a talk show on Fox News Channel, Friday, April 5, 2013, hosted by Eric Bolling, Greg Gutfied, Dana Perino, Andrea Tantoaros and Bob Beckel, (Democratic strategist). They usually discuss news of the day and politics in a round circle format. The show I watched they were debating conspiracies and Bob Beckel began his comments, More…

Phobos and Deimos: Are the Martian Moons Really Alien Outposts? by Diane Tessman. Phobos and Deimos are the two moons of Mars. Many people believe that Phobos is an artificially created alien space outpost or colony with a “city” inside it. It is theorized that Phobos is hollow because it has a peculiar acceleration, verified by Carl Sagan, the Soviet Science Academy, and recently, the European Space Agency. More…

My Search for Gifted Psychics by Chris Holly. My search for talented psychics started about three years ago. My fascination with psychics began when I was 16 years old. My sisters took me to a woman known as “The Egg Lady”. The woman would sit across from a small round table and ask that you break open an egg on the side of a tea cup and hand her the cup. More…

Commotion over Animal Attack in Pellegrini, Santiago del Estero by Scott Corrales. Residents found young goats with incisions, without organs and entrails, and with no traces of blood in the area. No reliable explanation has been found. Interior. In recent days, residents of the provincial interior have been shocked by two cases involving animal mutilations that ocurred in remote localities, but having similar characteristics. More…

Chased By Something Unseen by Louis Hart.As we enjoyed the beauty, I suddenly felt something strange nearby and I turned around to face the east. I couldn’t see anything but I could feel a presence approaching us. I felt very uncomfortable with this and anxious to be somewhere else. I turned to my wife and told her we needed to leave quickly. One look at her face told me she was feeling apprehensive too. More…

Is This a Martian Hand? by Christian Macé. Spirit on Mars photographed this Martian’s hand? See the photo on the official website of NASA .. Photo taken by the robot on the ground “Spirit” Panoramic Photo # 758: More…

April Will Be A Good Month For UFO/ET Disclosure by Ed Komarek. April is shaping up to be a good month for UFO/ET disclosure. Many of us in the UFO/ET community now realize that appealing to governments to disclose is not going to work, and that it’s up to an informed public to disclose. We believe that western governments will not disclose on their own because they are mostly being controlled by a Bilderberg global elite and their corporations. This elite privileged class is composed of European royalty, international bankers, industrialists and international corporations. thought to be long gone? More… Also read: Let’s Support Our Leader’s UFO/ET Disclosure Efforts

Subscribers: As regular readers of the UFO Digest newsletter could you please forward a copy to friends or associates you believe may be interested in our articles. The newsletter is an important element of UFO Digest and I would really like to increase its membership. Thanks Dirk.