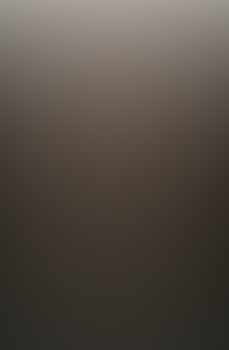 This week I would like to introduce you to Nick Pope, former manager of UK’s MoD who started penning a new column this week. Next, Diane Tessman writes about mining asteroids and more about UFO occupants’ homes. Then, Chris Holly discusses UFOs and Robert Bigelow. Scott Corrales recalls the Reina Regente, UFOs in the Argentina and shadow play in Mexico. Roger Marsh reports on UFO sightings in the U.S. R.W. Sanders welcomes Nick pope to UFO Digest and Jon Kelly writes about night vision gadgets. Kay Wilson discusses the closing of The Alien Jigsaw. Next, Doc Vega writes aobut the SALT treaties and UFO propulsion systems. Finally, Louis Hart’s article is about the present, future, and the past. Enjoy Dirk

If you can’t see the newsletter below click on this link:
https://www.ufodigest.com/article/ufo-digest-newsletter-april-4-2013

MoD UFO Files by Nick Pope. As the five-year program to declassify and release the entire archive of UK Ministry of Defense UFO files reaches its climax, it seems appropriate that I use my first column for UFO Digest to give an overview of what has unquestionably been one of the biggest UFO-related stories of recent years. There were a number of reasons why the MoD decided to release these files. The main one was that once the UK’s Freedom of Information Act came fully into force, the MoD found that it was receiving more FOI requests on UFOs than on any other subject. More…

Cosmic Bombardment: Trillions of Dollars of Wealth Mining Asteroids by Diane Tessman. The Solar System is undergoing a cosmic bombardment of asteroids and meteors which is unusual because so many are officially classified as “Close Approaches.” However, this is not entirely bad news to money-hungry humans. One single asteroid in our Solar System, 241 Germania, contains $95.8 trillion of mineral wealth inside it. This is equivalent roughly to the annual GDP of the entire world. More…

Space, UFOs and Mr. Bigelow by Chris Holly. Late on Easter night Coast to Coast had Robert Bigelow on as its guest. The conversation that took place was one that every person should be forced to listen to. It was an incredible show that contained information that for me was astonishing. I implore each and every one of you to take the time out to listen to this interview. More…

The Enigmatic Disappearance of the “Reina Regente” by Scott Corrales. Spain: Both here and at the Andalucia Misteriosa website I’ve spoken of the “Alborán Triangle” and its mysteries, omitting discussion of certain subjects in order to keep the articles from becoming excessively lengthy. Very interesting things have happened between the borders of the aforesaid “triangle” and Province of Cádiz, specifically. The case we are about to discuss is celebrating an anniversary, and we must go more than a century back in time. More…

Fleet of Unknown Objects Including Triangle UFOs and Circular UFOs Perform Flyby by Roger Marsh. A Franklin, MI, witness recounts watching a series of huge triangle-shaped objects moving overhead west to east that emitted an “enormous humming sound,” according to March 29, 2013, testimony from the Mutual UFO Network (MUFON) witness reporting database. The witness says he heard “unprecedented rumble for about 10 minutes” before moving to a window to see what was making the sound. More…

Easter and Resurrection: Sorry folks but it’s all been done before! by Pat Regan. So what of Easter, Good Friday etc and the real history behind the establishment of Easter as a principal festival within the Modern Christian Church? More…

Welcome Aboard, Nick! by R.W. Sanders. Once upon a time, we saw a UFO. I don’t know about you, but this blew our minds. When someone sees their first UFO, it can effect them in so many ways. Some good, some bad. But no one walks away from such an experience unchanged! Well, for me, it spurred great curiosity. Granted, as just a regular Joe I had nowhere to really turn. Sure, I sent a report to MUFON and a few other sites. But certainly never expected any reply, as there are so many reports turned in daily. More…

UFO skywatching is now easy and affordable with night vision gadgets! by Jon Kelly. On April 1, 2013, the New York Times reported news of a study into trichromatic vision as expressed in early nocturnal tarsiers suggesting how color night vision evolved before primates shifted to daytime living. Omitted from the study, published in the journal Proceedings of the Royal Society B, was any notion of how a contemporary global movement utilizing night vision technology to observe UFOs may indicate a re-awakening of archetypal or genetic memories related to a collective ancient aliens-influenced past. More…

Who Killed The Alien Jigsaw and Why? by Kay Wilson. I would like all CE IV experiencers and other researchers of this phenomenon with whom I have worked directly; those of you who have shared written correspondence with me and those who have simply stumbled upon my Alien Jigsaw Web site, to know how much I have valued your input and the sharing of your experiences and research with me More…

How UFOs affected SALT I and SALT II treaties by Doc Vega. In the present escalation of hostilities in this day and age, a reminder from the past that things differ little between the present and yesterday, especially in the presence of the UFO menace. According to many historians and analysts, UFOs played a role in not only dictating some aspects of arms limitation talks between the US and the Soviet Union, but also caused some near World War III incidents that would make us shudder in fear if such chaotic situations repeated themselves today. More…

Also read: UFO propulsion and early attempts to emulate it

The Present Future Past by Louis Hart. So many of us constantly worry about the future. We fret continuously about what will be. Especially we fret about the bad things we think will happen. More…