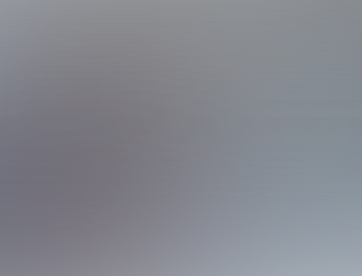 This week Jerry Mazza pays tribute to the late Robin Williams. UFO Digest also wishes our condolences to his family. Next, Pat Regan reports on a large UFO over Sourthport UK. Then, author Leslie Kean writes that UFOs pose no threat to aircraft according to Chilean Aviation experts. Next, Jon Kelly announces Countdown to Contact, 2014 Vancouver UFO Conference. Then, Alfred Lambremont Webre reports that Robert Stanley claims in megalithic structures associated with spaceship. Translator and UFOlogist Scott Corrales writes about strange humanoid encounters in Central Mexico. Next, Cheryl Costa reports on a UFO sighting witnessed July 26 2014 whose flightpath was seen over Long Island and traveled to Ontario Canada. The object appeared to be a bright yellowish fire balls. Correspondent Jeff Krause attended the Contact in the Desert convention and shares his comments and photos. Mary Alice Bennett writes about Rennes-Le-Chateau, the Plantard’s Emperior Card and the Divine Fire of the Crista. Finally, Paul Schroeder, examines what is down the rabbit hole! Thanks Dirk

If you can’t see the newsletter below click on this link:
https://www.ufodigest.com/article/newsletter-0818

“GOOD MORNING, VIET NAM!” THE LIFE AND DEATH OF ROBIN WILLIAMS  by Jerry Mazza. I didn’t want to grieve in the dark after I was smacked with the headline of Robin Williams’ suicide. I enjoyed him too much. So I turned to finding the best stories that highlighted his life. It begins with Williams graduating from Redwood High School in Marin County into the world of funniness. His classmates couldn’t help themselves: They voted him both “most humorous” and “least likely to succeed.” Good gag. Unfortunately, he topped them. Williams became one of the world’s most successful entertainers, an actor and comedian whose energy animated characters who, like himself, seemed to be spinning hilariously out of control — sometimes into dark places that only the “most humorous” can understand. More…

LARGE UFO PHOTOGRAPHED BEHIND CLOUD COVER OVER SOUTHPORT SAND DUNES  by Pat Regan. This afternoon I was talking a stroll with my son Jason on the Southport shoreline. We always tend to take our cameras along, so on the way back I snapped a few shots of Jason on the sand dunes. I was facing due east away from the sea and towards the Ormskirk direction at the time that I took the photograph. Later on when I downloaded the images to my PC I noticed that a dark and apparently rather large, ‘rectangular-shaped’, UFO was in one of the shots to the right of Jason.  More…

Also read: MY ENGLAND: ANCIENT SPIRITS IN THE BRITISH LANDSCAPE

UFOS POSE NO THREAT TO AIRCRAFT CLAIMS CHILEAN CIVIL AVIATION DEPARTMENT  by Leslie Kean. A recent high level meeting at the headquarters of Chile’s Civil Aviation Department will likely be the envy of those Americans desiring open government participation in UFO investigations, rather than the familiar blanket dismissal. Click here to enlarge top photo. The question of whether UAP (unidentified aerial phenomena) pose any danger to civilian and military air operations was up for discussion. An official video about the event (the first 4 minutes), posted on Friday, is telling. You don’t need to understand a word of Spanish to take note of the serious expressions on the faces of the participants. More…

COUNTDOWN TO CONTACT 2014: VANCOUVER UFO CONFERENCE  by Jon Kelly. n what is anticipated as the most exciting Ufology conference of the year “Countdown to Contact 2014” will feature leading researchers, contactees and authors focused on extraterrestrials, the dimensional ecology of the omniverse and consciousness. Cutting-edge information about “the most important story never told” will be presented on Saturday, September 13, 2014, from 9:30 a.m. to 10:00 p.m. (PDT) at the Sheraton Vancouver Guildford Hotel. Featured speakers at this event will include Geri De Stefano, Ph.D., Samantha Mowat, Charles William Vanderbyl and Jonny Enoch. More...

VIDEO: ROBERT STANLEY – MEGALITHIC MALIBU SPHINX, BRAHMA, BUDDHA AND UNDERWATER MALIBU SPACESHIP LINKED TO ARCHONIC 9500 BC EARTH-MARS CATASTROPHE  By Alfred Lambremont Webre. Vancouver, BC – In an ExopoliticsTV interview with Alfred Lambremont Webre, author Robert M. Stanley describes his discoveries of megalithic Sphinx, Brahma, and Buddha-like monuments on a Malibu, CA mountaintop. Mr. Stanley links these megaliths with an underwater Spaceship-like structure off-Malibu, CA. he discovered in 2010. In the interview, Mr. Stanley’s finds are connected to an archonic 9500 BC solar system catastrophe that decimated both Earth and Mars.. More…

STRANGE HUMANOID ENCOUNTERS WITH TRANSIENT VISITORS  by Scott Corrales. At some point in the 1990s I had a conversation with Dr. Rafael A. Lara Palmeros, director of research for Mexico’s C.E.F.P organization regarding the motives of individuals who develop an unhealthy attraction to UFO and paranormal phenomena. Dr. Lara mentioned a case involving a certain gentleman from Central Mexico who openly expressed his wish to be “contacted by aliens”, as that would be the solution to all his problems, real or imagined. He went as far as to offer money – not small amounts, ether – to any researcher, contactee or psychic who could make his wish come true. More.

THE NEW YORK LIGHTS OF JULY 26, 2014  by Cheryl Costa. Saturday, 26 July 2014, was a relatively clear night, perhaps that why so many folks witnessed the New York Lights. The pattern of fireball sightings covered a flight path spanning from Long Island, NY to Ontario, Canada. The New York Lights were first noticed by various folks in Long Island. At about 8:45 p.m., Tom, a motorist in Islip, NY on the southern coast of the island, saw the bright yellowish fire balls through his car’s sun roof. More…

CONTACT IN THE DESERT: THE PEOPLE WANT TO KNOW!  by Jeff Krause . This last weekend I attended the “Contact In the Desert” event in Joshua Tree, CA, along with almost 2,000 other people. Braving temperatures exceeding the one hundred degree mark, all ages and walks of life showed up with an amazing sense of community, with just one thing on their minds: What is the truth of the UFO phenomena? More

RENNES-LE-CHATEAU – PLANTARD’S EMPEROR CARD AND THE DIVINE FIRE OF THE CRISTA by Mary Alice Bennett. It takes some esoteric knowledge to realize that the tarot Emperor drawn by Pierre Plantard is sitting below the tower at Rennes-le-Chateau. With the way the artist has cropped this print, it is difficult to discern the RLC tower. The insignia upon which he sits is different than the imperial eagle on the original Oswald Wirth card, this shape denotes an alchemical type of caduceus and is colored like the serpent rouge, the red serpent of Rennes fame. There are many colorful versions of this card, on Plantard`s black and white print, the areas colored red appear as black, so that is how I chose the reds for the helmet and the fabrics. Plantard`s Emperor has an All-Seeing Eye on his shoulder and he wears the Masonic sun and moon on his chest. More…

DOWN THE RABBIT HOLE, WITHOUT ENOUGH BREADCRUMBS, TO GET HOME by Paul Schroeder. Part of the alarming nature of the unknown is its mysterious link to the known; I awaken each night to a lewd exhibition of the merging. I open my eyes and turn to see the digital alarm clock, sitting on the lamp table next to my bed and see: 12:12, and 1:11 am, 2:22 am and 3:33 am and 4:44 am. This distresses me so badly, upon awakening, that I cannot think; just a wave of panic that SOMETHING is awakening me with alacrity, as the calculated odds of awakening each night precisely at those specific times is astronomically impossible. More…

• EVIDENCE OF INTELLIGENT CIVILIZATIONS IN THE MULTIVERSE – ALFRED LAMBREMONT WEBRE
• IS THIS A VIDEO OF A UFO OVER NORTH YORK (TORONTO)?
• WAS A LOST CREDIT CARD FOUND ON MARS?
• ALIEN TECHNOLOGY IN ANTIQUITY – ROBERT THOMAS