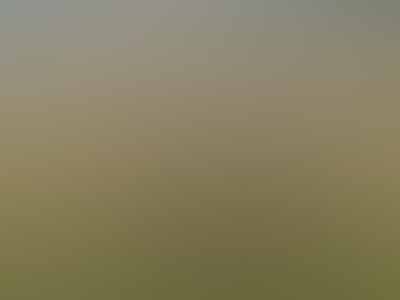 If you can’t see the newsletter below click on this link:
https://www.ufodigest.com/content/ufo-digest-digest-newsletter-august 2-2012

This week we start with an article by Mary Alice Bennett about a photographer who captured a UFO in a crop circle! I met MJ online about 5-years ago and have seen her blossom into a very good writer for UFO Digest and other venues. Next Diane Tessman asks 4 mind-bending questions and then she reviews Pat Regan’s new book ‘Peter Swift and the Secret of Genounia’ Roger Marsh reports that another witness has collaborated seeing two lights in the Ohio sky, a diamond shaped object was seen over Montana. New contributor Florin submits an article about UFOs that followed the driver home and another about military jets chasing UFOs. Christian Mace reports on a UFO at the London Olympics and a dumbbell shaped UFO in Argentina. Pat Regan enlightens us on the month of August and the Spiritual Harvest and explains how to escape the yoke of fundamentalist faith. Alfred Lambremont Webre claims WebBots predicts that the Brown Dwarf Star Flyby will occur next year. Sean Casteel wonders if the Ultra-Terrestrials – Are They Supernatural Beings? Next, Steve Erdmann, reviews ‘The Nazi UFO Crash at Roswell’ and Scott Corrales reports on more UFO sightings. Tony Elliott explores the UFO Genre. Hope Bradford what things haunt our reality? Rich Carter writes about the whale and Lori Carter wonders ‘Who’s watching you?’ Finally TJ Morris writes more on Taken Up and ET and Human Communication. Enjoy Dirk

UFO Lights Sighted in Crop Circle Territory – July 26, 2012 by Mary Alice Bennett. England – UFO Lights – Sighting Eyewitness testimony from R.W., an avid crop circle photographer – “I had a peculiar experience last night in the Vale of Pewsey July 26, 2012: I have nothing at all to back this up with, aside from my solemn word that it all happened as I am about to describe. I have no idea what it was that I witnessed, and I’m sure there may well be a rational explanation for it all, although I continue to be utterly perplexed by it. I could have put this onto the UFO thread, but as I was in the heart of Crop Circle Country at the time, and each incident occurred over crop fields, I thought it might sit better in here”. More…

4 MIND-BENDING QUESTIONS – To Consider on Paranormal Events and UFOs by Diane Tessman. Often we hear answers regarding the origin and nature of UFOs with their alien crews. We also hear theories on what the paranormal realm really is. However, sometimes it is more helpful and more inspiring to ask questions rather than to give answers. Thus we participate in the quest, rather than to try to dictate our favorite answer over and over again. More…

Also read: A Review of “PETER SWIFT AND THE SECRET OF GENOUNIA”

Another Witness Comes Forward Seeing Two Lights in Ohio Sky! by Roger Marsh. A second Ohio witness has come forward with a similar description of two lights in the sky on July 24, 2012, according to testimony from the Mutual UFO Network (MUFON) witness reporting database. We previously reported a witness from Montgomery County, OH, who described two lights in the sky with connecting light about 11:10 p.m. on July 24, 2012, in Star lights over Ohio described as having ‘connecting light’. More…

UFOs follow driver all the way home by Florin.. In Ortonville, Michigan, on July 18, 2012 two travelers were returning home. The driver thought that she saw a shooting star, but on closer scrutiny, something seemed strange about it. “It got really low and it stopped as I drove, […] it stayed parallel to my car” says the driver. She tried to get away from the strange object by putting “the car in reverse and then forward 3 times, each time it stayed parallel to my car”. More…

Also read: UFOs chased by military planes above Texas in 1983

UFO Filmed at 2012 Olympics London by Christian Macé. Do not forget that the original video is from the very serious newspaper in Britain “The Telegraph”. We can not imagine a montage of this newspaper, which would lose all credibility! When you see the shape of the UFO filmed on pemier from the left, it really a form of “Flying Saucer”, which has nothing to do with the shape of the ball “Goodyear”! More…

August and the Spiritual Harvest by Pat Regan. July has, in the UK at least, been a time of blustery weather and rain with little or no relief. What can we deduce though from the ancient and mysterious mythological background associated with August – the summer month ahead? With the feast of the great god Lugh, our ancient Celtic ancestors once celebrated the opening of August. Lughnasadh (meaning ‘Commemoration of Lugh’), was one of the four great Celtic annual festivals, the other ones being: Imbolg (February 2nd) Bealtaine/Beltane (30th April) and Samhain (31st October.) More…

The Ultra-Terrestrials – Are They Supernatural Beings? by Sean Casteel. There has always been a semantic problem about just what to call the UFO occupants. For the most part, the generally agreed on term is “aliens,” though everyone from Whitley Strieber to the late Budd Hopkins believed the term is inadequate to accurately describe just whom we are dealing with in such cases. More…

The Nazi UFO Crash at Roswell by Steve Erdmann. Joseph P. Farrell, who has written several books on the continuance or progression of a Nazi Empire (Reich) past World War II, projects that theme in Roswell and the Reich.As documented as the book is, one still cannot help give complete credence to his theory as easily as Farrell wishes. More…

Incident at the Tablada Aerodrome by Scott Corrales. The report was made by a police officer at the base and was furnished to the author of the report. Having commenced the take-off operations for a C-130 cargo plane from said air force base’s runway, a white, flashing light, resembling a very large flare and made up of two tangential spheres, one of them somewhat larger than the other, landed and rose from the head of the runway. It caused astonishment among the personnel stationed at the control tower. More…

UFO Genre by Tony Elliott. What exactly encompasses the topic of Ufos and related research? It is about exploring all things strange and unusual from Sasquatch to nanotechnology and all things in between? What most do not realize is the connection all these topics share. If we want to discuss extraterrestrial civilizations, which is a UFO topic we must also realize the possibility of their being responsible for the Genesis of human civilization. This would include theories about the possibility of our ancestors being from Mars or some other planet, relocating here in the distant past. This would bring the researcher to many areas of concern such as race, geologic evidence, and even the study of the virus since they are entities which defy medical definition, in the sense that they are not classified as a living organism or an inert entity. More…

Dreams, Deja-vus and Reality Overlays: Can Past Lives Haunt Your Present Reality? by Hope Bradford. I’ve heard concerns from some hypnosis clients that they are possessed or at least strongly influenced by one or more of their past-life personalities or experiences. Possible indicators that another lifetime is encroaching on your waking reality are recurrent, familiar dreams as well as deja-vus; those ‘familiar’ feelings about certain people and places impacting your life. These kinds of experiences can mean that something from your other reality is trying to be resolved. More…

The Whale by Rich Carter. Something is revealed in the momentary parting of this Cloud. The skies over Bates County Memorial Hospital were full of the same strange clouds that seemed content only to float through. With back to back to back days of over a hundred and trees suffering from the long drought it looked more like fall with nearly leafless trees, and piles of potato crisp like leaves at their feet. More…

“Who’s Watching You?” by Lori Carter. Have you ever walked down the street or into a shop or store and feel the hair stand up on the back your neck? Maybe you all of a sudden broke out in goosebumps on your arms and face. At some point, you just feel like you are being watched, and even though you look all around, you don’t see anyone. Have you ever wondered who’s really watching you. More…

TAKEN UP ~ TJ MORRIS ET by TJ Morris. Sarah was awakened from sleep only to be visited by the Supreme Being who had guided her to those who were called the Supreme High Council of Alpha and Omega. Sarah was her spiritual name and one which was a past life first of one of many names which she had been blessed with as one of the first spirits to be sent to earth. More…

Also read: ET Having a Human Experience in Communication