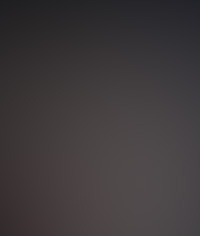 This week we received the news that legendary astronaut, the first human to walk on the Moon, Neil Armstrong had died. This issue to dedicated to his memory. Diane Tessman salutes him with her article. Scott Corrales writes about Robots and UFOs Chris Holly reports on more orbs and strange lights over Long Island. Broadcaster Kevin Smith comments on an ET movie produced by the Mexican-Guatemala Governments. Author Pat Regan submits multiple articles and argues against what he terms the Church of Climate Alarmism! Frank Carlton continues his series ‘A Family of Unconventional Explanations’ and so does William Grabowski with ‘Mothman Redux: PART 3’. I resurrect ‘Lake Erie UFO – New Evidence – Revisited’ because both the article and video are worth another look. Controversy is stirring as opposing contributors view climate change differently. Tony Elliott doesn’t believe it exists while both Diane Tessman and Pat Regan have their own thoughts. Sparks will fly. Paul Shishis continues scanning the skies over Scarborough and has caught more UFOs. Enjoy Dirk.

If you can’t see the newsletter below click on this link:
https://www.ufodigest.com/content/ufo-digest-newsletter-august-30-2012
Sponsored by Marks Friday Funnies!

“There Are Places to Go Beyond Belief” – Neil Armstrong by Diane Tessman. The Eagle has taken off – Neil Armstrong has died. On July 20, 1994, Neil Armstrong, the first human to walk on the Moon, said, “To you we say we have only completed a beginning. We leave you much that is undone. There are great ideas undiscovered, breakthroughs available to those who can remove one of truth’s protective layers. There are places to go beyond belief.” More…

Also read: Time to Stop Arguing about the Reasons for Climate Change!

Robots and UFOs – Are They Machines From Elsewhere? by Scott Corrales.. In 1920, when Karel Capek wrote the three-act play R.U.R. (Rossum’s Universal Robots) he probably didn’t realize he would be changing humanity’s conception of what it is to be alive for generations to come, much less had the word “robot” to the world’s collective glossary. Derived from the Slavic term “robota”, meaning the work done by an indentured servant, robots have gone on to become a staple of science-fiction. More…

More Orbs, Strange Lights Over Long Island by Chris Holly. Once again I thought the sightings of strange lights over Long Island were beginning to slow down when I received both emails and phone calls from those who are still witnessing odd things in the night skies over Long Island. The reports so far have been based along the South Shore of Long Island facing the Atlantic Ocean. More…

Mexican-Guatemala Governments To Produce ET Movie by Kevin Smith. Making a buzz on the internet this past week is the story about a new documentary being produced in Mexico, a documentary that will blow the lid off of extraterrestrial disclosure–if it delivers what its producers say it will deliver. What it claims it will deliver is nothing short of a game changer for the world. It is called, “Revelations of the Mayans 2012 and Beyond”. More…

The Church of Climate Alarmism by Pat Regan. Thoughts on what has occurred before…. Some folks can spot a scam but what makes it so ‘effective’ is that many cannot. And at times the bigger the swindle the more successful it becomes as the perplexed masses figure it must be genuine as it is so large. Many point-scoring politicians have apparently fallen for the passion of eco-fundamentalism; the Global Salvationist Movement, hook line and sinker wherein rational debate is virtually frowned upon and perceived as a form of blasphemy. ‘Divine appointment’ or ancient lies to keep the populace in its place…?

A General, A Trailer, and A Cover-up Part Three by Frank Carlton. Most everyone wanted to go back to “the world” but someone always wanted to stay in Southeast Asia (with the bases in Thailand and Vietnam) for reasons I never could fathom. No matter where we were stationed our overall assignment was the same – destroy the enemy and try to keep Americans and our allies safe from harm. Our bombers, the huge B-52s, were as beautiful as they were deadly. When I first saw these long shark-like jet-bombers at Dyess, Air Force Base, Texas, in 1968, they were all silver. A year later every one of them had been painted black on the bottom and dark olive green on top for camouflage purposes. Huge numbers of North Vietnamese regular army troops and Viet Cong guerillas, probably tens of thousands of them, were eradicated (and many more scared half to death) by bombs being invisibly dropped from thousands of feet above them by these incredible workhorses of devastation. More…

Mothman Redux: PART 3 by William Grabowski. Though many questions linger regarding the Point Pleasant events of 1966-1968, the one that most bothers me is why, given the undeniable amount of activity, these are not mentioned in the greater volume of published UFO/Paranormal literature. Is this due to simple denial of unpleasant events, or to something else? More…

Lake Erie UFO – New Evidence – Revisited by Dirk Vander Ploeg. Let me take you back to the summer of 2001. I was watching the morning sky at approximately 2.00am. Venus was in the eastern sky and I decided to use my video camera to get a closer look at the planet. What I noticed was that the planet had a companion. I believed it was either another planet or a star. But during the time period I watched the sky, the object which was to the left of Venus paralleled the planet, moving through the sky and remaining the same distance from Venus. More…

Put Simply, Global Warming/Climate Change Doesn’t Exist by Tony Elliott. The topic of global warming/climate change continues to be debated by those who believe in it and those who do not. I have been studying climate and weather since childhood and have perhaps more overall knowledge of these sciences and other related sciences than some of the geophysics involved in this genre than most meteorologists. More…

Another UFO Witnessed and Filmed Over Whitby/Oshawa, Ontario by Paul Shishis. I noticed ‘two’ bright single pulses of amber – orange light. The object was noticed as the light got intense then would fade out. It appeared to be very slow and has the altitude of a Cessna. Both pulses were about 30 seconds apart moving north over eastern Whitby. After the second pulse I called my youngest son to witness it. Needless to say there was nothing else to be seen. More…