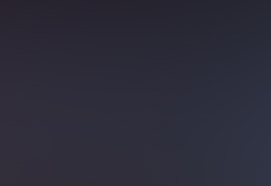 This is the last UFO Digest newsletter of the year and I and the rest of the UFO Digest family, hope that despite problems you may have encountered in 2012 that we all have high expectations for the new year. Let’s begin with Diane Tessman who reports on killer asteroids and more. Pat Regan has several festive season topics to discuss. Chris Holly writes about what 2013 will bring! Roger Marsh reports on a Christmas Day UFO over Chester Springs, PA. Doc Vega updates an article and tells the legend of the flatwoods monster. Christian Macé finds more stuff on Mars. Jon Kelly pens UFO News 2012 in Review! Norio Hayakawa and the bottom line to the Dulce underground base. Finally, Ed Komerak, writes about earth human origins and the path to enlightenment. Enjoy Dirk

If you can’t see the newsletter below click on this link:
https://www.ufodigest.com/content/ufo-digest-newsletter-december-28-2012
Sponsored by Marks Friday Funnies!

Killer Asteroids, What, Us Worry? by Diane Tessman. If an asteroid, one hundred meters across hits Earth, it would explode with the force of a dozen nuclear weapons. Alas, Earth sits in a Solar System which is full of asteroids, large and small. Millions of asteroids orbit the Sun; some of those cross the Earth’s path. Asteroids are sometimes as small as grains of sand, and they create brilliant shooting stars when they burn up in our atmosphere. More…

Also read: Update: Is Our Reality within a Super Computer?

Festive Season Yes: But Spare a Thought for the People That Have Lost Loved Ones by Pat Regan. Xmas excitement seen in the happy faces of the children; presents under the tree; the tinsel and the lights, but what about the ones who have felt the icy visitation of the Reaper? Yuletide is a charming period for the vast majority of families. However, we should remember to spare a kind thought for the ones that are less fortunate and have lost treasured ones at this time of year. More…

Also read: Multi-Tasking, Pulled From Pillar To Post But Full Of Joy…

2013 Here it Comes! What Will It Bring? by Chris Holly. In the past I would ask other people connected with the paranormal to send me their predictions for the New Year ahead. Last year as we entered the dreaded year of 2012 no one replied to my request to what the year ahead would hold. I can understand their reluctance as 2012 has had a heavy black cloud hanging over it for a very long time. More…

Christmas Day UFO hovers over Pennsylvania town by Roger Marsh. Pennsylvania witnesses at Chester Springs reported and videotaped a black object that hovered with flashing lights for two hours on Christmas day, according to testimony from the Mutual UFO Network (MUFON) witness reporting database. The couple took their kids outside to play with new toys when a “black spot in the sky” was noticed in a hovering position. More…

The alien abduction syndrome being reported in Texas – UPDATED by Doc Vega. Alien abductions have been arguably occurring for some five decades now in the modern era. Some experts would speculate that abductions have been happening since antiquity. From descriptions by our ancient ancestors who reported demonic spirits paying women nocturnal visitations to the ordeal of Betty and Barney Hill in 1961. IT represents a lasting perplexity in the UFO phenomenon. John Fuller, their psychiatrist, even wrote a best selling book, The Interrupted Journey, detailing the hypnotic regression evidence that unveiled Betty and Barney’s terrifying experience aboard an alien spacecraft. More…

It is left to the concrete Martians by Christian Macé. Above, I mentioned this curious and expanded form. It looks like a hollow concrete block. There seems to be something inside the block geometric rectangular. More…

UFO News 2012 In Review by Jon Kelly. What were your most memorable UFO encounters from 2012? The follow review surveys this past year for some of the most interesting reports of UFOs and ET contact-related news. Read on to discover the Vancouver UFO Examiner’s candidates for stories, videos and photography that made a difference in what became a transformational time shared by witnesses, experiencers and contactees around the world. More…

Earth Human Origins and the Beginning of the Path to Enlightment by Ed Komerak. It would seem that there is and was a confluence of three different factors in early human evolution that started us on the path to individual and collective enlightment. One factor was the natural evolutionary processes of evolution that lead to the primates and eventually to Homo sapiens on earth. This would be the standard scientific paradigm as espoused by establishment science. More…