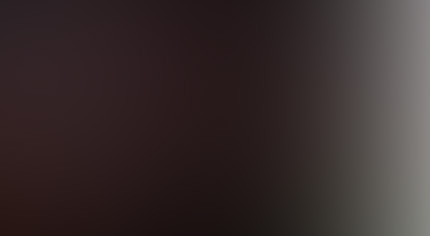 This week Diane Tessman is interviewed about her new book UFO Agenda and also wonders if aliens are part of God’s domain? Next, Scott Corrales has two unusual sightings about water-sampling and camping. I discovered articles about alien entitles, a pig-man, and a woman who knows what’s really out there. Sean Casteel writes about a Dweller on Two Planets, giant lemurians and underground UFO bases. Jon Kelly reports on advanced ufo night vision. Next, Pat Regan writes the global warming scam and reports on the Nelson Mountain UFO. Doc Vega noticed that UFO sightings increased prior to Roswell. Finally, UFOs have been spotted over New York’s Central Park. See this weeks videos below. Enjoy Dirk

If you can’t see the newsletter below click on this link:
https://www.ufodigest.com/content/ufo-digest-newsletter-july-18-2013
Sponsored by Marks Friday Funnies!

“UFO AGENDA: So You Want to Know the Truth?” by Diane Tessman. The following interview with Diane Tessman, author of the brand new book UFO AGENDA, was conducted by the editor of QUANTUM SHAMAN website and periodical. Question from QUANTUM SHAMAN editor: Diane, what is your main goal in writing this book? Diane’s Answer: I have been a UFO researcher, writer, and experiencer, for over thirty years, having had several childhood encounters with UFO occupants. I have written five books over the years, several of which are very popular, but I wanted this time to put it all together and by doing so, reveal something new and astounding – the answers! I have concluded with certainty that there is not just one answer, but many answers to this ancient and enormous mystery. More…

Jujuy Worker Claims Having Stood 20 Meters from “Water-Sampling” UFO by Scott Corrales. JUJUY, Argentina – “I never told anyone, only my family, and I want people to know that this is something I’ll never forget in my life. I’m 72, and this is something that exists,” said Roberto Moreira, a retiree who took the decision to retell in detail his close encounter with a UFO following a series of very strange episodes in Jujuy, all of them linked to sightings of unidentified flying objects. More…

Also read: “We Were Camping When My Nephew Suddenly Shouted: A UFO!”

Alien-like entity hovers over Spain by Dirk Vander Ploeg. This is a very fairy like glowing orb that is moving through the neighborhood that was originally reported in June 2013. We can see several important things about it. For instance, it does not flap which tells us is not an insect or bird. Its mostly oval in shape, but its shape seems to change. More…

Also read: The Truth About The Pig-Man!

And: Are UFOs really out there? Ask Cheryl-Lee Martin

Mount Shasta And A Dweller On Two Planets — One of America’s Most Mystical Sites: From Giant Lemurians To Underground UFO Bases by Sean Casteel . It is a given that many of the beliefs currently held by the New Age movement have their origins in ancient times. Nevertheless, the modern incarnation of the New Age community of belief, which often dovetails quite neatly with the UFO phenomenon and its attendant benevolent aliens, can be said to have begun much more recently, in the late 1800s, long before Kenneth Arnold’s sighting and the Roswell crash of 1947. More…

Man-Made Global Warming Scam. Wholesale Global Indoctrination On A Massive Scale by Pat Regan . Pat Regan explains how the Scientific Community has fooled the peoples of the world: The question of alleged Man-Made Global Warming (MMGW) is highly divisive to say the least. Like a vicious civil war, it regrettably sets good friends and family against each other. In the following article I shall try to dispel a few popular misconceptions in the sincere hope that greater understanding will develop. More…

Straddling the Worlds: The Paranormality of Being Normal? by Hope Bradford.The same is true for dreams and visions. We tend to only recall those dream and visionary events that are the most vivid and spectacular. However, paying attention to seemingly insignificant dream symbols could prove beneficial. Indeed, who can claim with certainty that only waking reality defines one’s complete history? More…

UFO Sightings intensify just prior to Roswell in 1947 by Doc Vega. Many people by now are well aware that 1947 was a pivotal year in the history of mankind in as much as proof of extraterrestrial contact was made. As a result of that contact an inflexion in human events occurred as an entire security state emerged with the government being forced to conceal and mitigate a forbidden truth that could have caused conventional institutions in our society to collapse. The preservation of basic human beliefs was at stake as far as authorities were concerned. More…

UFOs Spotted Over Central Park! from (SBWIRE). Flying above the lush lawns and gentle hills of New York’s Central Park lies an out of this world enigma…or rather a NYC UFO enigma. Are they man-made or are they extraterrestrial? Have they been here in the past or are they just stopping by? These are just a few of the perplexing questions that will be uncovered in New York’s exclusive “UFO Phenomena Tours” hosted by Pete and Stew Kandel (known as Dr. Pete and Dr. Stew) paranormal investigators and licensed NYC tour guides aka New York’s own “Ghost Doctors.” More…