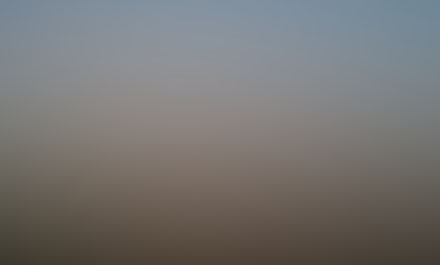 This is the first new newsletter since June 12. I have been ill for some time but now am back and hopefully can continue publishing the UFO Digest newsletter weekly. Let’s begin with Nick Pope’s monthly column, “Sexism, Racism and UFOlogy” about attracting young people to UFOs. Next, Roger Marsh reports on the recent New Jersey MUFON Symposium and the cases discussed. Scott Corrales writes about more humanoids and UFOs being photographed in Argentina. Then, Doc Vega examines the long legacy of military intelligence and UFOs. Reporter Cheryl Costa reports on a big purple mothership! Jeff Krause writes about a man who fights off aliens all night long. Next, Frank Schoenbach remembers his ghost encounter.  Gavin Davies reports on UFO photos taken over Swansea by a war hero. Carolyn Shield writes more about the forbidden zones on the Moon. Then, Nick Redfern writes about the woman in black!  And finally Alfred Lambremont Webre believes ETs are here to assist in our dimensional ascension. Enjoy Dirk Vander Ploeg

If you can’t see the newsletter below click on this link:
https://www.ufodigest.com/article/newsletter-0724

SEXISM, RACISM AND UFOLOGY  by Nick Pope. In a previous UFO Digest column I examined the reasons behind the apparent difficulty that ufology has in attracting young people, and offered a few suggestions. I finished by pointing out that many of the ‘big names’ in the field (the ones most frequently seen on TV and the ones most often invited to speak at conferences) are white men in suits, usually middle-aged, if not considerably older. Ufology is hardly the only field where this is the case, but to see such an unrepresentative group of people may put off young people and deter them from attending conferences or otherwise getting involved in ufology. More...

UFO CASES REPORTED AT NEW JERSEY MUFON SYMPOSIUM  By Roger Marsh. More than 400 people attended each of the three days of the 2014 MUFON Symposium in Cherry Hill, NJ, this past week – which caused some to report past UFO cases. The witness in a 1999 Lee County, Alabama, case finally came forward with his account after attending the 2014 MUFON Symposium. More…

STRANGE NEW HUMANOID PRESENCE IN ARGENTINA  by Scott Corrales. Once more we find ourselves with direct information regarding strange presences during the month of May 2014 on the shores of Necochea, Argentina. It is here that we have found four (4) witnesses who speak of seeing strange lights at night on the Necochea’s very shoreline, its beach, as well as sightings of a strange humanoid-type creature. These events https://www.ufodigest.com/article/humanoid-0723 on Sunday, 18 May and Tuesday, 20 May at night. More

LONG LEGACY OF MILITARY INTELLIGENCE AND FLYING SAUCERS  by Doc Vega. In 1952 shortly after a spectacular series of confrontations between US Air Force Jet interceptors and unidentified radar targets over White House air space, US Army General John Samford, head of US Army Intelligence fielded questions by the US press corps along with Air Force General Roger Ramey. In a key point made by General Samford he stated that no known project on earth was responsible for the appearance of the UFO phenomenon. He also acknowledged that a certain number of sightings were inexplicable through the course of analysis by military investigators. You might recall General Roger Ramey who accompanied Samford had previously derailed the Roswell crash by labeling it as a weather balloon. More…

A BIG PURPLE MOTHERSHIP UFO – 2012  by Cheryl Costa. A Big Purple Mothership was the last thing Lenny expected to see when he went out four-wheeling. The clouds were large and full on a seasonal April day in 2012. Late in the day many of the puffy clouds took on a pinkish cast as the sun got lower in the sky. More...

MAN FIGHTS OFF ALIEN ATTACK ALL NIGHT  by Jeff Krause. This week I’m writing about one of my all-time favorite cases, and it comes from the very heart of California. The case was originally investigated by Paul Cerney of NICAP back in 1965, and has been looked at by many notable scientists and ufologists since then. It was even the subject of an episode of NBC’s “Project U.F.O.” that aired on May 7, 1978. Although the episode disregarded all the facts, it still showed that there was more interest in the subject than was let on. Due to the main participants fear of losing his job at Aerojet Corporation in Sacramento, he remained anonymous until only recently, so the story faded to obscurity until brought to light recently by authors, researchers and MUFON Field Investigators, Noe Torres and Ruben Uriarte.  More…

“HEY HERMAN! Come on down”, they yelled at the ghost! by Frank Schoenbach. This is a ghost encounter I believe you will find very interesting. I was stationed in Würzburg, Germany with the 3rd Infantry Division Band. Twice a year, we would perform in Berlin, in the spring for their Armed Forces Day parade and in the fall for their German-American Festival.  More..

DECORATED WAR HERO PHOTOGRAPHS UFO OVER SWANSEA!  by Gavin Davies. The Paranormal Chronicles have received this intriguing photograph and report from a Swansea resident who claims to have seen a large unidentified object from his bedroom window. Mr P Lewis captured the image in the early hours of the morning of Monday 21st July 2014. Mr P Lewis, a decorated ex-solider had this testimonial; More…

PROJECT HORIZON DECLASSIFIED DOCUMENTS MAY BE LINKED TO THE “FORBIDDEN ZONES” ON THE MOON!  by Carolyn Shield. I asked an insider that worked at NASA during the Apollo missions were there “forbidden zones” on the moon. He admitted that there were. The insider said. Always remember NASA worked with the military.” The declassification of the report of Project Horizon reveals the studies by the military in using the moon for observation of Earth communications. They were going to spy on us. Another part of Project Horizon was “weaponizing space” using the moon to launch missiles at Earth. More.

BEWARE THE WOMEN IN BLACK  by Nick Redfern. Within the world of UFO research, the Men in Black are just about as legendary as they are feared. These pale-faced, ghoulish entities have for decades terrorized into silence both witnesses to, and researchers of, UFO encounters. Theories for who, or what, the MIB might be are many. They include: extraterrestrials, government agents, demonic creatures, time-travelers from the future, and inter-dimensional beings from realms that co-exist with ours. More….

NANCY GARCIA, PSYCHIC, PARANORMAL EXPERIENCER: THE INTERVIEW  by Paul Dale Roberts. Recent at Interview: Nancy Garcia, Paul Dale Roberts, Melody. Location of Interview: Starbucks, Howe ’bout Arden – 2100 Arden Way, Sacramento, CA. Question: Before we get this interview started Nancy, let’s ask a few personal questions. Where were you born and raised? What are your hobbies and recreational activities? Where have you traveled to? What are your favorite movies, TV shows, and books? Your family life? More…

POSITIVE ETS ARE HERE TO ASSIST WITH OUR DIMENSION ASCENSION by Alfred Lambremont Webre. VANCOUVER, BC — an ExopoliticsTV interview with Alfred Lambremont Webre from Adelaide, South Australia, ET contactee Dermot Kelly spoke of his personal ET contacts and his insights that advanced, positive extraterrestrial civilizations are here to assist with our dimensional ascension from a time-space 3rd Dimension service-to-self … More…