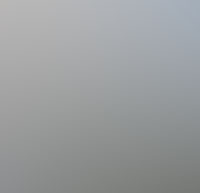 If you can’t see the newsletter below click on this link:
https://www.ufodigest.com/content/ufo-digest-newsletter-july-25-2013

More unsettling military UFO encounters by Doc Vega. There are many interconnecting testimonies and documented incidents that tend to corroborate claims that an actual deep underground military base (DUMB) is located near Dulce, New Mexico. Aside for the decades long saga of cattle mutilations that forced ranchers like the Gomez family to leave the business due to excessive losses of cattle, the purported underground firefight between humans and alien entities reported by Phil Schneider, a government geological expert, and numerous sightings made by Native Americans living in the immediate area, more evidence continues to pour in. More…

Déjà vu, Reality Glitches, What Are the Possibilities? by Diane Tessman. We’ve all had deju vu moments, a term which means “re-seeing” or “already seen.” This experience is an anomaly in reality itself, and yet we just stop for a second and say to ourselves, “Huh?” and then go on about our daily lives. In fact, an enormous event has happened, an “ad lib” moment in quantum reality of which Schrodinger and his cat, would be proud.More…

The Curse of the Vampire; Or the Truth about Christian Fundamentalist Inspired Genocide by Pat Regan . Most of us are familiar with the dark and sinister figure of the vampire made popular by Bram Stoker and actors like Christopher Lee. We all know that the ‘undead’ are deterred by garlic and the sign of the holy crucifix. This latter point is quite interesting, yet its symbolism is really nothing to do with any sacred conflict between good and evil. More…

Mysterious Orange Creature Spotted off Long Island by Chris Holly. I found this email waiting for me today and thought it was worth asking if anyone else has seen or had an experience along the ocean coast like the one this couple had. I live along the shore and I have not seen anything like this but will start to ask around my community. If anyone knows what this creature may be please contact me at my site or through UFO Digest with the information. Below find the email and report of the ocean creature spotted off the Atlantic Ocean coast of Long Island, New York. : More…

White Orb/UFO flies over Hamilton, Ontario by Dirk Vander Ploeg. A Hamilton, Ontario witness reported the following sighting at 9:36 PM on 12 July 2012 to the MUFON database. I was driving down Main and had just made a left onto Spadina Avenue. As I was pulling up to the first set of stop signs at the first intersection on Spadina and Dunsmure Road, there was a car going to park in his/her driveway and another one coming through the intersection. More…

And: Can Astrophysicists Explain UFO Mystery?

Book Review of The Kendall Stone by AJ. Due to the nature of my own research, one of the aspects of The Kendall Stone this reviewer found most interesting is; nearly everything about the story contained within its pages has been documented as having already occurred, is happening at the present moment, or is forecast – by different people across our World – to occur; and most likely, in our own lifetimes. We can therefore categorize this book not as a simple novel, but as faction: a cross between fiction and nonfiction. More…

Alien propulsion details revealed by Warren Aston. Learning how ET travels to Earth from the stars has always been one of Ufology’s biggest mysteries. And since extra-terrestrial craft began crashing – at least by the 1930’s – discovering these secrets has been a prime motive behind the military-industrial recovery of crashed craft and attempts to back-engineer them. Most UFO researchers are convinced that substantial progress has been made covertly in replicating these craft, as famously indicated by Lockheed scientist Ben Rich’s 1993 comments to the effect that the US now has the means to “take ET home.” More…

Medical Science Labeling Spiritual and ET Experiences by Tony Elliott. Our current level of medical knowledge is still at the infantile stage, simply because of their failure to recognize the spiritual and subconscious level of the science. More…

Magic of Celtic Ireland Tour 2013 from Great Mystery Tours. There is a magic about Ireland which is recognized by people worldwide, maybe because its name means Land of the Goddess Eriu. Be open to magic and it will happen! – our Celtic ancestors knew this and they are inviting you to do the same… The varied landscape of lush green meadows, mountain ranges and spectacular coastline certainly lead one to believe that this land is blessed and stories of fairy folk and leprechauns also reflect the belief that the land has guardians. More…

A Four Letter Word, Math by R.W. Sanders. I read an article today, published at Mail Online, that covered a paper recently published by two scientists from the University of Edinburgh. These two professors actually did some math. Now for many the word math is indeed, a four letter word. Most folks just hate math. They hated it in grade school, high school and avoided it in college. This group is very large. I understand the impulse to avoid doing math. It is very similar to avoiding the dentist. Eventually you have to use both. More…

Scarborough UFO High Above Daycare Center! by Paul Shishis. On July 13,2013 while visiting my Mother in a Daycare home in Scarborough I went outside to have a cigarette. After about three – four minutes I noticed a strange white object glinting on and off. This thing was extremely high. More…

Once Upon A Missing Time by Philip Mantle – https://www.ufodigest.com/video/once-upon-missing-time-philip-mantle