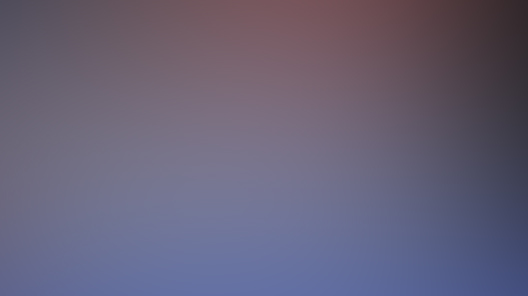 If you can’t see the newsletter below click on this link: https://www.ufodigest.com/content/ufo-digest-newsletter-july 26-2012
Sponsored by Marks Friday Funnies!

This week astronaut Sally Ride died, Diane Tessman remembers her hero. Do you watch Torchwood. I do and so does Diane. Alfred Lambremont Webre claims that Niburu did flyby this week by the event was hidden by chemtrails. Marc G. wraps up his article on the ‘Year-long Stay on ET Base.’ A humanoid parachutist was seen over the ocean. Jon Kelly believes alleged Colorodo shooter James Holmes had fantasies before the shooting. Roger Marsh reports on multiple U.S. sightings. Nancy Roof is holding a televised seminar this weekend called ‘Architects of Change.’ Paul Schroeder explains alien abduction. Contributor Pat Regan has written a book, Peter Swift and the Secret of Genounia. Check it out. Scott Corrales reports on a UFO believer who set a forest fire. Leading Canadian newspaper writes that Canada had 968 UFO sightings last year. Finally TJ Morris has an article and blog posts for her fans. Enjoy Dirk

Good-bye, Sally Ride, May the Wind Be at Your Back! by Diane Tessman. Sally Ride is a hero of mine and of women everywhere who want to boldly go where no ONE (not “no man”), has gone before! I dare say, many men also view her as “hero.” Before Sally Ride, American astronauts were an old boys club – then came Sally Ride. She continued to work for the progress of humankind in space and on Earth after her retirement in a number of exciting, innovative ventures. More…

Also read: “Torchwood” – The 21st Century Is When It All Changes!

Niburu Flyby Hidden by Chemtrails by Alfred Lambremont Webre. Futurist Alfred Lambremont Webre will present a compelling working hypothesis at the Consciousness beyond Chemtrails Conference in Los Angeles, August 17-19, 2012 whose speakers include actress Roseanne Barr who ran for the Green Party nomination for President in 2012 and is a strong opponent of the U.S. government’s secret Chemtrails program. More…

Year-long Stay on ET Base – Part Four by Marc G.. Q: I’d like to ask about their physical aspect. You said they were very tall, and also, in your opinion where did they come from? RL: They said they came from a neighboring galaxy. Maybe it’s been detected by now, I don’t know, but at the time, they said the galaxy they came from wasn’t known to our scientists. As to their appearance, they looked more or less like us, they were white, about six and a half feet tall, except for the arms which are longer than ours. And the eyes were like our Japanese or Chinese, but not horizontal like us, they were slightly slanted. More…

A Humanoid Parachutist in the High Seas? by Angel Carretero. I have always been interested in close encounters, landings and cases in which there is the presence of entities, whether there is a related object or not. I have endeavored to restrict my research to the Community of Andalusia, but every so often I’ve become interested in phenomena from beyond those confines. More…

Colorado Witness Describes UFO as an ‘Orange Globe’ by Roger Marsh. An Arvada, CO, witness reported watching a “yellow-orange globe” that moved across the sky at the tree top level about 9:15 p.m. on July 16, 2012, according to testimony from the Mutual UFO Network (MUFON) witness reporting database. The witness stepped outside after a band practice when the object was first seen. More…

Regaining Our Humanity by Nancy Roof. Architects of Change invites you to meet inspirational individuals who envision and construct powerful practical changes that substantially enhance our planetary wellbeing. Like their namesakes, Architects of Change lovingly restore or construct fresh versions of our world, one brick at a time. More…

What Are Alien Abductions All About? by Paul Schroeder. “All truth passes through three (3) stages. First, it is ridiculed. Second, it is violently opposed. Third, it is accepted as being self-evident.” – Arthur Schopenhauer” I imagine strongly that I am just dreaming, but I am again awake in another dimension, unsure of what reality is. Within a blackness, a voice intones, resonant and deeply bass, over and over and over and over: “What a beautiful child, such a lovely child.” More…

Also read: BROKEN TRUST: How Safe Is Your Child At School?

UFO Buff Sets Off Forest Fire In Spain by Scott Corrales. A 29-year-old held in custody by the Guardia Civil (state police) as the alleged culprit in a forest fire last Sunday in Sierra La Muela (Cartagena) confessed to having visited the site to see UFOs with some friends, and when he was left alone, he lit a signal flare, which supposedly ignited the fire that devoured eleven hectares. More…

Canadians Reported 968 UFO Sightings In 2011! by Dirk Vander Ploeg. According to Ufology Research, which has studied unidentified flying objects in this country since 1989, there were 986 sightings in 2011 — or almost three per day. The record for a single year is 1,004 sightings, set in 2008. Ontario led the country in sightings, with 406. B.C. and Alberta placed a distant second and third. More…

Alien Contact Investigative Reports by TJ Morris. In the course of my real life doing investigations with follow up assured confidential investigative reports, I have had many reality checks in person in the 3D visual world. I also have had many years in the business and information security training. More…