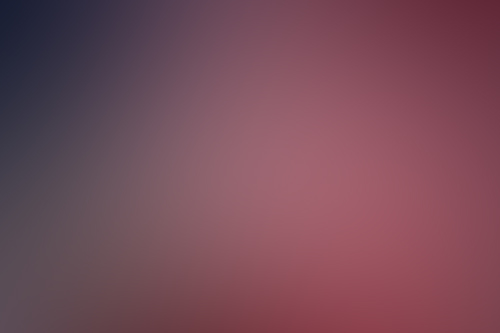 Happy 4th of July America! This week’s newsletter begins with The Octopus from Hell by Steve Erdmann. Then Sean Casteel profiles Dr. Barry Taff and the psychic wars. Next, Diane Tessman asks are aliens part of God’s domain. This article was prompted by an article by Nigel Grogan who writes did God create the universe. Scott Corrales reports on a UFO in Argentina. Then, Kathy Marden and Denise Stoner on why we should take alien abductions seriously. Roger Marsh reports on a chevron UFO. Next, Doc Vega publishes a 3-part sereis on UFOs, Vikings and Bigfoots. Nick Pope highlights the secrets contained in the MoD UFO files. Then I interview a witness to several bizarre sightings and report on a UFO sighting on Presque Isle. Carolyn Shield updates us on the great Bee kill off. Charles Moulton writes about ghosts and hauntings and finally Shy Brown continues with Rotten to the Core. Enjoy Dirk

The Octopus from Hell by Steve Erdmann . Seymour started with mystery deaths and drug dealings in Mariposa County, California and recounted comments by Vivian L. Wagner of DIG (Decency in Government) and her letter to President Reagan about the missteps DIG encountered in the court system. Her frank opinion was rewarded by a prospective meeting, but her husband, attorney Chuck Wagner decided to “close shop”, desert his practice and disappear. Seymour never found out why. More…

Dr. Barry Taff: A Veteran Of The Psychic Wars by Sean Casteel. Dr. Barry Taff has been on the forefront of the academic study of psychic phenomena for decades and has long documented the connection between psi events and UFOs. His own psychic experiences began in childhood, and he has no doubt of the reality of some form of coupling between human consciousness and a field of energy that we do not as yet understand. More…

Are Aliens Part of God’s Domain? by Diane Tessman. If you believe in God, you have to ask yourself, “Did God create aliens too?” If you do not believe in God, you have to wonder how life managed to pop up on far distant planets which have environments that seem hostile to life. If aliens are from other dimensions, is our God in their dimension too? If aliens are future human time travelers, did God make it to the future? More…

Did God Create The Universe? by Nigel Grogan. I am an avid reader of UFO Digest articles and am continually amazed at the wide variety of theories and explanations for the existence of UFOs, covering all aspects of the phenomena, from their origins to their ultimate intentions. More…

UFO Photographed in the River Islands of Victoria in Argentina by Scott Corrales. A member of a photo club based in the city of Victoria was shooting the landscape when an unidentified flying object turned up in one of the pictures. The image was submitted to experts on the subject, who will know whether the object is a UFO or not. More…

Why Take Alien Abduction Seriously? by Kathy Marden . You and your spouse are en route to your weekend camping enclave near Buena Vista, Colorado. Family and friends await your arrival. You have descended Kenosha Pass, a 10,000 foot high cut that leads toward Jefferson and the South Park Valley, when suddenly your eyes were drawn to a lighted object in freefall. You begin to shift sideward toward the desert floor, under someone else’s control. As if only a moment has passed you find yourself miles away, on a different stretch of road, with no memory of how you arrived there. Fifty-five miles has simply vanished. More…

California mom-daughter encounter chevron UFO by Roger Marsh. A California mom and daughter northbound along Highway 88 in Alpine County reported a “chevron-shaped object just above the tall tree line” that hovered and slowly moved south about 8 p.m. on January 8, 2013, according to testimony from the Mutual UFO Network (MUFON) witness reporting database. More…

UFOs, Vikings and Bigfoots? by Doc Vega. Let me preface this article with an interesting story that came from a tabloid I had read back in the mid 1990’s. It pertains to the following article and attests to the nature of the mighty Vikings. According to the account an ancient record that was handed down describes a UFO encounter from the distant past experienced by the Leif Erickson’s crew who were on their way to North America. I am not sure about what medium that this historic account was recorded in as the Vikings did not supposedly have a written language. Even though the Norsemen were considered incredible craftsman, weapon makers, and accomplished artists, there was no written word. Perhaps these accounts came as a result of pictograms or engraved images. More…

National Archives UFO Files by Nick Pope. In my first column for UFO Digest, back in April, I gave an overview of the five-year program to declassify and release the entire archive of British Government UFO files, sending them from the Ministry of Defense to the National Archives. What I couldn’t reveal at the time (as the story was under strict media embargo) was that the final batch of files was soon to be released. Now that this has occurred, I can write the final chapter in what’s been one of the biggest UFO-related stories in recent years and answer the questions I’m most often asked about all this. More…

Floating Orb Playing With Planes and More! by Dirk Vander Ploeg.I had the opportunity to interview Carolyn, who now lives in Petrolia, Ontario, which is approximately 25-miles from Sarnia, Ontario. She is a 38-year old woman who has worked as an actor, model and in film production. She has experienced several strange events over the past few years. More…

The Haunting Ground Of Aristocrats by Charles Moulton. The greatest summers of my childhood were spent in what now is one of East Sweden’s top tourist attractions: Kalmar. The inner city today is the home of around 25 trendy restaurants, museums, boat trip rides, beaches and a marvelous castle. Visiting my grandmother, hearing my mother Gun Kronzell sing in concerts, playing with my best friend on Sweden’s sunniest island Öland, visiting what my father Herbert Moulton described as: “A magic tree that drops presents from its branches!”, falling in love with the local girl: those were all memories concieved to adore. More…

Massive Bee deaths over 36 million found in Elmwood Canada by Carolyn Shield. Canadian beekeepers have lost over 600 hives with the estimation of over 36 million honeybee deaths in Elmwood Canada. The beekeepers noticed the bees’ deaths after GMO corn crops were introduced to the farms. The European Union has placed a ban on GMO seeds due to studies indicating they are responsible with pesticides for massive bees’ deaths. More…

From the Journal of Cheetah and Jane: Rotten to the Core by Shy Brown. I had a strong intuition about people, things and events. I mostly kept it to myself, since I was not a very vocal child. After my near-death experience, I went back in the hospital three more times before the age of six. I had three surgeries to correct my problem with being “wall-eyed.” For those of you who do not know what “wall-eyed” means, this condition is the exact opposite of being cross-eyed. More…

Subscribers: As regular readers of the UFO Digest newsletter could you please forward a copy to friends or associates you believe may be interested in our articles. The newsletter is an important element of UFO Digest and I would really like to increase its membership.
Thanks Dirk.