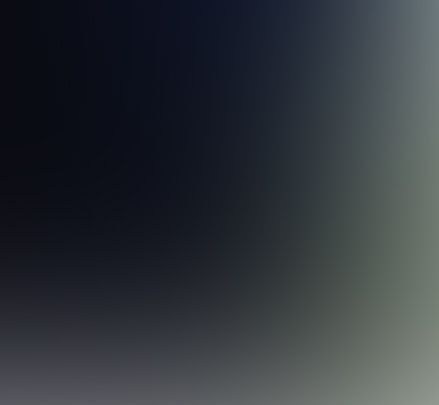 If you can’t see the newsletter below click on this link:
https://www.ufodigest.com/article/newsletter-0612

UFO CONTACT THROUGH THE MIND  By Brad and Sherry Steiger. Some of the most controversial aspects of our recent book Real Encounters, Different Dimensions, and Otherworldy Beings dealt with contactees, abductees, and others who claim that their encounters with alien beings were achieved through dreams, astral projections, near-death experiences, and past life memories. After our more than 50 years researching accounts of UFO contact, it has become clear to us that thousands of experiencers have met UFO intelligences through the mind, spirit, or nonphysical self and that consciousness offers a valid tool for exploring the UFO phenomenon. More…

ORBS AS A SPIRITUAL CONTACT MEDIUM AND THE WAY OF THE PSYCHIC WARRIOR  by Pat Regan. I was recently chasing local bats with my camera and got more than I had bargained for. The bats were extremely fast and remained elusive but I managed to get some rather interesting shots of floating orbs. Of course many theories exist about orbs from the mundane to the paranormal. Moreover, there is probably truth in both ends of the belief spectrum concerning this fascinating phenomenon. Yes, they may indeed be reflected dust particles, rain droplets, etc – but ‘not’ always! More

Also read: THE RUFFORD TWISTER UFO: 5 YEARS ON AND STILL A ‘TW-YSTERY”!

STRANGE OBJECT IN THE VACINITY OF THE POPOCATEPETL VOLCANO, MEXICO  by Scott Corrales. Users of Twitter reported having seen a UFO in the vicinity of Mexico’s Popocatepetl Volcano on Monday morning. In recent days, the government of that country has reported an increase in the stratovolcano’s activity, recording up to 430 emanations in 24 hours with outbursts of incandescent material. Following a photograph of volcanic activity this morning by @webcamsdemexico, taken from the popular SkyAlert, Twitter users highlighted the presence of an unusual dark spot in the images. More…

RECOLLECTIONS OF A HOVERING EGG-SHAPED UFO  by Roger Marsh. A Canadian witness at Abbotsford, British Columbia, recalled a frightening experience with a silent, egg-shaped object that hovered nearby for three minutes before moving away at “warp drive,” according to June 6, 2014, testimony in Case 56883 from the Mutual UFO Network (MUFON) witness reporting database.  More…

FUKUSHIMA RADIATION – INTENTIONAL EXTERMINATION, ECOCIDE by Alfred Lambremont Webre. In an ExopoliticsTV interview with Alfred Lambremont Webre, independent scientist Leuren Moret, MA, PhD ABD, detailed how the Fukushima site have now, through the Wigner effect, become breeder reactors, furthering an intentional global depopulation and extermination of the human (and animal species) population. Ms. Moret reveals how the HAARP Tesla technology can be used to reverse the radiation now present in the Earth’s atmospheric column, its oceans and land masses, and terminate the intentional extermination program.  More..

NEW YORK’S UFO CAPITAL IS PINE BUSH!  by Cheryl Costa. Pine Bush – New York’s UFO Capital, that’s what people were telling back in April. They all said I should go to the Pine Bush UFO Fair. To be honest with you I had not heard of Pine Bush, New York prior to that. Then my editor mentions Pine Bush to me as well. Unfortunately by the time I got around to researching it, the one-day festival had come and gone. The claim to fame is that Pine Bush is New York’s UFO Capital. This point is proclaimed in the book “Weird New York.” More…

GHOST HUNTERS AND BEYOND THIS PLACE WHERE MONSTERS DWELL!  by Paul Schroeder. What dangers exist for the uninitiated amateurs who go “ghost-hunting”? A “ghost box’, however fascinating as a doorway to the unseen, offers a dangerous opportunity for a masquerading evil one to enter to feast on your energies. What if powerful demonics are infesting a presumed ‘haunted house’? More.

HOW REAL AUSTRALIAN UFO HUNTERS TRAIN THEIR INVESTIGATORS  by Mary-Ann Russon. An Australian group of UFO hunters has introduced in-house training and an examination, to ensure that its members know how to deal with the public properly, but the exam will not be added to the TAFE curriculum in the near future, as reported by the Australian media. “Our first test was held on Sunday but its still in its infancy,” Ivan Rigoni, Victorian UFO Action’s (VUFOA’s) investigations case coordinator tells IBTimes UK. More….

COFAX CA RECEIVES UFO VISITS NIGHTLY  by Paul Dale Roberts. The U.S. government has no evidence that any life exists outside our planet, or that an extraterrestrial presence has contacted or engaged any member of the human race.In addition, there is no credible information to suggest that any evidence is being hidden from the public’s eye. Many scientists and mathematicians have looked with a statistical mindset at the question of whether life likely exists beyond Earth and have come to the conclusion that the odds are pretty high that somewhere among the trillions and trillions of stars in the universe there is a planet other than ours that is home to life. More…

STARTLING NEW DISCOVERIES: ANCIENT ASTRONAUTS, SECRET CULTS AND LOST CIVILIZATIONS  from Warwick Associates. Michael Pye and Kirsten Dalley have gathered together the world’s most adventurous and knowledgeable researchers and bestselling authors to expound on subjects relating to the ancient world. For their new anthology, Lost Secrets of the Gods: The Latest Evidence and Revelations on Ancient Astronauts, Precursor Cultures, and Secret Societies, original essays––revealing “white paper” treatises––were contributed by such luminaries as: More...