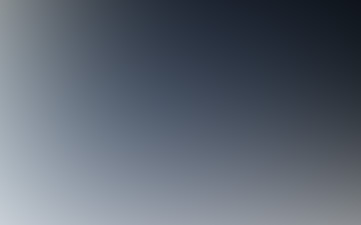 This week Diane Tessman writes about extraterrestrials in suspended animation. Then Nick Pope reviews the Citizen Hearing on Disclosure which he attended. Scott Corrales sends us photo and video proof of an object flying into the Popocatepetl volcano! Next, Roger Marsh reports on similar looking UFOs with rotating lights. Next, Albert Venczel gives us a primer on Remote Viewing. Then, Paul Schroeder informs us of a defense against demons and aliens and also contributes an article Dances with Nuns! Christian Macé shares a UFO sighting at Pornic Loire-Atlantique in France. Jon Kelly interviews Sirius producer J.D. Seraphine. I found an interesting article on witches and monkey men. Also from SBWire, can UFOs advance science? Babu G. Ranganathan asks if meteors and asteroids originated from Earth. I also found this article to be very interesting: Definition of Metabolism, UFOs and Aliens in 2013 byMAKANDAL. Finally, Paul Shishis publishes ‘New Video of UFOs Over Whitby, Ontario’ with new photos and exclusive video. Enjoy Dirk

If you can’t see the newsletter below click on this link:
https://www.ufodigest.com/content/ufo-digest-newsletter-june-06-2013
Sponsored by Marks Friday Funnies!

Getting to Earth the Hard Way: Extraterrestrials in Suspended Animation by Diane Tessman. We tend to embrace the concepts of warp drive or wormhole shortcuts to explain how interstellar travelers journey to Earth; however, what if some extraterrestrials are not that advanced technologically? Then these intrepid alien astronauts probably hibernate in cryogenic stasis within the womb of their mothership for decades or even centuries before finally setting orbit around Planet Earth. When awakened, they head out in smaller scout ships to survey and explore Earth. More…

Citizen Hearing on Disclosure – Review by Nick Pope. In my previous column I wrote about the Citizen Hearing on Disclosure, a five-day event held at the National Press Club in Washington DC from April 29 – May 3, the format of which mirrored the Congressional hearings on UFOs that many in the UFO community want to see and believe might be a precursor to ‘Disclosure’. The event has now taken place and in this column I’m going to offer some thoughts on how it went. More…

Photo and Video of Popocatepetl Anomaly by Scott Corrales. Contributing Editor Prof. Ana Luisa Cid sends us a link to a video of the anomaly picked up on the camera belonging to the TELEVISA television network, which is aimed at the slopes of the Popocatepetl Volcano: The video has been embedded in the video section of UFO Digest. More…

Similar UFO Often Appears In Eastern Sky of Missouri by Roger Marsh. An Independence, MO, witness reported “a stationary object with rotating lights” that has been seen for several months looking toward the eastern sky, according to May 30, 2013, testimony from the Mutual UFO Network (MUFON) witness reporting database. The Missouri MUFON Assistant State Director filed the report as the witness asked to remain anonymous. More…

REMOTE VIEWING: A Primer by Albert Venczel. Some time in the 1970s, a group of American psi researchers at Stanford Research Institute (SRI) had a breakthrough. This breakthrough was the discovery that human beings could connect their minds to the Matrix, which contains all knowledge, and that they could download it as a pattern of information and render it using a paper and pencil by using strict protocols. This Matrix exists outside of time and space. A connection to it can be made via the “signal line” that emerges from the top of the head once the Remote Viewer succeeds in silencing the mid-brain, and sending the frontal lobes into alpha wave hyper-drive. One way to describe this function is as “Non local awareness”. However, during the session the viewer has laser-like focus. More…

Dances With Nuns by Paul Schroeder. Truth and history are stranger than fiction. What happens when a Jewish Administrative Head of an all Catholic- Convent-attached nursing home is honored at a Catholic fundraiser dinner? Hell can break loose for a moment as civilized, religiously devout people’s masks slip just a bit to reveal primal feelings of hate, underneath. More…

UFO filmed in Pornic Loire-Atlantique in France on June 2, 2013 by Christian Macé. Many thanks to Nicole’s friend who just sent me his film that took in Pornic Loire-Atlantique in France, on 02 June 2013. Watching the film, Nicole distinguish a flash on the film. Then Nicole was able to make a still picture, and there we can see a UFO on the photo from the film by Nicole! More…

Sirius documentary producer wants profits for crowdfunders and truth for the masses by Jon Kelly. In an exclusive live interview broadcast over YouTube on Wednesday, May 29, 2013, “Sirius” producer J.D. Seraphine responded to critics who argue that the documentary film (cited as the result of one of the most successful crowdfunding initiatives in internet history) should be available to the public at no charge. “Of course we considered putting it out on YouTube for free,” the son of the hit band Chicago’s founding drummer Danny Seraphine explained. “A lot of documentaries in this subject have been done that way. But we said to ourselves, “Who’s going to see the movie then?” More…

Tall Tales with Witches, Monkey Man, Etc from The Times of India. It’s the stuff of pulp fiction. A ‘witch’ — some say three ‘witches’ — is rumoured to be on the prowl in Delhi, asking for onions. The tale goes that anyone unfortunate enough to give her an onion dies after the witch cuts the onion. What’s more, blood pours from it. Those falling for the gag are applying palm prints of turmeric and henna on doors to ward off her evil eye. More…

Can UFOs Advance Science? A New Look at the Evidence from SBWIRE. SUNRISE Information Services will attempt to do what the scientific community considers impossible: to solve the UFO mystery and advance science from the study of UFOs. However, it needs public assistance to make it a reality. SUNRISE is seeking public financial support to fund a new book titled Can UFOs Advance Science? to be printed and released by August 2013. This is the first stage in what could possibly be a momentous discovery if found to be true. More…

Do Meteors and asteroids originate from Earth? by Babu G. Ranganathan. Recently, the headlines are filled with news about finding organic compounds and, perhaps, life itself in asteroids and meteors. There’s a good reason for that possibility. In the Earth’s past there was powerful volcanic activity which could have easily spewed dirt and rock containing microbes into outer space which not only could have eventually reached Mars but also ended up traveling in orbit through space that we now know as comets, asteroids, and meteors. A Newsweek article of September 21, 1998, p.12 mentions exactly this possibility. “We think there’s about 7 million tons of earth soil sitting on Mars”, says NASA scientist Kenneth Nealson. “You have to consider the possibility that if we find life on Mars, it could have come from the Earth” [Weingarten, T., Newsweek, September 21, 1998, p.12]. More…

Definition of Metabolism, UFOs and Aliens in 2013 by MAKANDAL. This might stretch us to long philosophical discussion so let us supposed alien life is a self replicant, able to evolve and self-sustainable chemical process (what is called metabolism). Some biologists are still arguing to know whether metabolism or self replication came first. Metabolism needs proteins, self replication need nucleo-acid. More…

New Video of UFO Over Whitby, Ontario by Paul Shishis. I would like to share something extraordinary that has been observed in the Durham Region skies on June 3rd 2013. For myself , once again. I’m just in utter shock! Here in detail is what I personally witnessed of three UFO’s over Oshawa, Ontario. More…