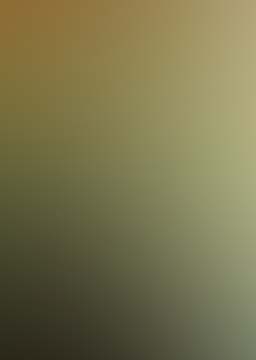 Biggest news today is the election of Pope Francis to head the Roman Catholic Church. Diane Tessman takes a look at the prophecy concerning the new Pontiff. Next, Pat Regan takes a totally different view at the Pope and the Catholic Church. Then, Sean Casteel, explores the life of UFO contactee Oscar Magocsi! I published a number of reports this week: everything from UFOs over Massachusetts to Russell Crowe photographing a UFO! Doc Vega submits various articles on UFO lore. Alfred Lambremont Webre writes about Planet X/Nibiru and an alternative timeline! Roger Marsh reports on a UFO hovering over family trailer. Then, R.W. Sanders asks if there is someone willing to meet an alien? I published a report by Phil Johnson concerning a UFO over Berwickshire, UK. Louis Hart offers more of his wisdom. Floco Tausin writes more about Floaters and the I Ching. Then lastly, Lori Carter writes about a powerless electric city. Enjoy Dirk.

If you can’t see the newsletter below click on this link:
https://www.ufodigest.com/content/ufo-digest-newsletter-march-14-2013
Sponsored by Marks Friday Funnies!

Pope Francis: Nostradamus and Malachy Wrong? by Diane Tessman. The easy answer is, “Yes!” The prophecies of Nostradamus and Saint Malachy were proven wrong yesterday as the Catholic cardinals chose Jorge Mario Bergoglio, Archbishop of Argentina, as the new pope. At first glance, there seems to be no connection between Pope Francis and the famous (or infamous), prophecies that Peter Romanus would be the last pope as “two suns” blaze in the sky (Comet ISON). More…

Also read: Aliens: Is The Real Intelligence Behind These Avatars?

A New Pope, but sinister darkness resides behind the celebrations by Pat Regan. So now, in March 2013, the Catholic Church is in a jubilant state of ecstasy over its brand new Jesuit Pope Francis. Born in Argentina, Pope Francis is the first Latin American to lead the Roman Catholic Church. He’s also the first Jesuit to hold the position. Nuns, priests and the general Catholic throng are happily exchanging greetings together about the papal news. It’s all ecclesiastical joy, huge hugs and big kisses. More…

The Many Worlds And Other Dimensions Of Oscar Magocsi, UFO Contactee Extraordinaire by Sean Casteel. His is an old-fashioned UFO story in the same vein as George Adamski and Daniel Fry. He was not abducted by grey aliens, but communicated face-to-face with blonde-haired, blue-eyed Nordic types. It’s a pretty much “nuts-and-bolts” encounter with a couple of junkets to other planets and another dimension or two. Nothing out of the ordinary. Ever heard the name Oscar Magocsi? No? Doesn’t ring a bell? More…

Blue Unknown Craft Photographed Over Massachusetts by Dirk Vander Ploeg. Publisher’s Note: Received an email this morning from one of our readers Diane P. She enclosed the following photograph and these facts. The photo was taken on February 21, 2013. The time was 20:21 (8:21 PM) Eastern Time. It is photographed in Massachusetts, United States. More…

Night Siege in Nome by Doc Vega. In October 2000, a frightening chain of events unfolded and shed a new sinister light on the abduction syndrome. Until that time most researchers involved in that esoteric field of medical and psychological research viewed abductions as mysterious and compelling, but not necessarily monstrous and terrifying! More…

Also read: Mysterious Mars and the search for life

UFO Disc Hovers Over West Virginia Families’ Trailer by Roger Marsh. West Virginia family members at Bridgeport reported what first appeared to be a plane making an emergency landing was actually a disc-shaped object hovering above a trailer about 9 p.m. on March 12, 2013, according to testimony from the Mutual UFO Network (MUFON) witness reporting database. More…

WANTED: Someone Willing To Meet An Alien by R.W. Sanders. Never ask a question that you don’t want answered. Always sage advice, but this time I actually would enjoy several of the answers I received when I authored a piece here at UFO Digest. I challenged ET and called him out rather roughly. I was simultaneously malevolent and benevolent. While letting ET know he had a public relations problem, I offered my assistance. I informed him that his reluctance to show himself was being interpreted as cowardice. More…

UFO Photographed Over Berwickshire UK by Phil Johnson. NEW pictures of the strange blue object spotted in the Berwickshire night sky last month have added another layer of intrigue to what some say is a UFO mystery. Paul Taylor was driving home from Berwick to Duns on February 1 when an unusual patch of light in the dark sky caught his attention. More…

Spirit Calls by Louis Hart. Often, early in the morning, I know from the moment I awaken that I need to travel to some physical place and make a connection there. I refer to these as spirit calls. It’s as if I’m being summoned. It’s not that I am bound by some force to go, but I have learned that when I respond the result is often an incredible experience. More…

Floaters and the I Ching by Floco Tausin. In China, the Book of Changes (I Ching) is one of the most important books used for divination and self-realization. Its principle may have been developed from the perception of eye floaters during altered states of consciousness. “Eye floaters” (mouches volantes or muscae volitantes in French and German ophthalmology) is a collective term used in ophthalmology for all possible opacities in the vitreous. More…

Where Were You When the Lights Went Out in the Electric City? by Lori Carter. Sunday, March 10, 2013 and it’s raining outside again. I wonder if we will experience the same thing tonight that we did last night. Butler, “The Electric City”, so named for being the first city west of the Mississippi River to have electricity loses power whenever the weather changes. If it rains, if it snows, if it is hot, or if it blows you should automatically start reaching for your flashlights. They usually get it back on pretty quick, and it usually only goes out in pockets. More…