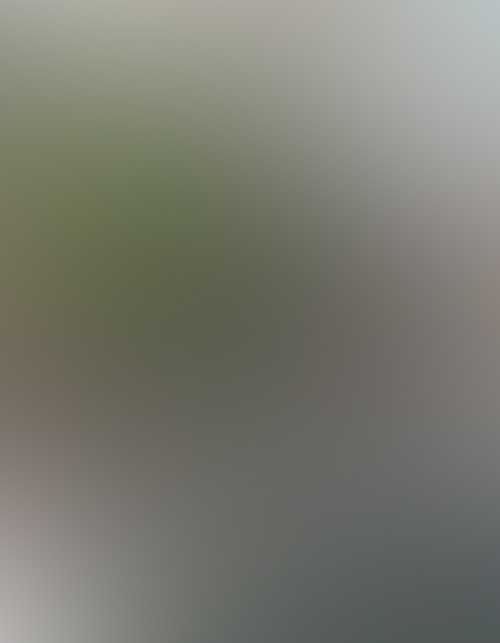 Enjoy the upcoming long weekend and celebrate Easter in your own fashion. This week Diane Tessman discusses the top 10 likely homes of our UFO occupants. Then, Chris Holly tells the tale of a family camping in the Catskills. Next, Pat Regan, tells us about the significance of Romans, Red Rum and… Sean Casteel remembers Jim Moseley. Neil Gould has news about alternative energy resources. Next, Doc Vega writes about abandoned radar sites and downed UFOs. John DiNardo examines Planet x. Christian Mace discovers a ghost or an angel on Mars! Then, Reinaldo Rios writes about UFOs and the Church. Alfred Lambremont Webre debates an ET coverup. Roger Marsh reports on several UFO incidents. Next, Louis Hart writes about when a soul moves on. Then, R.W. Sanders gets down to business. Dirk

If you can’t see the newsletter below click on this link:
https://www.ufodigest.com/content/ufo-digest-newsletter-march-28-2013
Sponsored by Marks Friday Funnies!

Top 10 Home Sources for UFO Occupants by Diane Tessman. Here are ten potential home sources of the pilots/occupants of UFOs, if indeed the UFOs have occupants. It is possible that UFOs are life-forms unto themselves. By this I mean, not “just” sky/space critters but living, advanced entities from somewhere or some-when else. More…

Camping in the Catskills with UFOs by Chris Holly. A young couple who are related to me through my husband knew I was a paranormal writer and also was a bit crazy for doing what I do. The couple knew little to nothing about things considered unknown and were happy to leave it that way. They made it clear they felt I was a wacko who wastes my time writing about all the crazy paranormal stuff! They look at me differently now – in fact, they look at lots of things differently now. More…

The Romans, Red Rum, and the Glorious Horses of Mars by Pat Regan. This period was exceptionally important to the primordial peoples, as it was once given as the opening month of the new season. January and February, which were also named after Roman divinities, were originally believed to be rather stagnant months with little significance being allotted to them. On the 14th day of the month a festivity called the ‘Equiria’ was held. This festival was sacred to Mars and great horse races were run in the Campus Martius. More…

Hail, Hail, The Gang’s All Here! – Remembering The Trickster of UFOlogy, Jim Moseley by Sean Casteel. The “old guard” of UFOlogy is quickly passing away before our very eyes. First there was John Keel, then Richard Hall, Ingo Swann, George Fawcett and most recently a man who remained for many years one of the most controversial and influential figures in all of UFO-dom, a personality who many loved and others equally despised. More…

Nexus of the ET Issue? – Hydrogen Economy by Neil Gould. Inventors of alternative energy resources have frequently disappeared shortly after exposing their prototypes. The electric car is another example of this suppression of new energy technologies. GM had the EV-1 Electric Vehicle and had them crushed into small cubes to be forgotten forever. Oil companies do not want self-powering batteries, which would render oil as fuel in combustion engines, obsolete. Stan Ovshinsky built a very good battery for the EV-1. GM bought it and then sold it to the oil companies. More…

Do abandoned radar sites in New Mexico hold the secret to UFO crashes? by Doc Vega. Hidden in many sites across the barren wastelands of the New Mexico high desert is a sadly discarded history that could give us great insight into validating the many suspected crashes of UFO’s over the decades. Is it possible that the key to the mysterious reports of flying saucers found either relatively intact or displaying huge debris fields all lead to a single key denominator that could unlock all doubts in their existence? More…

Also read: UFO propulsion and early attempts to emulate it

Planet X Radio Documentary – Part One by John DiNardo. At the launch of the Infrared Astronomical Satellite, designed to verify the existence of Planet X, the nation’s largest newspaper, The New York Times, published a detailed report from leading astronomers and astrophysicists who had not yet been muzzled on the subject of Planet X. More…

“Declare that the cloud of resurrection was a UFO” by Reinaldo Rios. Reinaldo Rios paranormal investigator has concluded on the life of Jesus that are missing historical details to light with what we know of science. It is not excluded that the image of the teacher has been a very positive love, but we have to responsibly analyze your life and the mysteries surrounding it. Hopeful that the new Pope Francisco I hear his petition. More…

Also read: UFO UFOlogist rule in the Vatican during the Papal Conclave

Ghost or Angel on Mars! by Christian Macé. Christian has been examming more photos of Mars and has discovered a ghost or an angel walking on the surface. He has the photographic proof. For now he calls it the “Thing”. See the photo series Panoramic Camera SOL 123, taken by the robot on Mars NASA ground “Opportunity”. More…

Is Upcoming “Citizen’s Hearing” an ET Coverup and more? by Alfred Lambremont Webre. Canadian Grant Cameron, director of the Website PresidentialUFO.com, has intentionally omitted any reference on the U.S. Presidential website to U. S. President Barack H. Obama’s three-month Mars extraterrestrial training in the summer of 1980, despite the public testimony by three independent witnesses whom this reporter has interviewed that Mr. Obama did in fact participate in this training. Whistleblowers Andrew D. Basiago, William Brett Stillings and Bernard Mendez have all given detailed, independent, and consistent testimony regarding their participation with Mr. Obama in the 1980s CIA Mars jump room program. More…

U.S. UFO Reporting Down 36 Per Cent! by Roger Marsh. UFO reporting in the United States appeared to spike during the summer of 2012 with higher numbers continuing until a significant drop in February 2013 in a trend that appears to remain currently in March, according to UFO report statistics from both the Mutual UFO Network (MUFON) and the National UFO Reporting Center (NUFORC). More…

A Soul Moves On by Louis Hart. The ringing phone roused me from a deep sleep. When I answered, the voice on the other end said, “Can you hear that?” What followed was a horrible gurgling combined with the sound of an extremely labored attempt by a person to inhale a lung full of air. It didn’t sound good. “It’s my mom,” the caller said. “She was like this when I arrived this morning. Can you come?” I could tell she was struggling to keep from crying. More…

Let’s Get Down To Business by R.W. Sanders. I am just tired. I am tired of debating what everyone should understand by now. There are things flying in our skies. But the public does not know what they are, or who is flying them. But the fact is, when millions have seen them, and are willing to state their name to express their sighting to someone other than family, something is there! Thousands have observed the same UFO. Fatima comes to mind. Some call them angels or heavenly beings, some say Anunnaki, who knows, maybe “The Borg?” At this point that is somewhat immaterial as we don’t really know. More…