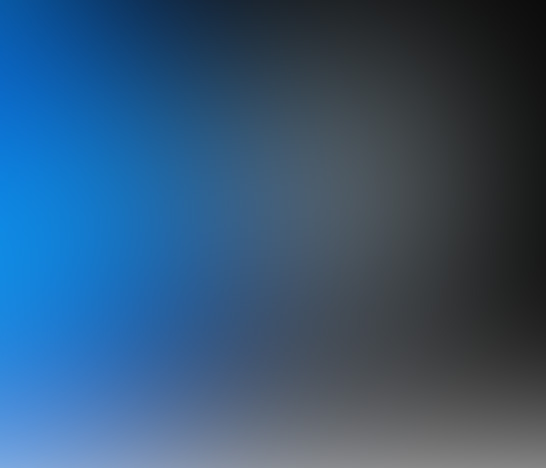 This week Diane Tessman writes about water on the moon and where it came from. Then, Steve Erdmann submits a 2-part articles on the new world order and James Bond. Chris Holly is back discussing UFOs, Physicists or are they a belly fully of bullies. Scott Corrales shares startling photos of a UFO over a mining operation as well as another sighting. Roger Marsh reports of similar UFOs 1200 miles apart. Roland Michel Tremblay submits part II of his article before the delusion… Pat Regan reports on an alleged meteor. Nick Redfern writes about real monsters and what the government knows. Carolyn Shield is concerned about dwinding honeybees. Jon Kelly writes about exclusive alien contact. Tony Elliott writes more about water everywhere, Warwick Associates is offering several new books: one on surviving death and another on alien abduction. And finally, Doc Vega offers up the haunted legacy of the archuletta mesa. Enjoy Dirk

If you can’t see the newsletter below click on this link:
https://www.ufodigest.com/content/ufo-digest-newsletter-may-16-2013
Sponsored by Marks Friday Funnies!

Moon Water from the “Big Whack:” Can It Save Earth? by Diane Tessman. A few years ago, scientists discovered water on the moon; they told us this reservoir of water which was a total surprise, must have arrived on comets. However, now they are changing their minds. Apollo 15 and 17 brought back rocks from the moon and new research suggests that the moon’s water is from Earth! More…

The New World Order: Bond, James Bond… by Steve Erdmann. Maria Bartiromo, TV hostess, financier, recalled the wild devil-may-care-atmosphere of the Wall Street Gang at one of the many parties they held leading up to the 2008 explosion. She recalls one specific holiday celebration in 2006: “The high-profile-party was crowded with well-known Wall Street faces. The host was dressed as James Bond, 007, and ‘scantily clad Bond girls’ roamed the party serving drinks,” told Kerry Hannon, USA Today writer, about Bartiromo. More…

UFOs and Physicists or a Belly Full of Bullies! by Chris Holly. I tried not to write this article. I tried for weeks to just let it go and move on to other subjects I want to write about. I just could not do it and finally gave in to my anger and the need to speak up for those who suffer by the words of cold fools so I decided what the heck write the article and throw caution to the wind! I would then be able to sleep at night with a clear conscious knowing I did what I needed to do. I could not site silently while those who have been victimized were being openly bullied, humiliated and disgraced by this heartless know it all without having my two cents added. Below is the result of my boiling contempt towards this man and all others exactly like him. More…

Startling Photos of a UFO over Mining Operation by Scott Corrales. CHILE: Startling photos of an alleged UFO over a mining operation in Copiapó were published recently. These are photos taken last Tuesday afternoon (30 April 2013) by heavy equipment operators. The workers were carrying out dismantling operations in the Cerro Negro works of the CAP company, only a few kilometers distant from the Atacama Region, when they noticed the unidentified flying object. More…

Before the Delusion by William Gleeson, a bombshell rewriting 12,000 years of history – Part II by Roland Michel Tremblay. And – the Great Pyramid was never a tomb. Again the professional academic Egyptologists know that. They call them ‘symbolic’ tombs because they know no bodies or mummies or skeletons were ever found in them. Even in several examples of closed sealed chambers – they were all empty. More…

Alleged Meteor Spotted In Night Sky in England and Wales by Pat Regan. Sightings of the heavenly body were reported on Twitter in areas such as Cornwall, Hampshire, Lancashire, south Wales and also Worcestershire. One scientist apparently claimed it could have been a “random small piece of rock, probably from the asteroid belt”. Such claims are similar to the previous allegations made when UFOs shot over the UK during spring and autumn equinox periods. I reported upon these at that period. More…

Are There Really Monsters Out There and What Does The Government Know About Them? by Nick Redfern. For absolutely decades, rumors, tales and legends have surfaced to the effect that government agencies all around the world and since at least the early to mid1800s onwards – have been secretly collecting and carefully studying data on bizarre beasts, extraordinary animals, and strange creatures. Lake monsters, psychic dogs and cats, sea serpents, flying monsters, werewolves, the Abominable Snowman, and the Unit huge, hair-covered man-beast known as Bigfoot: each and every one of them has attracted official, classified interest at one time or another, and sometimes for decades, no less. Not only that, those very same rumors, tales and legends have provoked numerous controversial and astounding questions, including… More…

Extinction of US Honeybee is real possibility by Carolyn Shield. US report that 31% of honeybee colonies have died in 2012. Seven years has seen US honeybee colonies dying from a combination of disease, decreasing food suppies, genetics, and pesticide increase use.Europe in a desperate measure to help save the honeybee from extinction has banned pesticide use for two years. More…

Evidence That Our Whole Universe Is Surrounded By Water by Tony Elliott . Most judge the possibility of life existing on other planets in the universe by the amount of water found on them. Since many planets in our solar system have very little water in their atmospheric composition and the idea of space being void of any matter is commonplace. We tend to believe the earth is a unique place, where life exists and very few planets could have the same or near composition of elements we have. More…

Why You Should Take Alien Abduction Seriously? From Warwick Associates. You and your spouse are en route to your weekend camping enclave near Buena Vista, Colorado. Family and friends await your arrival. You have descended Kenosha Pass, a 10,000 foot high cut that leads toward Jefferson and the South Park Valley, when suddenly your eyes were drawn to a lighted object in freefall. You begin to shift sideward toward the desert floor, under someone else’s control. As if only a moment has passed you find yourself miles away, on a different stretch of road, with no memory of how you arrived there. More…

The Haunted Legacy of the Archuletta Mesa by Doc Vega. Lying in a mountainous region of northern New Mexico near the infamous town of Dulce is a wondrous geological formation known as Archuletta Mesa. Right in the midst of the Jicarilla Apache Reservation, the mesa is considered sacred ground to the tribe. It is here that an unusual history of secret government underground operations, UFO’s, and paranormal events manifest themselves with an eerie persistence. More…