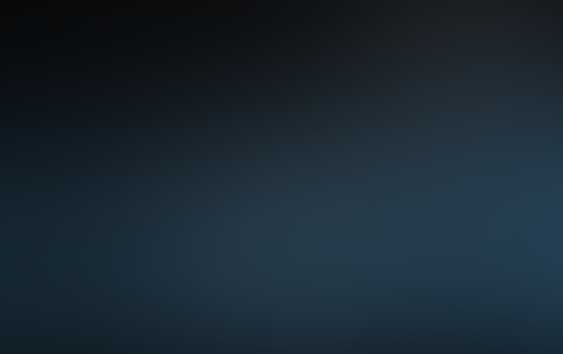 This week Chris Holly writes about how real time abductees deal with the aftermath or their alien abduction. Next, Diane Tessman asks eight questions about ghosts and UFOs. Then Pat Regan explains why the plague of religious fundamentalism must be opposed. Scott Corrales has news about the chupacabras and Bigfoot. Roger Marsh reports on several UFO sightings. Roland Michel Tremblay reviews Before the Delusion which rewrites the last 12000 years of history. Author Wyatt Cox submits part II of The Cloverdale, Alabama Spooklight Phenomenon. Steve Erdman also contributes part II of his The Psychrophiles Are Coming! Ed Komarek writes more about the UFO/ET coverup. Tony Elliott reports on Matteo Ianneo’s research on Mars. Louis Hart writes about a mysterious light and finally Lori Carter reports on a reader’s UFO sighting. Enjoy Dirk

Real Time Abductee Dealing With The Aftermath by Chris Holly. One of the Real Time Abductees I have been writing about requested I take some time to write about the life that follows a person who has without choice endured a life time of lost time events resulting in an aftermath of life changes an abductee is forced to deal with without choice . More…

Eight Questions on Ghosts and UFOs: Is There a Link Between Them’ by Diane Tessman. By definition, ghosts “should” be in the past, being perceived by fellow humans there. Think of a street in old New Orleans, around 1800. Women scurry around in long dresses, carriages with horses rattle by, and at the docks, slaves are unloading cargo. Watching the unloading is a beautiful brown-skinned woman in simple clothing, head wrapped turban-style. She seems troubled. More…

Why the Plague of Religious Fundamentalism must be opposed! by Pat Regan. Recent reports from Bangladesh are alarming yet not unexpected! ‘At least 15 people are reported to have died and more than 60 injured after police and Islamist protesters clashed in the Bangladeshi capital, Dhaka. So, these highly dangerous fundamentalists wish to ‘hang’ people who fail to share their own brand of bigoted, religious, fanaticism’ How spiritually enlightened (not) these poor fools must be! More…

Chupacabras Activity in the Nineteen Nineties! by Scott Corrales. The Institute of Hispanic Ufology (IHU) is reissuing some ’90s works that are no longer in circulation (or were cannibalized for magazine features) on SCRIBD. It is our hope that this information – while old – will be of interest to our readers. We are also trying to secure permission to publish our translations of othher authors’ that never found a place at Stateside publishing houses. More…

Also read: Bigfoot, the Viceroyalty and the Natives of Nootka

Before the Delusion by William Gleeson, a bombshell rewriting 12,000 years of history by Roland Michel Tremblay. From a wide range of ancient literature and archaeological reports, Gleeson has explored our pagan history – our ‘real’ history before it was Christianised, before it was misunderstood, mistranslated and just plain distorted to serve the interests of the Church. He has recovered the fragments of factual history from a surprising variety of sources – the Egyptian Pyramid Texts, the Hebrew Old Testament, the Greek myths, the Celtic Mabinogion, Grimm’s Household Tales and modern-era archaeological reports – and cleverly rewoven these threads into a coherent and persuasive picture of ‘alternative’ history. Actually our real history. More…

The Cloverdale, Alabama Spooklight Phenomenon – Part II by Wyatt Cox. Many theories have been proposed to explain Spooklight Phenomena. It is a known fact that a stable geological fault extends eastward from Mississippi through northern Alabama. There is also a considerable amount of minerals possessing piezoelectric qualities such as quartz and piezoelectricity is the natural phenomenon whereby certain minerals can produce powerful electric charges when there is a change in the physical stress of its environment. More…

The Psychrophiles Are Coming! – Part II by Steve Erdmann. Klarfeld offers the mysteries of Stonehenge as another bit of evidence of ancient super-civilizations. Klarfield says the stones were erected on a prior 285-foot-diameter circle of 56 chalk holes. The Audrey Circle, say its defenders, is an early eclipsecomputer with precise knowledge of celestial mechanics. Stonehenge’s earliest portion dates approximately 2950-2900 BCE, Middle Neolithic, and having enormous knowledge about the earth’s relation to celestial bodies, enabled as S.I.D and S.I.S.T devices. More…

The Haunted Legacy of the Archuletta Mesa by Doc Vega. Lying in a mountainous region of northern New Mexico near the infamous town of Dulce is a wondrous geological formation known as Archuletta Mesa. Right in the midst of the Jicarilla Apache Reservation, the mesa is considered sacred ground to the tribe. It is here that an unusual history of secret government underground operations, UFO’s, and paranormal events manifest themselves with an eerie persistence. More…

UFO/ET Cover-Up by Mainstream Media by Ed Komarek. Most of the mainstream media once again have clearly shown their complicity in the UFO/ET cover-up, by either ignoring the Citizen Disclosure Hearing altogether, or by continuing to marginalize the subject with negative spin.What is especially galling, to many of us in the growing alternative media that report honestly on the subject, is that this event is taking place in the mainstream media’s own Washington Press Building, only blocks away from the White House More…

Rennes-le-Chateau – “Keys of Antiquity” by Bill Kersey Delivers! by Mary Alice Bennett. “The Keys of Antiquity”, the new book by adventurer and Rennes-le-Chateau archaeologist Bill Kersey, is everything that one would expect from this expert in the field. He covers codes, discoveries, apocrypha, and history from ancient times through the fall of Rome and the Visigoths, to Blanche of Castille and the Voisons at Rennes. More…

From Mars To Earth, Matteo Ianneo’s Archaeological Research by Tony Elliott . I have devoted a great deal of time in research into archaeological discoveries on the planet Mars, beginning years ago with the discoveries made by Richard C. Hoagland’s analysis of pictures of the Martian surface, sent back to earth by Viking 1 in 1976. In his analysis of the pictures he discovered he found a defined face, unnatural pyramid formations, and evidence of an ancient city in the Cydonia region of Mars. More…

Mysterious Light by Louis Hart . On a bitter cold winter day, while the sky was completely overcast and snow was falling, the clouds suddenly became very dark. Almost as if the hour of midnight had arrived. Then, there appeared a large area of bright light that lit up a sharply defined section of the clouds. More…

Our UFO Sighting in 1976 by Lori Carter. We have said before that we will post any reports. The information that is sent to us doesn’t have to be current. Our goal is to show what is out there, no matter how long ago it was. Following is an e-mail we received after the last article. This dates back to the mid to late 70’s but has haunted this person all of their life. Abductees and experiencers never forget what they have seen or experienced. It stays with them for the rest of their lives. More…