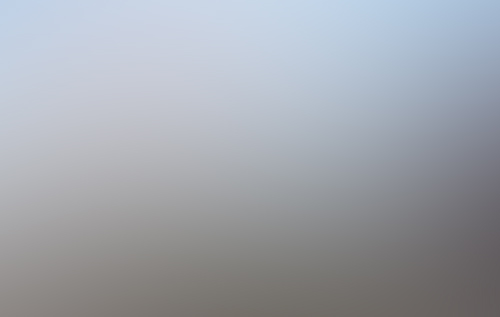 IN THIS WEEK’S NEWSLETTER, Pat Regan reports on a UFO over RAF Woodvale and also a UFO over Liverpool, UK. Next, Nick Redfern exposes the Indonesian Hairy Man: Ebu Gogo! Then, Scott Corrales writes about 40-goats that were slain by a neighbour, UFO landing marks discovered in crops south of Parral, Mexico and finally a fireball was over over San Juan, Argentina. Columnist Cheryl Costa wonders if it is time to end the truth embargo on UFOs?  Paul Dale Roberts. investigates a dead stepmother haunting a home! Then, Paul Schroeder revises his article on the metaphysics of ghost rescue.  Deanna Jaxine Stinson offers you two articles: one about the interpretation of the dream world and the second about The Legends of the Stars.  Jon Kelly reports that Bill Cosby’s secret messages disclose MKULTRA ‘rape demon’.And finally, Ron Murdock thinks it is time we got a grip on things and continues his article We Need To Make Some Changes – Part II. Enjoy Dirk

UFO ACTIVITY OVER RAF WOODVALE  by Pat Regan. I was driving back to Southport along the Formby Bypass with my daughter Jasmine. We were chatting about her school day when she suddenly exclaimed, “What the hell is that!” Jasmine, sitting next to me, was pointing excitedly over the dark skies of the RAF facility at Woodvale. I quickly glanced to my left looked upwards and I saw what she was witnessing.  More…

THE INDONESIAN HAIRY MAN: EBU GOGO by Nick Redfern. Situated in South-East Asia, Indonesia is made up of a huge amount of islands; in fact, literally thousands. One of those islands is Flores, which has a square-mileage of more than 5,000 miles and a population of close to two million. Its wild animal population is notable and includes the deadly Komodo dragon and the huge Flores Giant Rat. Flores may be home to something far stranger, too.  More..

CATTLE MUTILATIONS: 40 GOATS WERE SLAIN BY A NEIGHBOR  by Scott Corrales. A local resident known as “Pachalín” killed the goats with his dogs and machete to settle old scores. The importance of bringing a case to a close consists in finding the truth, as we often say, however distant it may be from our field of study. On this occasion, a culprit was found in news about the deaths of 40 goats on the property of Azucena Jaime in the town of Coronel Cornejo, Salta Province. A story that gripped the national media and our own attention. More…

IS IT TIME TO END THE TRUTH EMBARGO ON UFOS? by Cheryl Costa. For the past 68 weeks I have written about little known personal accounts of UFO sightings here in New York State. The stories I have shared with you have covered sightings from 1790 through the 19th and 20th centuries to present day. I have written about UFO sighting reports that have happened right here in our state, in our counties, and near our home towns. Reported UFO sighting stories that the main stream press and media either refuses to report or has been told not to report. More..

DEAD STEPMOTHER HAUNTING HOME  by Paul Dale Roberts. November 14, 2014, Friday / DATE TO BE THERE: 8pm / Address to be at: Sacramento, CA – Contact Person: Terri Smith / Activity Level: deceased stepmother Frannie is haunting this 2 story home. Frannie had a routine, at 6:15am she would let the dog out. Now that she is deceased, Terri’s sister has seen a full body apparition of Frannie as she was letting the dog out and Frannie was nodding her head with approval. Another time, Vicky saw Frannie and Frannie told her “you must help Terri”. More…

THE METAPHYSICS OF GHOST RESCUE (Revised) by Paul Schroeder . I have heard astonishing things most unverifiable about Heaven, from odd psychic mediums: Too heavy smokers retain visibly black lungs, the vain- cosmetic- surgery- addicted, sport disfigured countenances, those too rich, ornate and gaudy, appear homely and threadbare. That is, according to some psychics, there is an inverse relationship between our aspects, after death, in an astral world, that mirrors and reflect our damages, foolishness and wrong values, from the life most recently departed.  More.

DRAGONS AND FLOWERS – INTERPRETING THE DREAM WORLD  by Deanna Jaxine Stinson. A good guide to interpreting your own dreams is to draw out your internal symbology of animals, people, places, and more. Animism is the attribution of a soul to plants, inanimate objects, and natural phenomena. Most of what we experience in our dreams seems lifeless yet it seems that all the characters in our dream stories interact with us as if they had individual spirits. We can theorize that the dream land could be an actual place such as many Wiccan believe. Many of us have premonitions in our dreams pay close attention when these dreams happen they may point right towards the identity of your spirit guide. More….

Also read: THE LEGENDS OF THE STARS.

EXCLUSIVE NEW VIDEO: BILL COSBY’S SECRET MESSAGES DISCLOSE MKULTRA ‘RAPE DEMON’  by Jon Kelly. Exclusive new video published to YouTube on November 20, 2014, purports to reveal unconscious sleep talking-like disclosures from Bill Cosby in which the beloved activist and comedian seemingly reveals involuntary forensic details of rape and abuse. 15 women now allege they were victims in a decades-long pattern of sexual assault claims involving the “Cosby Show” star. An Associated Press interview published on November 19, 2014, offered audio samples as the basis for this controversial independent study promising to reveal secrets behind the cryptic way in which one of the reported wealthiest entertainers in history responded to questioning. More….

GETTING A GRIP ON THINGS  by Ron Murdock. With global tensions mounting how long will it be before the breaking point hits us? I would hate to see what the results will be if and when it happens. I think it’s time that political and religious leaders start working together in more concrete ways and quicker fashion to find solutions that plague humanity. To keep concentrating on the problems keep us in a never ending cycle that resembles a hamster wheel. While an individual can only change themselves we can work with others to improve the quality of life in our world. Even us that prefer to work alone, we can work with other individuals to start a chain reaction that spreads throughout the population. More…

Also read: WE NEED TO MAKE SOME CHANGES – PART II