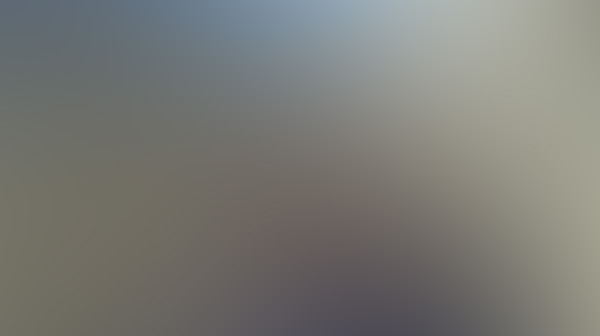 Welcome to this edition of the UFO Digest newsletter. I hope you all had a marvelous Thanksgiving with your families. I am starting with Part II of my Machu Pichu series. Hope you enjoy the photos. Victor Martinez’ and Robert D Morningstar remembers JFK on the 49th anniversary of his death.  Diane Tessmen writes about Nasa and their announcement that magnetic portals do exist. Next, Chris Holly, recalls the odd lights and sounds associated with super storm Sandy. My friend Christian Macé wonders about strange marks on the planet Mars and Jon Kelly writes about the Denver UFOs not being insects. Roger Marsh reports on three UFOs over Baden and Pat Regan writes about mysterious lights. Then, Scott Corrales reports on a cell phone photo of what could be a UFO. Doc Vega writes about the undeclared air war and Steve Erdmann writes more about Dr. J. Allen Hynek. Finally, Ron Murdock ponders latter day mass hysteria. Enjoy Dirk

If you can’t see the newsletter below click on this link:
https://www.ufodigest.com/content/ufo-digest-newsletter-november-24-2012
Sponsored by Marks Friday Funnies!

Trekking Through Machu Picchu Part II by Dirk Vander Ploeg. In this the second part of ‘Trekking Through Machu Picchu’ I wanted to show you very familar and famous photos of important sites throughout Machu Picchu. And where possible give you the experts opinion on the importance of the various sites. On a personal point before Mach Picchu all I was thinking was that this trip involved far too much walking and far, far too much discomfort. But like a lot of things in life I was wrong and just walking on the grounds of this mystical place made ever care and discomfort in the world disappear at least for a few hours. More…

NASA Announces That Magnetic Portals Do Exist! by Diane Tessman. Star-gates, magnetic portals, vortexes in space: Science fiction writers have given the concept of extraordinary openings in space/time all sorts of names to explain how travelers from far distant realms of space, time or both, arrive in Earth skies. However, this is a science fiction ploy to enable a good story, is it not? More…

Odd light and strange sounds made this storm frightening to those witnessing the strangeness by Chris Holly. Living through the experience of Super Storm of the Century Sandy will stay with me forever. I have lived on Long Island in New York floating in the Atlantic Ocean for most of my life. I have been through many bad storms including Nor Easters, large snow storms and hurricanes. Being on an Island in any violent storm is a scary event; this storm however frightened me nearly to death. It was a strange storm unlike any other I have been in filled with odd events I cannot explain. More…

Strange marks on Mars? by Christian Macé. The photo here is we arrested. References are MASTCAM RIGHT FLOOR 90. Photo taken Nov. 6, 2012, and posted on the site on 21 November 2012: I circled in red and well signposted these curious marks geometric. More…

Butterfly expert: Denver UFOs are not insects by Jon Kelly. On Nov. 20, 2012, FOX31 Denver KDVR television reported their on-camera testimony from an entomologist stating how UFOs captured on video over downtown Denver are not insects. Mary Ann Hamilton, the Vice President of Science and Research at the Westminster, Colorado Butterfly Pavilion, told reporters that ““After watching the various shots, I do not believe it’s an insect. The shape is inconsistent with an insect.”” More…

Three UFOs Seen Over Baden! by Roger Marsh. Two Formations of three unidentified lights in the sky have been reported in both eastern and western Pennsylvania this week, including Case 44022 from Baden where “three jet-like objects hovered in an upside-down V-formation and emitting bright, fiery teardrop trails,” according to November 19, 2012, testimony from the Mutual UFO Network (MUFON) witness reporting database. More…

Mysterious Earth Lights over the Dark Lancashire Mosslands by Pat Regan. In the early hours of this morning (17 November 2012) I was startled as I looked to the east, out of a rear-view window of my Southport house. No lights were on in our rooms as I was retiring to bed at the time. Three ultra bright pulsating white flashes suddenly illuminated the early morning sky over the area of the Lancashire mosslands in the direction of Ormskirk. The light was blinding and I instinctively flinched, fully expecting to hear the loud boom of some explosion. More…

Giant Cross, UFOs, Roads, Domes and more: Mars Curiosity by Gordon J. Gianninoto. I have always been interested in Mars, from looking at it through my newly earned telescope at age 11, to Astronomy classes at the Hayden Planetarium in 1963, to reading the CS Lewis Book about ‘Malachandra’, [Mars] in volume I of the famous children author and philosopher, C.S. Lewis’ space trilogy for adults: More…

Alleged UFO Over Nevado de Cachi, Argentina by Scott Corrales. Contributing Editor Guillermo Giménez has sent us a photograph of an alleged UFO (stress the “alleged” – this cellphone camera image has not been subjected to any scrutiny) taken over Nevado de Cachi, a geological formation readers of INEXPLICATA will have seen mentioned often. More…

UFOs the undeclared air war by Doc Vega. Beginning in the twentieth century modern man came face to face with the fact that not only was he not the most civilized society in the universe, but that someone else had stopped by to pay a visit, leave a few calling cards over the centuries, and even contest our own air space in a number of chilling air to air engagements with our best military fighter aircraft. The results of such contests have left pilots stunned, hysterical, and sometimes vanished. More…

What Did Dr. J. Allen Hynek Believe About UFOs in 1967: And When Did He Say It? Part II by Steve Erdmann. Hynek said in the Cincinnati Horizons Magazine of October 1975: (If we were to be space visitors) “We might condition them slowly, make appearances, and do strange things…But we surely wouldn’t travel the great distance involved to do prankish things like stopping cars and frightening animals. It would make no sense.” More…

Latter Day Mass Hysteria by Ron Murdock. Being a history buff I’ve questioned how much of it is revisionist, urban legend combined with a tad bit of truth. Over the course of time, leaders have come up with some good and beneficial ideas while other ideas could be put under social conditioning. Situations or group mentality proves that what passes for reality is more scary that what any movie or book could come up with. More…