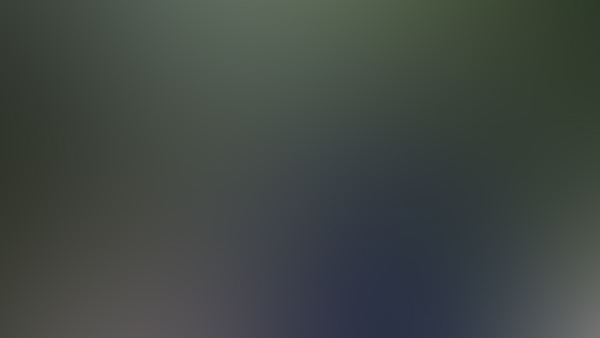 If you can’t see the newsletter below click on this link:
https://www.ufodigest.com/content/ufo-digest-newsletter-november-30-2012
Sponsored by Marks Friday Funnies!

Trekking Through Machu Picchu Part III by Dirk Vander Ploeg. A small town called Aguas Calientes or Machupicchu Town is the tourist jumping off point for Machu Picchu! According to Wikipedia: Aguas Calientes (Spanish for “hot water” or “hot springs”), sometimes referred to as Machupicchu Town, is a town in Peru on the Urubamba (Vilcanota) River. It is the closest access point to the historical site of Machu Picchu, which is 6 kilometres (3.7 mi) away or about a 1.5 hours walk. There are many hotels and restaurants for tourists, as well as natural hot baths, which give the town its name. The baths were destroyed by floods several years ago, but have been rebuilt. More…

Tracking THE MIND OUTSIDE: Near-Death Experiences and How UFOs Are Connected by Diane Tessman. Have some UFO occupants escaped the chains of time itself and become energy beings? These would be highly advanced beings whose consciousness is not housed in an organic brain but rather has instant access to the universal morphic field of consciousness which I call, The Mind Outside. More…

Mars Spirit Photographs Cylinder UFO? by Christian Macé. See the video posted November 26, 2012 on the website here. Below I put the photo in question, the UFO fléchant red and enlarging. The UFO prédente the form of a cigar or missile, which leaves behind as a wake!. The reference photo is part of the photo series SOL 584 … : More…

Planes Followed By Unidentified Orbs Over Two States by Roger Marsh. Unidentified orbs were reported near planes today with one witness on the ground in Tennessee and one witness flying at 10,000 feet over Arizona, according to November 28, 2012, testimony from the Mutual UFO Network (MUFON) witness reporting database. More…

Beautiful Eastern Light Show over the Lancashire Farmlands by Pat Regan. In the early hours of this morning (17 November 2012) I was startled as I looked to the east, out of a rear-view window of my Southport house. No lights were on in our rooms as I was retiring to bed at the time. Three ultra bright pulsating white flashes suddenly illuminated the early morning sky over the area of the Lancashire mosslands in the direction of Ormskirk. The light was blinding and I instinctively flinched, fully expecting to hear the loud boom of some explosion. More…

Are Archons Greys? by Usko Ahonen Md. Modern ufology usually postulates that aliens come from another planet or dimension. But what if they’ve been here since the dawn of time? The Gnostic alien theory by John Lash claims, that aliens are Archons, devoid and corrupt cousins of man put here by celestial forces that created humans as well. More…

Strange Stories of the Military by Scott Corrales. Comic book aficionados who grew up in the 1970s may remember – if only dimly – a particular comic book that stood out from the rest because of the nature of the stories it presented. Military adventures featuring Sergeant Fury (Marvel Comics) and Sergeant Rock (DC Comics) eventually shared rack space with Weird War, a title with paranormal overtones that managed to hold its own against the more established offerings, delighting and terrifying readers with tales of hapless soldiers confronting ghosts, zombies and sinister figures from other times and places. Weird War owed its success, to a certain extent, to early ‘60s offerings such as Haunted Tank. More…

UFOs an undeclared air war Part II by Doc Vega. In September of 1952 the United States was in the grip of the most intense UFO flap ever. From Washington DC to Dallas, Texas UFOs were being reported and air crews were being dispatched to investigate. According to Author, Frank Feschino, who wrote a book concerning the Flatwoods Monster sighting of Braxton County, Air Force pilots were ordered to shoot down UFOs and many never returned from their missions. He documents the deaths of Air Force pilots Lt. John A. Jones and radar observer John Del Curto in their F-94 killed in pursuit of what became a series of UFO chases by multiple USAF air crews on the night of the Flatwoods Monster encounter. More…

What Did Dr. J. Allen Hynek Believe About UFOs in 1967: And When Did He Say It? Part III by Steve Erdmann. Sadly, no apology came from Wild; Wild apparently felt it was his imagined “academic” duty to psychologically assassinate his friends (and I did, somehow, consider him my friend at those moments even though I suspected over the years that his personal attacks had its own peculiarities). Just as the so-called “UFO fanatic-believer fringe” carried oddities, the Debunker Fringe was likewise laden with the same Religious propensities. To quote Eric Hoffer: “This passionate attachment is the essence of his blind devotion and religiosity, and he sees in it the source of all virtue and strength. More…

A Look At The Freemasons by Ron Murdock. There is no doubt that the Freemasons are a very secretive bunch. But are they controlling the world? If and when in trouble apparantly a freemason just has to show some ring and they get off the hook. Great for any impartiality in a court of law or when pulled over by a police officer. Freemasons aren’t supposed to talk about their goings on, so getting any information from them would be like getting blood from a stone. More…