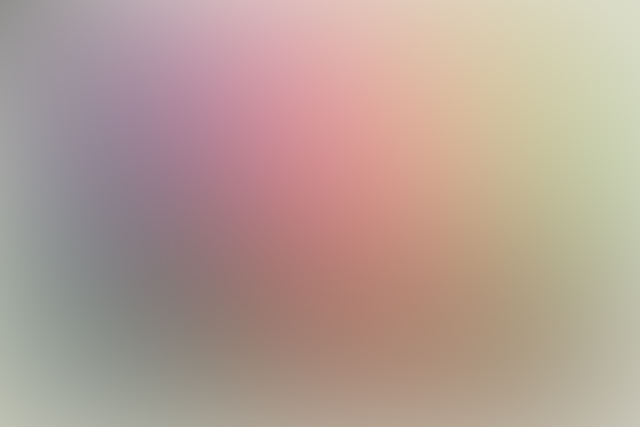 This week in the UFO Digest newsletter, new contributor, Bill Wilkersham, suggests that more unrestricted study be spent on the study of UFOs! Then Scott Corrales presents his article which asks if massive unknown craft are the leviathans of space. But Scott isn’t finished he also contributed an article about cattle mutilation and two more about UFO sightings in Argentina. Next, Peter Fotis Kapnistos exposes the ‘Jack The Ripper DNA Hoax’! Then, Steve Erdmann pens a 4-part article on ‘The Late Great Planet Serpo’. Very good read. Next, Pat Regan writes about the ritual slaughter of suppressed species. Paul Schroeder is back with alarming time coincidences that occur when he awakens in the middle of the night. And finally, Doc Vega contributes THE LONG HISTORY OF MILITARY INTELLIGENCE AND THE FLYING SAUCER PART VII – great read. Enjoy Dirk Vander Ploeg

If you can’t see the newsletter below click on this link:
https://www.ufodigest.com/article/newsletter-0911

UNRESTRICTED STUDY REQUIRED OF UFO PHENOMENA  by Bill Wickersham. One of the world’s foremost investigators of unidentified flying objects and extraterrestrial visitation (UFO/ETV) is my close friend C.B. “Scott” Jones. It was Jones who organized and convened the 1995 Washington, D.C.-based conference “When Cosmic Cultures Meet,” which involved many of the world’s leading UFO scientists and analysts. It was also Jones who was funded and tasked by philanthropist Laurance Rockefeller to travel to Europe, Russia, China and other regions to gather information from ufologists and government officials regarding UFO/ETV activities in those and other parts of the world. Scott, who now resides in Kerrville, Texas, is a former U.S. Navy intelligence officer and special assistant to the late U.S. Sen. Claiborne Pell of Rhode Island. He is also a political scientist whose interests include peace research and impact analysis regarding human contact with off-planet cultures and other issues related to UFO/ETV phenomena. More….

ARE MASSIVE UNKNOWN CRAFT THE LEVIATHANS OF SPACE?  by Scott Corrales. We were assured by space writers and science fiction authors that the vastness of interstellar space could only be crossed by mammoth space vehicles – “generation ships”, in the parlance of some spinners of space yarns – crewed by generations of space travelers hoping to reach their destination centuries hence. The concept was ripe for speculation. What if the children of the children of the first crew became a series of stratified societies aboard their vehicle, and had forgotten the purpose of their mission? (Harlan Ellison’s Phoenix in Ashes, the novelized version of The Starlost), or the fate of the mission was entrusted to a single pilot while passengers endured dreamlike sleep until their destination was within reach (James White’s The Dream Millennium). This science fiction did not allow for super-passing gear of hyperdrive like space opera: crossing the blackness of space was a dangerous, laborious process whose ultimate payoff was never in sight. More...

JACK THE RIPPER DNA HOAX?  by Peter Fotis Kapnistos. In Russell Edwards’ new book, “Naming Jack the Ripper” (2014), Dr Jari Louhelainen said the killer’s DNA on a shawl was from the Polish-Jewish barber Aaron Kosminski. “However, scientists and scholars of the Ripper case have already cast doubt on Edwards and Louhelainen’s specific claims, alleging that the evidence on the shawl is so compromised that any positive identification may be impossible.” More...

CATTLE MUTILATION IN SANTA FE, ARGENTINA  by Scott Corrales. The story was covered by local station Radio Amanecer and is very interesting. It states that the animal’s owner found the animal in a state of nerves and trembling on Friday the 15th, and the found it dead with these injuries on Monday the 18th. Two new cases occurred during this instance: one of them in Villa Adela, in the Villa Ocampo district, at the farm of Osvaldo Marega; another occurred at Km.20, jurisdiction of Tartagal, in a field owned by the Miranda family. In each of these, the are not only many similarities to be found, but also with other events that have occurred in different parts of this northern Santa Fe community in recent months. More…

THE LATE, GREAT PLANET SERPO  by Steve Erdmann. “Anonymous” introduced an UFO Internet thread list to Victor Martinez in 2005, 2006, 2007 and 2011 telling of a supposed highly classified “Top Secret Codewood” about an interstellar exchange Program in which twelve U.S military personnel arrived by alien spaceship in 1965 on a planet popularly known as Serpo. More

RITUAL SLAUGHTER OF SUPPRESSED SPECIES  by Pat Regan. Ritual slaughter of suppressed species – to please a ‘loving god’ or to keep religious fundamentalism alive and kicking. A loving god and his devout followers … or sick-minded morons who cannot think for themselves? The Arabic phrase ‘Halal’ means permissible. The Hebrew word ‘Shechita’ means the slaughtering of mammals and birds for food. Both slaughter methods are regarded as distressing and highly cruel by leading animal welfare organisations. More…

ALARMING TIME COINCIDENCES  by Paul Schroeder. Part of the alarming nature of the unknown is its mysterious link to the known; I awaken each night to a lewd exhibition of the merging. I open my eyes and turn to see the digital alarm clock, sitting on the lamp table next to my bed and see: 12:12, and 1:11 am, 2:22 am and 3:33 am and 4:44 am. This distresses me so badly, upon awakening, that I cannot think; just a wave of panic that SOMETHING is awakening me with alacrity, as the calculated odds of awakening each night precisely at those specific times is astronomically impossible.  More…

THE LONG HISTORY OF MILITARY INTELLIGENCE AND THE FLYING SAUCER PART VII by Doc Vega. In 1952 America was in the grip of the bloody Korean conflict often referred to as the “Forgotten War”. An overseas “Police Action” as it has been termed which cost more than 50,000 US casualties. It is quite ironic to consider the General Douglas MacArthur, architect of the Interplanetary Phenomenon Unit, master minded the ingenious Inchon Landing. This amphibious assault by combined US forces in an area considered virtually impossible to stage such an assault upon was responsible for routing the North Korean army and changing the entire momentum of the war in favor of the allies who had been nearly driven into the sea at one point.  More..

• UNKNOWN OBJECT OVER VILLAGUAY, ARGENTINA – VIDEO
• THE ANATOMY OF UFO PHENOMEA – A.R. ROBERTS
• HOW TO GET TO THE ALLEGED DULCE BASE, NEW MEXICO
• AREA 51 AND NEVADA UNFAIR TO LINCOLN COUNTY