UFODigest.com » Science » Space » Moon » UFOs and Physicists or a Belly Full of Bullies! 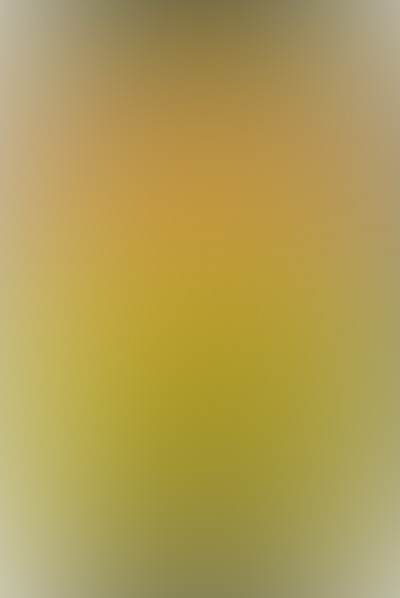 I tried not to write this article. I tried for weeks to just let it go and move on to other subjects I want to write about. I just could not do it and finally gave in to my anger and the need to speak up for those who suffer by the words of cold fools so I decided what the heck write the article and throw caution to the wind! I would then be able to  sleep at night with a clear conscious knowing I did what I needed to do. I could not site silently while  those who have been victimized were being openly  bullied, humiliated and disgraced by this heartless know it all  without having my two cents added. Below is the result of my boiling contempt towards this man and all others exactly like him.

Recently while talking to a member of the investigation of the UFO s community I was told about a very disturbing video. I was told that the video was an outright attack on those who have seen strange crafts and a verbal abuse of those who have had encounters with strange beings.

I found the video on you tube and watched with disgust as a physicist   Dr. Neil deGrasse Tyson gave his opinion on UFOs. This man is the most obnoxious, arrogant, and full of bull talker I have come across in a very long time.  He thinks he is the top comedian of the science world as well as being  full of himself  to the point he can barely stand his own superior persona.

I do not have a problem with his personal views. We all have our own opinions. I do have a huge problem on how this ignorant fool handled his opinions in a full on bully approach to anyone who does not agree with him on the issues of UFO’s and alien abduction or encounters.

Listening to this fool mouth off all his insulting science based views of what HE needs to accept what HE needs to consider UFO and aliens as existing really made me want to vomit.  Frankly sir as one who has seen UFOs and experienced strange encounters I do not really care what you need!

We are all aware at this point that most scientists are frightened to death, especially in the North America ,to discuss anything linked to the UFO alien  subjects for fear of losing their jobs. Most are terrified to stand up and approach real unknown subjects and instead hide their true opinions or deny these subjects are real.  I have no respect for these people and think they have wasted a great deal of money on educations they are afraid to use not to mention not having the fortitude to stand up for their own thinking.  It is hard to swallow how many things we do not know due to the barbaric attitudes and fear of the science community.

This man however went way over the line with his raging nasty mean spirited ridiculing bombardment of insults made on this video to the millions of people who have seen real UFOs as well as the massive amount of people worldwide who have had encounters with those who pilot these crafts.

Yes -we get it Tyson you want solid material proof handed to you on a big platter before you will stop name calling and insulting the millions of people worldwide who have dealt with these objects. Those millions of people all must be insane and incorrect as well as lying because you have never seen anything and you need hard evidence and on and on. Good lord this man was brutal. He turned the entire subject into a comedy routine where he insinuated the huge amount of people who see things as being caught up in some kind of mind freeze foolishness where they think they saw a UFO but of course are all wrong and delusional.

It was beyond his small thinking that maybe the massive amounts of people reporting what they are seeing may all actually be seeing UFOs whether he likes it or not!  According to this guy all photos of UFOs are faked and those who have seen strange crafts all have a psychological syndrome. This man is a close minded old fool who proved he is little more than a school boy bully.

The part of the video that had me fuming mad was when he made his remarks concerning those who have been taken. How dare this disgusting man attack and ridicule and laugh at the thousands if not millions of people across the planet that have not only been taken but left with illness or physical problems not to mention terrorizing encounters with the creatures who kidnap them . How dare this man abuse and attack these people who suffer alone without help or understanding on top of their dreadful ordeals from the likes of his mean spirited mouth – how dare this man!

What was equally disturbing was how the crowd giggled and laughed and squealed with delight as this horrid man attacked the poor people who are kidnapped abused psychically hurt and  if they are lucky thrown back like a bag of trash. Forget about those who are taken and never seen again.  What is wrong with these people?  Obviously not one of them can think on their own and just because this guy took this view they all jumped on board with a ring in their noses being jerked with glee by this miserable man.

During his vicious rant towards all the poor victims of encounters with these unknown beings this awful man ridiculed and laughed at them by outright accusing them of making up their horrific ordeals because they did not “reach over and grab something from a shelf while they were lying on the examination table in the aliens craft to bring home for some material proof!”  Honestly this man is a flaming nit wit to make a statement like that as it shows how lacking he is on what is being reported and how little he knows of the subject.

I have interviewed as well as have had personal experience in the area of dealing with these unknown encounters and will tell you first hand his remarks were of a 14 year old who has had watched too many science fiction movies rather than an adult who should have some background on what he is standing on a stage screaming about.

I do not know one abductee that has ever related to me anything about recalling a table of any type or in fact having any full knowledge of being examined. I do not know anyone who had memory of being in a place where they could recall their surroundings or who had taken them. I have lots of information on what the people do recall and do know and obviously that is the difference between me and this loud mouth under informed man who made his mission an assault on those who had to suffer these traumatic events.  Does this man really think that any being who is advanced enough to invade a human beings life, take them, do whatever they please with them, and leave the person confused and dumped off like a lump of trash is going to allow them to pick up anything and walk off with it? This man is just so insulting and arrogant in his ignorance of this subject it is laughable. The fact he was given a stage to stand on to attack and humiliate me and those like me is not something I am going to sit silently  about any longer. I am mad as hell and this article is the result.

My hope is that this man and others like him keep their close minded limited views to themselves until they take the time and effort to research what they are talking about with people who do have experience and have the facts on what is actually being reported and not go off on a comedy routine about things they have absolutely no knowledge about.

Find the video on my site