UFODigest.com » Aliens and UFOs » UFOS/USOS AND OUR OCEANS AND WATERWAYS 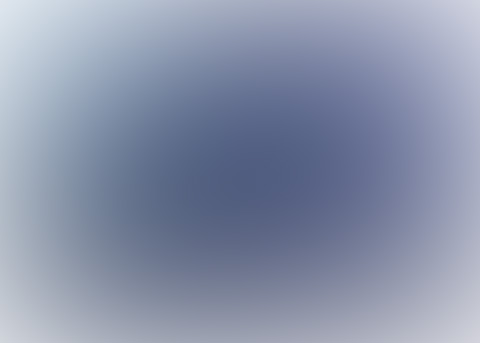 I have been writing about UFOs for years. I have interviewed and recorded on my blog many reports given to me by wonderful people who were willing to share their sightings and encounters with UFOs.

It did not take me long to realize that many of the reports were of UFO s  that were close to large areas of water. Of course there are many sightings seen over land all over the earth however realize that this planet is mainly water.  It soon became obvious that as well as having the ability to maneuver easily above this planet UFO’s also have proven they can easily do so below our oceans, lakes  and waterways too.

I believe that this planet is an easy place to park for our visiting advanced life forms as we offer many land areas that are remote or still untouched by humans as well as a vast water way of deep water to easily submerge and base from without interference of the little annoying top sider earthlings! We are a water planet with our mass consisting of far more water than land  making us an easy target for those who travel the cosmos to stop, land and even stay awhile without disturbing the top side living humans.

Long Island New York has been a hot bed of UFO activity for a very long time. Since Long Island is a thin long island that sticks out  in to the Atlantic Ocean it is a logical place for those living on the island to spot the coming and going of odd crafts that fly in from the Atlantic over the island on their way to other destinations. It is also a easy place to abduct  a few innocent humans for whatever reasons they may have which is why so many people have had encounters and events with strange crafts in this part of the world.  Combine this with the fact an Air Force base was once located here as well as Plum Island and Brookhaven Lab and you have a perfect storm for alien UFO activity for the poor souls who live on this island.

This was especially true in the 1950s through to the late 1970s as the population in the eastern half of  Long Island was far less than it is today.  Rising from the Atlantic Oceans floor and heading the short distance to a sparsely populated island made abduction a piece of cake for those doing the abducting and a nightmare for the poor people being taken against their will for reasons that still remain unknown.  The fact that Camp Hero and Plum Island were close at hand always was very strange  in my thinking as they were both dangerous places yet located a mere one hundred or so miles from New York City. As I started on my journey of writing about the many encounters of those who live in my area I realized it was not difficult to tie  the idea that the above labs ad military bases may have been involved with whatever was flying over the Island and intruding on the lives of those who lived in the less populated areas of the island often during that time period.

I always thought that the alien /human alliance was formed long ago without choice on the human side. I believe that our visitors would use our oceans, sky and be allowed a  certain quota of earthly humans to abduct  for what ever reasons they so desired in exchange for not being blown off the face of the earth and maybe a hand full of technology thrown our way by the technology advanced visitors. As the far weaker partners in this arrangement we really had no choice but to agree to their terms.

When I look back at the reports I have come across concerning odd crafts here where I live on Long Island I realized they  always involved the Ocean. Since we are surrounded by it the ocean became a huge factor in the reports.

I look back and think about the vivid descriptive sightings told to me by those in the mid 60s who encountered UFO’s flying from the Ocean along the rivers and on to the land mass of the island by people who were honest good people who were shocked by what they had seen. I think back to a woman who lived along the coast line of Long Island who had a breakdown after she and her husband and a few of her neighbors encountered a huge UFO hovering over the mouth of Great River on the south shore of Long Island.

I recall the skeptic who along with  his entire family reported yet another large craft lifting from the water on the Connecticut coast of the Long Island Sound while they sat shocked at what they were seeing as they sat  in their car at a dock in West Haven.

I could not handle the amount of Orb sightings I was receiving about two years ago all coming from the Atlantic Ocean and flying along the south shore coastline of Long Island. I can recall being told the story of a doctor and his family on a boating party trip with a group of other doctors and their families all hooked together in their cabin cruisers at the mouth of the Long Island Sound going out to Montauk Point and the great Atlantic watch as a Navy vessel , Coast Guard ship and half submerged submarine chased some type of large craft out of the sound in to the open sea. I could go on and on however I think it is clear that what we are  seeing and reporting  above our heads are without question linked clearly to the enormous oceans, lakes, and rivers  that cover most of this planet.

I often wondered why it is we are reaching out to space when we have no idea at all what lies on the bottom or our own oceans and large water masses floors. I now think we dare not look as we may already know and have agreed to leave it alone as what we may find may be far too much for us to deal with.

I do know from living on an Island that has been plagued with UFO sightings for as long as I can remember that the ocean and the unexplained are tied together in a way we do not understand and have not yet given enough focus or investigation to.

The one thing I know as fact is that most of the history and explanations we have been offered so far concerning both history and things considered unknown are full of factual mistakes or in cases simply completely wrong. As far as UFO or USO’s are concerned we are in a constant state of being fed false information, and deception which makes the small amount of truth that may get out to us lost in the mix of the manipulated control of the facts and the tonnage of fraud and fake reports that are dumped on to the public by the public .

Not to long ago I remember a flap of  news being discussed on the inter net that reported a united co operation of international war ships taking part in what was referred to as war games with multiple countries of the world including the United States, China as well as other major nations attending.

This united group of military navy ships from across the world were supposedly located in the Pacific Ocean close to the North West coast of  America. I could not find enough information to consider this a true report nor could I find enough to immediately toss it on the fake and false miss information pile either. I thought about this odd group of war games being reported by many in the Pacific Ocean and wondered if this could have been a meeting of the nations who knew about something that was located on the Pacific floor and were joining forces to investigate it.

It then occurred to me that the reason may have been something far more sinister and the united forces  were there not to investigate but to protect whatever was lurking or landed beneath the ocean floor. To date I have no idea if any of this is truthful and did take place or if it was simple internet made up trash. This is a perfect case that shows how miss informed and lost to real truth we are concerning all of these subjects leaving us  completely in the dark to what really goes on in truth with the things we consider unknown and unexplained. Are there strange crafts using our oceans and waterways on this large water covered planet?  I  guess for now we will have no way to know for sure. I  bet it that they are and have been for a very long time.

The Oceans need to be scrutinized by those who can give them serious study to figure out what truly lurks below the waters depths. We need to stay open minded and alert to the many possibilities that surround these subjects and most of all be careful out there be it by land sky or sea. It seems the unknown is simply everywhere. Until we demand to have real research and study done by organized professional  universities and government agency’s we can trust ( if such a thing exists) we will never know the truth of our reality and the facts of real life living on planet earth.

Find article about war games in Pacific plus videos concerning this topic http://endlessjrny.blogspot.com/