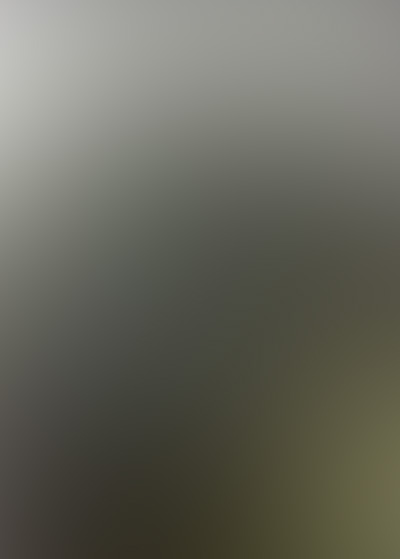 The Haunting of Hill House”, by Shirley Jackson, titled,”The Haunting”, in its movie version terrified me and I have yet to see a scarier movie.

Goose bumps still have goose bumps when I recall this film horror and subsequent viewing still chills my bones to its marrow..

“The Exorcist”, touted and deemed the scariest movie ever made, however, fails “The Haunting’s” fear ‘test’, as almost all of Stephen King’s pop- culture-horror movies, also do.

Films of “Horror” fail, when the “thing to be feared”, is seen on film and is simply too explicit.

Horror films’ effects generally fail to deeply terrify an audience because the film depends heavily on visual special effects in order to scare the viewing audience.

The psychological trouble, with an audience’s lack of fear, not being scared by a horror movie, emerges when the viewer can clearly and actually SEE and OBSERVE that creature who is supposed to be scary.

Viewers watching a ghost or monster film, easily subdue and avert fear and internally say,”well, looking at it, it’s sort of ok, but not THAT scary…”

But we LOVE to be scared.

Delicious fear can be achieved and sustained in a film only and oddly if the monster or ghost or ghoul in question, remains mysteriously unseen/ unknown.

Now, fear blossoms as the viewer’s mind can engage imaginatively and creatively.

The scary but elusive unseen monster can now eat away and privately gnaw at the viewers’ imaginative minds.

As an example, the unseen movements of the shark, below the camera’s water line focus, in the movie “Jaws”, generates the most terror in the viewers’ minds and adds enormous weight to this ‘test”, a measure of terror, often ruined by the very graphic nature of most horror genre films.

There’s nothing left for the mind to imagine. It’s all there to be seen, in black and white or in color and thus, really not that scary, after all.

The sole exception, in Horror film genres, to this unspoken rule of scaring viewing audiences, is the first part, the first two hours of, the Stephen King movie,”IT”, a film beginning that is absolute in its terror and horror, despite graphic depiction of the demon.

But even the exceptions, prove the rule.

When the Monster, or ghost or demon is THERE, but unseen, always just around the corner, internal and real fear can begin to mount and blossom in the minds of an audience viewing a horror movie.

The movie, “The Haunting” does precisely this, and it succeeds in badly scaring the viewer and it violates the human pleasure of being able to control being just a little afraid.

Just like our minds’ enjoying action- theme parks which feature dangerous attractions and rides, the comparable human need is to be, safely afraid.

We will pay good money for fun houses, carnival rides, roller coasters, horror films and Halloween, to satisfy that need to be only safely scared.

The authoress, Shirley Jackson, stated that she, “never slept in her bedroom without the lights full on” and I suspect, as I do the same, that I know precisely what she experienced that might have motivated her to write that story into a book.

Some things really scary repulse us in an odd enjoyable way.

Juxtapose the impotent silly fear generated by the popular movie, “Halloween”, a Jack-in -the-box graphic ‘slasher movie’, popular with people who have likely never seen the film, “The Haunting”.

For the same reason we like a roller coaster ride; although we are scared , we always feel sure that the horrific and life- threatening ride will certainly deposit us, safely, at the end, so that we can walk away, unharmed.

We foist this odd joy of being scared safely onto our holiday, of Halloween.

The holiday, itself, is a creepy harbinger of fear that is totally pleasurable.

The Holiday Halloween traces itself back to the ancient religion of the Celtics in Ireland, who were very conscious of the sinister surrounding unseen spiritual world, and had bizarre ideas about how to gain access to it.

They believed that Halloween was when the veil between the physical world and the spirit worlds became very thin; evil supernatural forces were most active and sinister ghosts and spirits of murderers were free to wander.

“During this interval the normal order of the universe is suspended, the barriers between the natural and the supernatural are temporarily removed, the veil lies open and all divine beings and the spirits of the dead move freely among men and interfere sometimes violently, in their affairs” 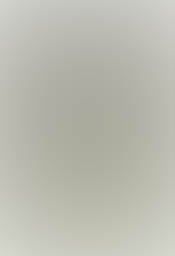 The Celtic priests, called Druids, performed their rituals of sacrifices of crops, animals and of humans, to placate the gods and to guarantee that the sun would return after the winter.

As in many religions the first key religious element was to frighten away evil spirits before anything else.

To the Celtics, the religious bonfire was the symbol of the sun, and was used by the Druid in his fight against dark powers.

The term bonfire comes from the words “bones of fire,” literally, the bones of sacrificed animals and humans, piled in a field with timber and set ablaze.

All fires except the Druids’ bonfire were extinguished on Samhain, our precursor to Halloween; householders were levied a fee to relight their house fires within, with the fire which burned at Druids’ altars.

During the Festival of Samhain, fires would be lit which would burn all through the winter and sacrifices would be offered to the gods on the fires.

This blood sacrifice practice is strongly echoed, and mirrored, in its dark spiritual summoning, within Mayan, Aztec and Old Testament Hebrew religions, by requiring that blood be splashed upon all four corners of an altar, and of the burning of recently alive flesh, to open evil and powerful paranormal portals.

The ghoulish practice of burning human sacrifices, more modernly, was stopped around 1600, with an effigy sometimes burned instead.

The origins of present day “trick-or-treat” come from Samhain, which was the supreme night of demonic jubilation.

Spirits of the dead would rise out of their graves and wander the countryside, trying to return to the homes where they formerly lived on that night.

Frightened villagers tried to appease these wandering spirits by offering them gifts of fruit and nuts.

They began the tradition of placing plates of the finest food and bits of treats that the household had to offer on their doorsteps, as gifts, to appease the hunger of the ghostly wanderers.

If these spirits were not placated, villagers feared that the spirits would kill their flocks or destroy their property.

Demons and other inhuman malevolent entities surfaced and also walked that night.

One way to protect themselves on such an occasion was to masquerade as one of the demonic hoard, and hopefully blend in unnoticed among them.

Wearing masks, disguises and blackening their faces with soot were ways of hiding oneself from the spirits of the dead who roamed around.

Thus, the origin of Halloween, where one can feel safely afraid with masquerades as devils, imps, ogres and other demonic creatures.

“Trick-or-treat” can be traced to a European custom called “souling”.

Beggars went from village to village begging for “soul cakes” made out of square pieces of bread with currants.

The more soul cakes the beggars received, the more prayers they would promise to say on behalf of the dead relatives of the donors.

At that time, the Church taught that the dead remained in limbo, purgatory, after death and that prayer, even by strangers, could elevate and thus guarantee a soul’s passage to heaven.

In many parts of Britain and Ireland this night used to be known as ‘Mischief Night’.

People were free to go around the village playing pranks and getting up to any kind of mischief without fear of being punished.

Many of the different customs were taken to the United States by Irish and Scottish immigrants in the nineteenth century, and they developed into ‘trick or treat’.

However the delicious feeling of being safely afraid sometimes got out of hand and evolved into truly frightening cultural experiences.

“At one time Halloween was a time of such fear and dread that people would board up windows and doors and stand guard over their properties with loaded shotguns in anticipation of the wandering packs of youth that would terrorize their communities unleashing devastation and destruction in their wake.

From city to city, all across our great land, gangs of young men would go on the rampage, throwing rocks through windows, burning down fields, barns and homes, chasing off livestock and performing every imaginable prank against unsuspecting victims.

These individuals would justify their behavior out of hunger, anger, revenge, or just plain “fun”. At times the tricksters would wear masks, costumes and disguises to prevent other people from identifying them.

Sadly, this only made matters worse as people would blame their avowed enemies and reciprocate Catholics against Protestants, Protestants against Catholics, rich against poor, poor against rich, white against black, black against white People were traumatized, people were injured and many were killed”

(quotation from an article by Mark Parsec) Then, in later Church observances, Halloween, an amalgam of Celtic and Catholic, came from “All Hallows(Holy Saints) Eve”, an official Church holy day.

Fires were set and tended to by Church fathers and priests all night long to attract dark entities which were then prayed for to move them out of the darkness and into the light which was much appreciated and seen as service to heaven.

The very next(logical) day was “All Saints ‘Day” a celebration of those already elevated souls in the Church.

All Hallows Eve and All Saint’s Day were tied together in the Church’s mind as a linear evolution; first the ‘cleansing’ then, the ‘celebration’ of God’s eternal souls on Earth..

Vandalism and wanton disregard for the property of others was and is common on Halloween night.

Police officials everywhere report a great increase in such activities on Halloween.

Some fears are thus intrinsically repulsive and not at all delicious.

Worse yet are the horrifying accounts of poisoned candy and fruits booby-trapped with razor blades and needles on Halloween, threats so real that many hospitals offer free X-rays of Halloween treats in order to prevent children from being harmed.

However, we do indeed relish the idea of celebrating fear, as long as it is safe and Halloween allows us to vent that odd human need.

I used to joke that my mother celebrated Halloween, too early, and starting in September, by putting decor and carved pumpkins on the front porch.

The neighbors said that she had premature a jack-o-lantern….

If you would like more information or to purchase this book from amazon.com simply click on its title: The Haunting of Hill House (Penguin Classics)