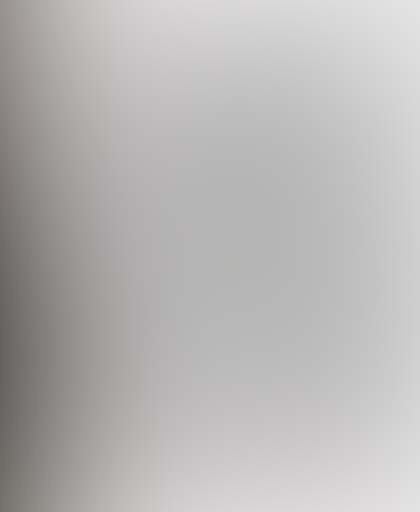 The Bumps of Critters, in the Night: What Alien Abductions Are All About

“All truth passes through three (3) stages. First, it is ridiculed. Second, it is violently opposed. Third, it is accepted as being self-evident.” – Arthur Schopenhauer”

I imagine strongly that I am just dreaming, but I am again awake in another dimension, unsure of what reality is.

“What a beautiful child, such a lovely child.”

“What a lovely child, such a beautiful child.”

Suddenly, I am on foot, merged into a multi -structured scenario, a facsimile reality, a 3-D holograph.

I am surrounded by people craning their necks in a crowded street scene; just ahead of me, off scene, trumpets blare, snare drums tattoo into a marching rhythm.

I am drawn ahead to a parade.

I move swiftly forward, now purposefully  striding, popcorn strewn sidewalks crunching beneath my feet, cotton candy wafting a cloying sweetness to my nostrils, on the breeze.

Just ahead, the excited blare of trumpets grows louder.

A murmur of crowds, deeply lined on both sides of the avenue, expectantly crane their necks and heads above me, taller than I am.

The idea strikes me that I will likely miss this parade, that it will go down the avenue unobserved by me; the growing din of the tattoo of drums, and this precise worry, combine to urge and propel me forward.

I push through the towering crowd.

I am holding little hands, pulling along two children, one in each hand, as I rush forward, expectantly eager,

with an urgency that these two very small children experience the brassy, colorful thrill and panache of a marching band parade.

In my right hand is the palm of a human child, perhaps, five years old, wiry and muscular with blond hair and bluest eyes, a robust human child.

In my other hand, I grasp a small, withered hand, of an odd looking, frail, non-human child, who has large black almond-shaped eyes, very long, skinny arms and legs, a sickly, grey tubular creature-child who struggles, but who cannot  keep up.

I sweep this odd child up onto my shoulders to allow it to see the parade ahead and to carry it ; I can feel its joy radiate as a strong psychic wave.

It is handicapped, an ailing entity, sadly listless and oddly lifeless.

A facsimile look alike of the cartoon character, Gumby, as a baby, with long grey arms and legs that seem useless as appendages, a long tubular -shaped Gumby child, listless, and with no vitality.

The holographs’ scenes quickly change, as does my viewing perspective.

I look down at this same grey -tubular, but now diapered, nonhuman child, as it lays on a bed.

In my head, that same deep resonant bass operatic voice suggests to my mind that I change its diaper.

I was never an eager changer of diapers with my own babies, choosing sometimes to neglectfully leave a fully ripe and pungent baby for their mother to change, who was due home at any moment.

I recoil at the suggestion to nurture and care for it, by changing its dirty diaper..

Both the creature and its toilet needs strongly repulse me, as I again begin to examine it more closely.

I awaken in bed, suddenly aware that the word, “dreams”, used to describe abduction’s surreal otherworldly ness, confuses real dreams with the foggy memories of actually being in an alternative reality, because the abduction experience is powerfully so dreamlike in nature.

‘Dream’,  is an impotent word in our language, used in recalling alien abductions, a problem with our language’s inability to describe the experience in any other way.

“What a beautiful child!”, as a phrase, is universally recalled by many tens of thousands of abductees, the world over, a phrase in an alien scripted scenario, in attempts to have offspring reunited with their somatic abductee parents for some nurturing, as these hybrids seem to be emotionally expiring.

A faraway, primal thought arouses a dawning idea, one that they wanted me to embrace: that ethereal Gumby child is quite possibly of my own blood and my own flesh.

And that’s what abductions are all about.

They are in salvage, busy doing what we are doing, creating offspring, all over this planet, changing gene pools, blending two very different species of beings.

These hybrids have been acquired, by these beings, by a difficult, long, secretive hard road.

We are used towards this alien agenda, precisely in the same way as we practice animal husbandry.

Good technology, a million years more advanced than ours, seems like Godlike magic.

Mass abductions, the taking of many people in an area at the same time, involves folding time and space in a manner beyond belief so that no time missed is noticed by abductees.

Time is a quaint variable, like gravity, both of which aliens have exploited in ways that we can only faintly imagine.

When UFO craft suddenly wink out, vanish and then reappear, in the exact same spot, the pilots have actually traveled into time and returned.

As a loose rule, abductees’ soul-personalities have agreed to participate in these abductions at a distant point in time, as a spiritual agreement and these people are often virtual peace offerings between warring alien factions as somatic banks to periodically retrieve somatic tissue from people with alien DNA.

Most abductees have rarified alien DNA.

They locate us as children to begin this tampering and it continues regularly, throughout life.

I refuse to acknowledge this agreement, as this particular personality of mine has been purposely made aware of these intrusions and as such, reflect a clear violation of spiritual rights, in their continuing.

I have dragged my feet and refused cooperation.

They change tactics and redouble their efforts.

I have enlisted spiritual help from the same dimension that they use to enter our physical one, and they lend demons into the equation as spite work, muddling the picture.

I tell myself that I will remember, and vague and vivid snippets remain which I can unfurl at leisure, by worrying the edges of the snippet.

What happened just before and just after the recalled snippet of memory will intrude slowly, until a fuller grasp entails.

Often, they wrap me in general blackness so that I awake with nosebleeds, scoop marks and exhaustion without vivid remnants to recall.

But the screen memories are so aligned with their negative thoughts that the scenarios reveal that they are imposed, by virtue of their worst scenario plots and their vividness.

They are masters of delusions and can have one dreaming a snug little dream while they march one around their craft for various purposes, and most abductees, the world over, are none the wiser.

I resent and frustrate their entrances, approaches and goals when I resist and their tempers ill befit the advanced technology that they have.

Since they primarily wait until one is in REM sleep, lucid dreaming works well to detect and interact with them and is worth all the trouble it takes to master techniques of lucid dreaming.

It is hard to imagine the human hardships and brutal dilemmas orchestrated by these alien puppet masters; I have been busy severing the overhead marionette cords of their subtle imposed control and therein struggling to find myself.

I program myself to subliminally repeat,”I will no longer participate in these alien endeavors”,  to find that in sleep I am shaken forcibly by a dark demonic entity as strong as a bull, who says,” You will do as you’re TOLD!”

Enforcers and re claimers and punishers, from the gangster fringe element of the spirit world, are patently employed.

The entities whom abduct are small synthetic job-beings, cloaked and unseen, but the entities who assess the testing I’ve been submitted to are tall, flat like a Gumby character, white like a refrigerator, often hooded and strongly telepathic in nature.

During abductions, the human brain is somehow detached from the front of the brain, where one’s shoe can hang before one’s eyes but one cant discern just precisely what it is.

The perspective was waking to find that I was asleep, wrapped in delusional thoughts and scenes.

I later discovered that these entities always just outside of sight, kept me and a host of others during a mass abduction, on short, psychic, surreal leashes of control while manipulating us around the craft for various purposes.

Each abductee was cocooned in a surreal, snug, little delusional ‘dream’.

The psychic nature of these entities is most uncannily canny and most people who experience an abduction will not ever recall being inside an alien craft or will dismiss any vivid flashbacks as mere dreams.

I and many others are most reluctant to assume any role of loving parenthood with these odd newest of created  sentient species.

Although those creatures who abduct humans are many of the “things that go ‘bump’, that we hear in the night,

who will assuage, nurture and mend the rejected, the broken hearts of these new and youngest hybrid children, hearts which now also bump in the night?