UFODigest.com » Aliens and UFOs » WILL FIRST CONTACT WITH AN EXTRATERRESTRIAL RACE WILL CHANGE HUMANAITY FOREVER 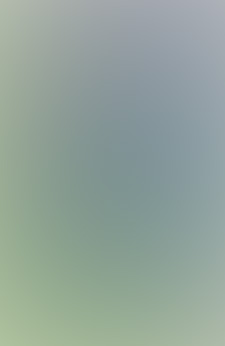 Carlsbad, California – Dr. Stan Schatt’s new book Extraterrestrial First Contact: Past, Present, and Future is now available in paperback and electronic format from Amazon. It examines how much credence should be paid to tales of ancient astronauts, stories of treaties between the U.S. and aliens, and photos showing alien bases on the Moon. It describes the difficulty of developing a message that an alien race could understand as well as the cultural, psychological, moral, cultural, and ethical differences that must be spanned and cites the work of leading exobiologists, archeologists, and others.

“Well-respected figures such as Stephen Hawking and Elon Musk have argued strongly against a new policy by the Search for Extraterrestrial Intelligence (SETI) that would result in broadcasting messages rather than just passively listening for alien messages,” Dr. Schatt pointed out. “In fact, it is much like beating a drum in the jungle without knowing who might hear you.”

Schatt discusses the possibility that the first alien visitors could be missionaries and how many of the major religions would likely react. He points to a global political nightmare as well as a mass media feeding frenzy that might make negotiations between races very difficult. In addition to describing the latest research by scientists working in this discipline, Schatt also cites some of the world’s most famous science fiction writers who have thought long and hard about this topic.

Dr. Schatt holds a PhD from the University of Southern California as well as advanced degrees from Arizona State University and the Thunderbird School of Global Management. He spent many years as a futurist and consultant for a number of Fortune 500 companies during which time he forecasted future technology products and trends. Schatt also taught as a Fulbright Professor at Tokyo University as well as stints at the University of Houston and the University of Southern California. He also served as Chair of the Telecommunications Management department at DeVry Institute of Technology. He currently lives in Carlsbad, California. Schatt blogs at www.stanschatt.com and his Twitter handle is @stanschatt.

For more information or to purchase this book from AMAZON.COM simply click on its title: Extraterrestrial First Contact: Past, Present, and Future