My association with Milton William “Bill” Cooper goes back to the summer of 1989 when I first met him in West Los Angeles and my interaction with him went on intermittently throughout the mid 90’s. The last time I was next to him was when he was in a closed casket at his funeral service in Arizona. It was quite an emotional day for me.

It was on a typical, mild but clear Arizona morning of November 15, 2001 when a former conspiracy talk radio host and video producer, Anthony J. Hilder and myself, both from Los Angeles and another conspiracy talk show host from Phoenix arrived at the Community Presbyterian Church of a small country town of Springerville, located on a high plateau in Eastern Arizona.

It was around 8:30 a.m. and there was just a sprinkling of people in the foyer of the church. We all drove in to this sleepy country town with my van to attend the funeral service for the late Bill Cooper who was shot to death on November 6, 2001 by Apache County Sheriff deputies in a confrontation that took place in front of Bill’s home atop a hill in the nearby town of Eagar.  One deputy was seriously injured in that confrontation when Bill fired a round to his head.

We had expected more attendees to the service which was to start at 9:00 a.m. Soon the closed casket of Bill arrived and was set up in the front in the sanctuary.  It was not a formal religious service. Before the service started, we had a briefing by the officiating person.  By the time the service started, there were around 85 persons seated in the pews. Some of the attendees were from the Midwestern states, some were from the East Coast. A few, such as us, were from California. Others were from other Southwestern states and the rest were local folks.

It was a simple, informal service with a prayer in the beginning, followed by a short biography of Bill, followed by Eulogies and Remembrances by speakers and a final prayer, followed by the recessional of the casket from the sanctuary and a car processional to the Springerville Town Cemetery a few miles away.

There were a total of 8 speakers at the service, including Anthony J. Hilder and myself. When my turn came, here is what I said from the podium:

“The world will always remember Bill Cooper as an egotistic, paranoia monger. Indeed, to many he was perhaps an arrogant, obnoxious, choleric, self-aggrandizing, rude, vitriolic and vengeful person. Perhaps he was all of this and much more. But no matter how negative his personality is described to be, we must admit the fact that he did indeed make a tremendous impact among hundreds, if not, thousands of his listeners, whether in front of his astounded lecture audiences or through his “shocking” radio programs.

I first met Bill back in 1989 in West L.A. when he was just an unknown speaker and where he spoke for the first time at a gathering called UFORUM in which I was a frequent attendee.  I was quite stunned then with his hypothesis on the “Secret Government”.  It really sounded so fresh at that time because unlike most UFO speakers of that time, he convincingly injected “UFOs” to a “one-world government” right-wing flavored conspiracy theory.

I was so impacted by his hypothesis that I soon became a volunteer and helped him organize his first successful major public appearance that same year, which was held at Hollywood High School Auditorium, which was attended by well over 800 people.  That became the historic launching pad for his national lecture circuit. And the rest is history.

Later, in December of that year, I even attended the controversial National MUFON Conference held in Las Vegas in which Bill Cooper was perhaps the most controversial speaker aside from John Lear and Bill Moore and others.

The Bill Cooper of then was very much into “ufology”. Even in 1991, when Gary Schultz and I organized the first Ultimate Seminar in Rachel, Nevada ( 25 miles north of Area 51 ), we were surprised to see Bill Cooper as an attendee. 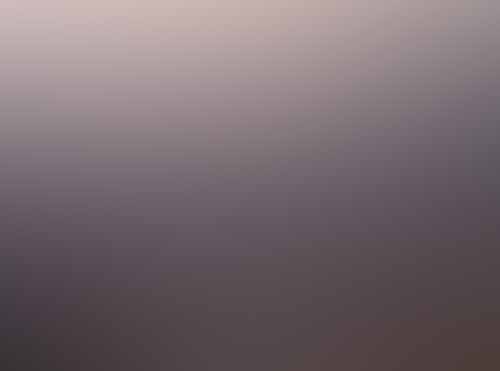 I remember quite well when Gary and I had to lead the people to the White Sides hill for a climb to view the base (Area 51), Bill Cooper could not make the climb due to his leg and he was even cracking up jokes about it. He stayed at the foothill of White Sides, without being able to see the facility.

In 1993 Bill Cooper, Eustace Mullins, Jordan Maxwell, Vladmir Terziski, Dr. Robert Strecker, Anthony Hilder and myself, together with a couple of other conspiracy speakers were all invited to speak at the First International Conference on Global Deception to be held in the famous Wembley Arena in London.  Because of concerns for security due to the controversial nature of the conference, some of us decided not to travel to England.  Nevertheless, Bill Cooper had the guts to go and speak at the conference. I admired him for that.

By 1993 I had completely abandoned the so-called “extraterrestrial hypothesis” of the origins of the UFO phenomena and began to promote the hypothesis that the entire UFO phenomena was a brilliantly concocted, staged and manipulated man-made deception by elitists to bring about certain agendas.  From then on, I completely disassociated myself with “ufology”.

I was quite surprised to learn that, later on, Bill Cooper also began to depart from “ufology” and was also beginning to hypothesize that “UFOs” had nothing to do with “aliens” but was a manipulation of the government to bring about fear to create a one-world government. Cooper began to admit that he most likely had been shown disinformation by the government while he was in military service.  On this point, I truly commended Cooper for his admission. Cooper began to state that he was no longer a “ufologist”. It was Cooper who coined the term “ufoology” and I also commended him for it. We both totally departed from “ufoology”.

However, Cooper had a tendency to label anyone that didn’t agree with him as “agents of CIA”, etc. After moving to Arizona, he shifted his focus to the Patriot Movement (the Militia Movement), although in reality he was just a one-man militia, simply promoting his view on the Constitutional Republic through his radio programs to thousands of listeners. This was immediately after the Oklahoma Bombing. I, too, became involved in the militia movement.

I went to listen to Mark Koernke of the Michigan Militia in a large Conspiracy Conference in Palm Springs. I also became an acquaintance of Ted Gunderson, former FBI Special Agent-in-charge of Los Angeles who also became sympathetic to the militia movement. I also began to correspond with the Militia of Montana.

Besides his other numerous negative traits, Bill had an uncontrollable alcoholic problem.

But despite his eccentric, obnoxious personality, deep in his heart I believe that he wanted to be a good person. Unfortunately he brought an end to his tumultuous life by his self-fulfilling prophecy through his violent act. My heart goes out to Annie and the children. (My heart also goes out to the young deputy who was seriously injured in that confrontation. Bill will have to answer to God for that.) May God forgive and bless the soul of one Milton William “Bill” Cooper.”

This is how I ended my “Remembrances” of Bill Cooper at his funeral. After the service, we all proceeded in a car processional to the cemetery, under the watchful eyes of several patrol cars, County Sheriff’s vehicles and other governmental agency vehicles. It was just before noon that the casket of Bill Cooper was laid to rest at the graveside. The casket was then lowered into the ground. It was definitely one of the most emotional moments of my 20 years of being involved with “conspiratology”.

Do I think that Bill Cooper was an unwitting participant in “disiformation”?   Yes, I think so.  He was unwittingly drawn into such a situation.  And I believe that it wasn’t intentional “disinformation” but rather “misinformation”.   I believe that Bill Cooper was slowly drawn into delusional paranoia and may have been manipulated by certain entities, i.e., individuals or certain groups with agendas, governmental or not.  I do not know.

By the time that his now “classic” book, BEHOLD A PALE HORSE, came out and began to receive attention, ironically, he had already began to disassociate himself with much of what he wrote.

“BEHOLD A PALE HORSE” was basically a compilation of his past military service history, his original speech “THE SECRET GOVERNMENT” (now out-dated, filled with misinformation and disinformation and no longer relevant in many ways), some obscure and outdated, unreliable information and articles provided by others regarding Area 51 and mixed in with verbatim copying of THE PROTOCOLS OF THE LEARNED ELDERS OF ZION, which many researchers had always regarded to be a fraud, to begin with.