UFODigest.com » Aliens and UFOs » Ancient Astronauts » WRITTEN LANGUAGE OF THE MAYA SHOCKS SCIENTISTS WITH ITS BRUTALITY 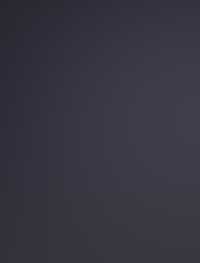 It has been scientifically proved that America’s ancient inhabitants, the Maya, used to wrap the deceased in caoutchouc and evaporate the mummies in humid tropical jungle, like in a sauna.

The archaeological area of 113 megapolises and neighboring towns is situated on the square of 1200 kilometers. Scientists uncovered a lilac-colored stone knife and two skeletons, which belonged to personas of royal blood. One of them was colored with vermillion. A leading archaeologist, Oscar Quintana, acknowledged that scientists had uncovered the center of the bloody cult of the Maya. American anthropologist David Webster is certain that the Maya were using almost painless pleasure from battles and fights. The scientist does not exclude that it was one of the reasons for the ancient civilization to decline.

The Mayan civilization left its traces on the vast territory from Mexico to Honduras. Below is a short list of most recent and interesting findings:

– The use of caoutchouc as a substance to embalm mummies indicates the Egyptian tradition;
– A mural of a man, discovered in San Bartolo, Guatemala, who was trying to pierce his penis with a skate spike;
– Wooden constructions, various tools, a bath house and benches were uncovered from under layers of volcanic ashes in one of the Mayan villages in the north of Salvador (the 6th century).

Unfortunately, black diggers steal the majority of archaeological treasures. The number of illegal excavations on the sites, where the Maya used to live, already exceeds 3,000. The number continues growing. Oscar Quintana regrets about the disappearance of an ancient mask, which was made some 1,400 years ago. The tongue of the mask was made of a shark tooth.

Archeologists still do not know how the Maya managed to make perfectly straight streets (sakbes) for they had neither horse traction nor carts. Such streets reach up to 100 kilometers in length. Scientists also try to find out the rules of the strange game, when the Mayans used human heads as soccer balls.

Ian Graham was collecting the juice of the chikli tree, the basis for the production of gum, in the jungle of Guatemala in 1959. Graham and a group of his guides found the ruins of the ancient Maya civilization in one of the valleys, lost in lianas. Graham took pictures and made drawings of some 400 hieroglyphic symbols of the Maya, which the scientist subsequently sent to the Peabody Museum in Massachusetts. The Maya hieroglyphs represent the only system of written languages of American aborigines. Experts managed to declassify about 85 percent of ancient documents so far.

Dates and figures of the Maya were unveiled in the 19th century. However, the key to the secret of the Maya’s written language was found in the 1950s.

The Maya inhabited the territory of modern Mexico, Guatemala, Honduras and Belize. Hieroglyphic texts were made during the so-called classic period of the Maya epoch, between 250 and 900 years A.D. The Maya deserted their large cities after that period, and their civilization mysteriously perished.

Spanish conquistadors conquered the population of this region in the 16th century and destroyed a big part of their culture. The Maya books were burnt, only a small amount of them was lucky to be preserved. Missionaries of the Roman Catholic Church continued the destruction of the civilization after the conquistadors. The history of the written language code of the Maya commenced from the moment, when one of the Roman missionaries, bishop Diego de Landa, started asking questions about the Mayan language.

Russian linguist, Yury Knorozov, discovered in 1952 that characters of the Mayan written language referred to sound, not to actual letters of the alphabet. It was revealed that the Maya used two types of the symbols for their writing. Some of the symbols indicated a whole word. For example, a drawing, depicting a spotted, long-toothed animal, stands for “jaguar.” Other symbols indicated such combinations of sounds as “la,” “ka,” “ma.” All those symbols put together make the word, which could be pronounced as “lakam,” which means “the flag.” People know it from the Mayan-Spanish dictionary of the 16th century. The Maya used up to 500 symbolic characters, which are read in either the left-right or the top-down direction.

US architect of the Russian origin, Tatiana Proskuryakova, noted in 1960 that there was a special symbol placed next to an image of a person being pulled by his hair. The scientist declassified the meaning of that symbol as “chukai” – “to be taken prisoner.”

Modern specialists have also been able to declassify Mayan calendars, as well astronomical data and the system of calculation – scientists were amazed to see how precise they were. One of the ancient calendars counted 18 months, 20 days each, 360 days in total, which were followed with five “unlucky” days. Specialists presumed that the Maya were a peace-loving nation that was spending the majority of their time looking up at the sky and watching stars.

Linda Schele, an expert on the hieroglyphic writing of the Maya, published texts in the 1980s, which contained the description of the bloodletting ceremony. Maya rulers would let their own blood flow out on rind-made paper. After that they would burn the blood-stained paper offering it in sacrifice to their gods and ancestors.