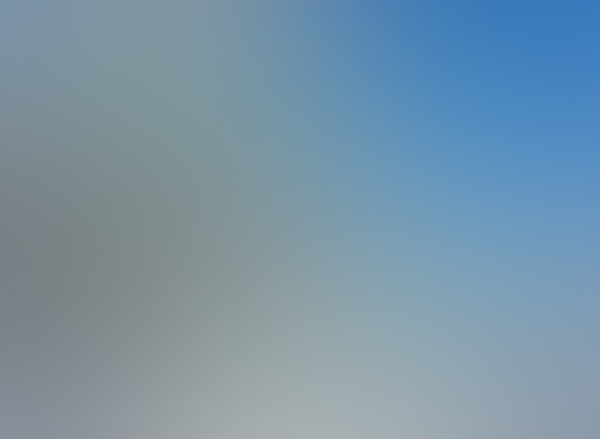 Publisher’s Note: Most Christians realize that Jesus wasn’t actually born on December 25, some 2000 years ago. We also understand that certain rules and dates were chosen, especilly Easter, at The Council of Nicea in 325 AD. Others like Pat Regan remind us that the Son of God was originaly the Sun in the sky. At that time in hisory many debated which of the Sun/Son God was real! Dirk

Is the extensively-accepted Jesus Myth the real ‘Reason for the Season’ – or simply more fundamentalist spin?

CHRISTMAS TRADITIONS: WHAT THEY DON’T TELL YOU!

The modern Christian feast day of Christmas originates from the enormous storehouse of our ancient Pagan past. Any concrete date regarding the alleged Jesus Christ’s birthday is unrevealed and even the gospels fail to specify the exact time of this mythical figure’s commencement. In fact such was the deception of the Church that the ‘official’ date of Christ’s ‘supposed’ birth was only hatched up in AD 273.

The early Church, enthusiastic to win converts from the old earth-orientated faiths, saw massive theocratical benefit to be gained by adopting this native midwinter festival. This shrewd spiritual ruse was applied with equal force to ALL our original Pagan feast days.The entire Christian year is surreptitiously grafted onto a much older Pagan agricultural calendar, which links intimately with the solar orb/seasonal cycles. Thousands of years before the Christian sect was first instigated, our Pagan forefathers were celebrating the joyful feast of the Midwinter Solstice. Universally, people honoured the Nativity of the ‘Sun God’ under his abundant titles and epithets. Midwinter marked the phase when the sun was at its lowest point in the sky. This reality was acknowledged and vitalised by the ancients as the time of ‘New birth.’ From now onward the days would grow lighter as the solar power of the great ‘Life giver’ amplified. 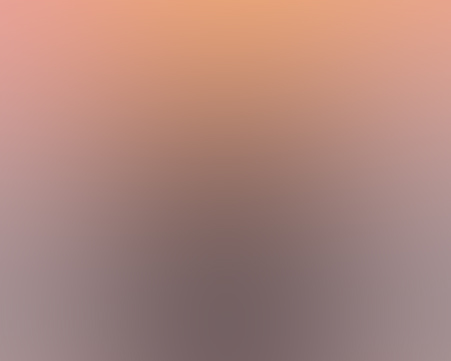 Christianity merely took the name ‘Sun’ and converted it into ‘Son’ so as to give the new intolerant faith from the East a more satisfactory countenance for our Pagan ancestors.

This conniving stratagem ensured that the indigenous peoples would still preserve their old festival dates, whilst jettisoning their original rich and balanced spirituality for the new-fangled synthetic, ‘one god’, doctrine.

The old Roman Saturnalia: source of most Xmas customs

Most Christmas traditions and customs are visibly based on the old Roman feast of the ‘Saturnalia,’ which was enjoyed for seven days (variable) toward the conclusion of December.

During the festivity of the god Saturn all schools, courts, businesses and so on would remain closed. Slaves and masters would reverse roles with masters serving their subordinates at table etc. Incidentally, this convention still remains within our native consciousness even today. The charitable aspect of the Solstice is common to everyone. Army officers still serve their minions at Xmas dinner; employers worldwide still give big parties for their workers and folk exchange loving presents. A small cap known as a ‘Pileus’ was the Roman sign of a freeman.  During the Saturnalia slaves were allowed to wear this head covering at the banquet. This is a detail worth remembering when people next enter into the party spirit and put on silly hats at their Xmas dinner. 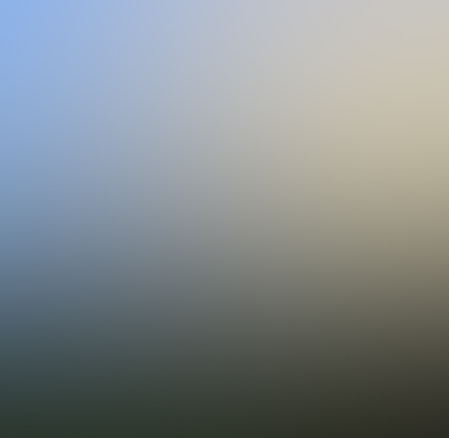 The word ‘Yule’ stems from the old Viking word ‘Iul’ meaning Wheel – Yule being the lowest ebb in the sun’s travel through the wheel of the year.

The Yule log was traditionally cut from an oak tree. This wood was sacred to the Thunder God, Thor, who is also known as ‘Thunor. This deity gives his name to Thursday (Thor’s Day). The Yule log, after being licked by fire, was believed to protect a dwelling from lightening strike.

Mistletoe was seen as an all-healing plant and sacred to the Norse deity Balder. This plant was used by druidic priests and native healers to promote fertility. It is still used today in a magical sense, i.e. the tradition of kissing under the mistletoe!

Holly is of course a customary part of Yuletide and like the mistletoe it has traditional connections. It is sacred to Saturn, God of the Dying Year and was hung outside houses by the Romans to avert psychic attack, lightening and perceived evils of any kind.

Ivy is an evergreen climbing plant symbolising immortality. It has been perceived as a representation of eternal life in numerous Pagan faith systems including Druidism, the spiritual ethos of the Celtic peoples.

Today’s Father Christmas image is based upon the Holly King figure of Odin, the Norse ‘Father God’ who rode through the night’s sky not on a reindeer but a fast white charger. The aspect of his red and white costume (and flying through the sky) is possibly linked to the use of the brightly coloured hallucinogenic mushroom, Fly Agaric by Norse Shamans and warriors before battle.

Xmas trees originate from ancient rites of the great, Phrygian Mother Goddess Cybele. Her worship was brought to Rome in 204BC. A Pine tree was felled and placed within her sacred temple then decorated with lavish adornments of beautiful flowers and coloured wools, etc. I believe that it is quite likely that the tree custom travelled with the Legions into Germanic localities and amalgamated with native tradition there at some later date. We should possibly give credit for the tree’s modern day usage in celebration to Drusus the Elder who embarked upon a military campaign for Roman domination against the Germanic and Raetian tribes in 15 BC.

Any seriously unbiased investigation into the historical side of Christmas traditions clearly reveals that Christianity has no right whatsoever to claim an exclusive monopoly of the Sun/Resurrection god situation. The Christian re-born Sun God Myth is but the latest in a long line of deity modifications.

SO WHY DID THE CHURCH HIJACK ORIGINAL PAGAN MIDWINTER SOLSTICE CELEBRATIONS AND REPLACE THEM WITH XMAS? WHY THE 25TH DECEMBER?

Let’s examine a few solid facts, rather than continue to propagate the same old fundamentalist lies about midwinter celebrations.

Numerous crucified sun gods have their traditional birthday on December 25th. This is because the ancients acknowledged that the sun makes a yearly descent southward in anticipation of December 21st or 22nd , the Winter Solstice, when it stops moving southerly for three days and next starts to move northward again. During this period our wise ancient forbears confirmed that God’s sun had died for three days and was ‘born again’ on December 25th. The ancients realised that they needed the sun to come back every day and that they would be in huge trouble if the sun continued to move southward and did not stop and rescind its direction. Consequently, innumerable diverse cultures celebrated their ‘Sun of God’s’ anniversary on December 25th.

Fundamentalists within the early Christian Church latched onto all this and swiftly adopted the heathen, earth-orientated midwinter celebrations to equate with their newly fashioned variation of the Sun God, Jesus Christ, known as the Son of God! Millions failed to see the clever fundamentalist ruse herein and the die was cast for increased Church – inspired mind control!

SUN GOD DECEPTION, HOW THE CHURCH CLEVERLY MANIPULATED ‘YOUR’ MINDSET

The Christian Christmas tradition stands as a prime example of scheming, theocratical mind control of the masses. The following are major qualities of the omnipresent Sun God myth, which can be related to contemporary Christian recycling of much older Pagan folklore.

The sun dies for three days on December 22nd, the Winter Solstice; when it stops its travels southward, to be born again (resurrected) on December 25th, when it continues its progress north.

In various areas, the calendar originally began in the constellation of Virgo and the sun would consequently be perceived as being ‘Born of a virgin.’

The sun is of course the, ‘Light of the World.’

The sun, ‘Cometh on clouds and every eye shall see him.’

The sun rising in the morning is the, ‘Saviour of mankind.’

The sun wears a corona, crown of thorns or ‘Circle of light’ (halo).

The sun’s follower’s helpers (disciples) are the 12 months and the 12 signs of the zodiac or constellations, through which the sun has to pass.

The sun at 12 noon is in the house/temple of the ‘Most High,’ consequently ‘He’ begins ‘his Father’s work’ at the age of 12.

The sun enters each sign of the zodiac at 30°; hence, the ‘Sun of God’ begins his ministry at the age of 30.

The sun is hung on a cross (crucified) which represents its passing through the equinoxes, the spring/vernal equinox being Easter, at which time it is then reborn.

It does not take a mastermind to distinguish the enormous similarities with the above when compared to the misleading Jesus myth. The Church fathers simply used previous heathen legend/tradition to fashion their inventive, patriarchal dogma. Yes – it’s all been done before! The early Church made easy work of importing its newly-formed Christ god template to the trusting Pagan masses and quite effortlessly substituted the wholesome solar/agricultural calendar for a new synthetic one based on its theocratical, monotheistic prospectus. There is of course nothing new under the sun!

In view of the above, can YOU see how you have been furtively manipulated, by astute fundamentalists of old; into believing an exceptionally clever, religiously-based lie?  If you ‘cannot’ then you have been successfully indoctrinated (like millions of others) into the restrictive religious doctrine that I have freely highlighted above!

WHAT ABOUT THE TERM ‘XMAS’ – IS IT A SHORTENED VERSION OF THE WORD ‘CHRISTMAS’?

Well in fact the answer is – No! December, under the earlier Roman calendar, used to be, the 10th month of the year: the 1st month (March) being sacred to the god Mars.

The Roman numeral for 10 is of course  ‘X’, therefore Xmas rather than being a short form of a modern Christian festival can be seen as being the Pagan  ‘Mass of the 10th  month’; A joyful time when the Saturnalia was celebrated with great happiness. The genuine ‘REASON FOR THE SEASON’ has been carefully veiled by deceitful fundamentalist mind controllers with hidden religious agendas over the centuries. Billions of individuals seeking spiritual deliverance, through the generations, have fallen for this gigantic religious tactic without as much as a question. This  most recent recycled Christian dogmatisation of the wholesome Midwinter Solstice celebration  is nothing but a manmade ecclesiastical perversion of a much older organic truth that links humanity to the planet, the universe (on a natural level) and beyond. It is time for our amazing species to wake up from this church-enforced medieval slumber, and smell the coffee!

THE OLDER GOD-FORMS RELATED TO XMAS

Sol, Attis, Adonis, Mithras; these gods and many others were celebrated during seasonal solar cycles long before the clever ‘Jesus fable’ was ever manufactured by sectarian, monotheistic interest groups with an axe to ground against the social structure of the day!

Who will contest the Sun God title next? We would do well to recall the old adage: ‘History repeats itself.’ Yuletide/Midwinter Solstice is a crucial element of our indigenous, Pagan spiritual heritage. It conjoins us with the amazing seasonal energies of this planet of which we are all a vital part.