UFODigest.com » Paranormal » Cryptozoology » All Ready For The “Gargoyle” Hunt 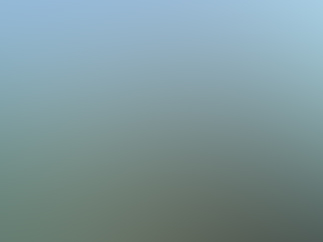 Preparations for the hunt on Monday for an alleged Gargoyle – usually imaginary being half man and half beast, which dates back to medieval times and has persisted until today in the collective imagination as someone who drives away the witches and spirits ill-wind in their sails, and they include a goat as bait.

The event, which has shocked the town of Guanica, Puerto Rico, but whose dissemination on the Internet has generated global buzz began when the professor Reinaldo Rios, a student of the paranormal, and tour leader to “hunt the Gargoyle “said the local environment Primera Hora, that the issue is ready.

According to a statement released by the chronicler Ivelisse Rivera Quiñones in Primera Hora, Professor Ríos, a lot of prestige in the area, where he is seen as a UFO expert said “hundreds of people,” say they have seen the mythical critaura flying in the vicinity of a thermoelectric plant.

On the “hunting of the Gargoyle,” the professor told Primera Hora Rios “The plan is that I will give a brief orientation, any witnesses are going to present. The audience will be at the gate, to enter only the central mayor of Canovanas, a suburb of Guanica on Puerto Rico itself, “his team, the press and me.”

Rivers said he did not give you access to the public, it is very dangerous, and also to “prevent damage to the scene.”

He also told Primera Hora that will do a meditation exercise or telepathy to see if this way you can communicate with the creature.

The famous teacher makes efforts to get a goat, as he suggested the mayor of Canovanas, Jose “Chemo” Soto, who also participate in the operation.

“I’ll talk to the agent (the police) Wilberto Carlo, to give us security. He (Carlo) I confirmed that he will be, he is a key part in this research, has been one that has taken the complaints, “said Rios.

Then the teacher said “Chemo recommend that I bring a goat in a little cage. I said that here are what have killed chickens. But I will try to realize it can take a goat and a chicken. All Guanica is looking forward, scrambled. Many on the street stop me and tell me that this is true. I say they speak, “he said.

Primera Hora Rios confessed to being excited about the mayor’s participation in hunting.

“Thank God accepted my invitation. Chemo I consider a well-trained in these issues and have him beside me is an honor, an honor, “said the man who claims to have been contacted by extraterrestrials.

On the other hand, Rivers told Primera Hora that more than 500 people gathered today at the plant to discuss the issue of Gargoyle.

“People are receptive and well spirited. Many people still admitting they have seen a gigantic bird, “he said.