UFODigest.com » Aliens and UFOs » BEWARE THE NEXT IMPENDING NUCLEAR CRISIS 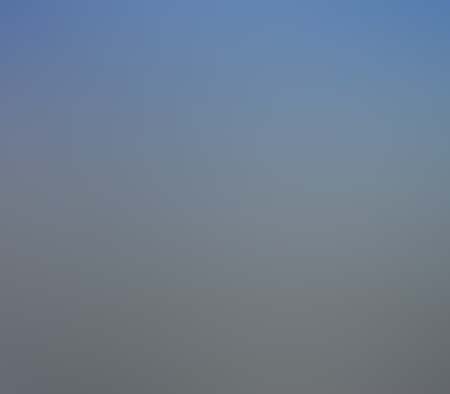 Immersing oneself in the world of the unidentified flying object can be exciting, illuminating, stimulating , and enlightening. That very same world, however, is filled to the brim with cold-hearted killers that will not think twice about taking you out of circuation, if such action is deemed absolutely necessary. And not all of those cold-hearted killers are human.

Even before the testing of the first atomic bomb, doubts about its use arose among a group of scientists working hard to make the bomb a reality. Albert Einstein, Leo Szilard and Edward Teller were among them. Clearly, these top scientists understood that if their project was successful, as they were sure it would be, there would be an arms race and a new world would be created that would be on the brink of disaster for the foreseeable future. Unfortunately, this vision has come to pass. Since the first nuclear bomb was dropped on Hiroshima, Japan on August 6, 1945, we have seen a continuum of situations or incidents that have placed us on that brink of a worldwide nuclear disaster. We have had a very costly nuclear arms race, seen nuclear weapons lost at sea, misplaced, and involved in accidents. We have seen nuclear material stolen and offered for sale to anyone for any purpose. We have many times seriously considered using them during ensuing wars and conflicts. During the Cuban missile crisis, we came very close to all-out war between nuc lear powers, the U.S. and the Soviet Union, which very likely would have resulted in nuclear war.

This is the story of U.S. nuclear missiles disabled by unknown forces. The truth of this story is supported by documents and the testimonies of many people. I am one witness to these events.

The basic facts of this story are these: On March 24, 1967 I was on missile alert duty as a launch officer at Oscar Flight, a Launch Control Center (LCC) for Minuteman 1 intercontinental ballistic missile system. Our main base was Malmstrom AFB, Montana. Oscar flight was located about one-hundred miles east of Great Falls. The LCC was an underground, hardened capsule. I was one member of a two-man crew controlling the launch capability of our missiles. On this evening, immediately after receiving a desperate call from my topside security forces guarding the facility about an inexplicable object hovering above the site, all ten of my missiles under my control, were disabled. This type of failure in this state-of-the-art system was a highly improbable event for many reasons. The missiles operated independently from each other. However, the failure mode readout from our information system was identical, ‘Guidance and Control System’ failure. In addition, we were informed that the same kind of event occurred previously. On March 16, 1967, Echo Flight LCC also reported the disabling of their ten missiles while unidentified objects hovered over the missiles. Their failure mode was also the same. There is no question as to the fact that these incidents occurred. These are documented in official documents, written statements and audio recordings of testimonies of witnesses. The incidents were security classified until 1994. It is important to note that the missiles were only temporarily disabled. There was no permanent damage to the missiles or missile systems. They were all back up on alert status within twenty-four hours.

In debriefings on these incidents and referenced documents, it was made clear that these were not some sort of military readiness exercise and that the military command structure did not understand the cause(s) of these missile shutdowns.

In fact, there have been many other similar incidents where unusual flying objects were observed near and impacted nuclear weapons facilities, before and after 1967. Some of these are referenced below. I have only listed those that are supported by multiple witnesses and/or documentation. The U.S. Air Force and other government agencies have hidden behind the shield of ignoring and discrediting UFO reports since 1969. The reality is that they have not been able to fully explain this phenomenon and its potential impact on national security.

Even if we assume that there was a ‘rational’ explanation for these incidents, it was another ‘wake-up’ call about the worldwide madness of nuclear weapons. Because the nature of these incidents was such that they clearly resulted in the disabling of our most sophisticated nuclear weapons systems, a definitive cause was never determined, and an extraordinary coordinated effort was made to suppress this information, it is likely there was an impact on our internal policies regarding nuclear weapons.

We have had an on-going love-hate relationship with nukes since their inception. There is ample historical evidence that nearly all of our U.S. Presidents have at least given some consideration to the use of nuclear weapons. General Douglas McArthur proposed using them against China during the Korean War; JFK considered using them during the Cuban missile crisis, Lyndon Johnson and Richard Nixon considered the nuclear option against North Vietnam.

There has also been a continuous stream of nuclear accidents. As early as 1944, radioactive material has been released into our environment causing untold harm. There have been radioactive leaks from nuclear submarines. Aircraft have crashed with nuclear weapons onboard. Nuclear weapons have been improperly transported. Nuclear material has been improperly shielded during transport resulting in radiation exposure. There have been over 100 major nuclear reactor accidents. Humanity has been able to survive these, without the use of nuclear weapons. Clearly, however the survival human civilization is not assured. It would only take one nuclear world war to assure our destruction. Today, the world faces a common enemy, not from space but from within. It is the enemy of nuclear weapons. The most serious of human endeavors we face today is to control those aspects of our current state of technology that could cause us to self-exterminate.

We have made the effort to reduce the number of nuclear weapons and the nations who possess them. But still there remains an over-abundance of them at the ready for use at a moment’s notice. In a recent report on the status of U.S. nukes states, “As of early 2013, the United States has continued to reduce its nuclear stockpile, and retirement alone has accounted for a dip of over 250 warheads since last year. Of the total stockpile of approximately 4,650 warheads, an estimated 2,150 warheads are deployed. The arsenal is composed of roughly 1,950 strategic warheads deployed with approximately 800 missiles and bombers, as well as nearly 200 nonstrategic warheads deployed in Europe.” (Kristensen and Norris, Bulletin of Atomic Scientists, March 2013) In addition, there remain at least nine independent nations that possess nuclear weapons.

Today, the world is facing another nuclear crises over the question of what to do about Iran and their nuclear weapons capability. However, North Korea has also become a nuclear threat. North Korea has performed nuclear weapons testing and has a missile delivery system. Pakistan has nuclear weapons and it could be argued they are a politically unstable country. In truth, the technology is available to any independent country set on producing nuclear weaponry. The real issue is not Iran, North Korea or other countries, but how our civilization will deal with the hard fact that we all have the means to produce these horrific weapons but we don’t yet know if we have the means or the will to control their production and use.

In 1914 H. G. Wells published The World Set Free, which spoke to a future world, beset by nuclear weapons, one that would be forced to fight a nuclear war in order to experience its horrific results and thus endeavor to finally be rid of them. Madam Curie had recently published her work on radioactive elements, Einstein had published his theory relating mass and energy and World War I was imminent. As with many of his other novels, Wells combined concepts of the current scientific and social realities and the possibility of states possessing weapons of unimaginable power. He presented a world where nuclear states were likely to use these weapons. It was an amazing insight into our current state of affairs. 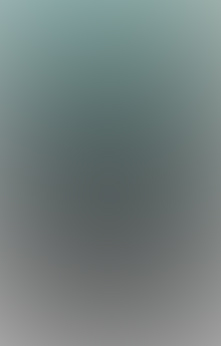 Currently we are involved in negotiations to keep Iran from developing nuclear weapons capability. Our negotiations with Iran must succeed – the alternative options could lead to the use of nuclear weapons! Even the current rhetoric: “All options are on the table,” is inflammatory toward war. Our failure in this negotiation could logically lead to the following scenario:

If you would like more information or to purchase this book simply click on its title: Unidentified: The UFO Phenomenon: How World Governments Have Conspired to Conceal Humanity’s Biggest Secret