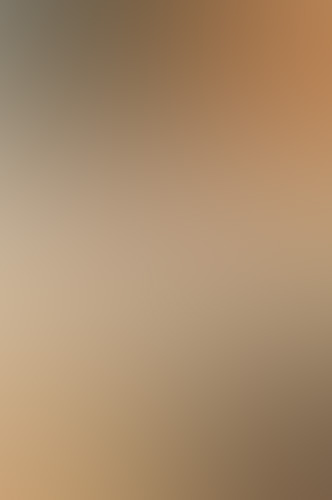 Why are so many people fascinated by treasure? Is it purely a desire for wealth or is it also the romantic appeal of tales of lost ancient artifacts? Indeed the stories behind certain treasures, especially those looted from their archaeological context, read like a cross between Indiana Jones and James Bond. Such a case is Sevso Treasure, a hoard of 14 large silver vessels from the late Roman Empire, estimated to be worth $200 million on today’s market. Looted from an unknown Roman palace in the 1970s the story of these ‘cursed’ pieces as some researchers have called them, involves at least one possible murder, shady consortiums, allegations of forgery, and back market double-dealing. Or the celebrated Amber Room, a complete chamber decoration of amber panels backed with gold leaf and mirrors, stolen by the Nazis in 1941 from the Palace of Tsarskoye Selo, near Saint Petersburg, and brought to the castle at Königsberg (modern Kaliningrad in Russia) from where it disappeared, though rumours persist that it still survives today as a part of the Nazi loot known as the Štěchovice Treasure.

The appeal and excitement of ancient treasure and the stories connected with it is undeniable. Recent widely publicized discoveries of ancient treasure hoards such as the Staffordshire Anglo Saxon hoard, valued at £3.2 million in 2009 (see chapter in this book), the Frome hoard of 2010, and the magnificent hoard of 50,000 silver and Bronze Iron Age Celtic coins discovered in June 2012 on the island of Jersey, just off the coast of Normandy, France, have contributed to the dramatic rise in the popularity of treasure hunting and metal detecting over the last decade or so. Further afield the 1800 year-old cache of 140 gold and silver coins and gold jewelry, from the area of Kiryat Gat, in southern Israel, and the exquisite 2,400-year-old hoard of Thracian gold from a tomb in Sveshtari, Bulgaria, both discovered in 2012, show that fantastic discoveries are still being made and our knowledge of the ancient world is continually being added to.

‘Treasure’ can take many forms. It might be an ancient chest brimming with gold and silver objects, a romantic image of something almost mystical hidden away and forgotten in bygone times, even a legal term defined by law to denote certain types of artifacts dug up from the ground. The 1997 Treasure Act in the UK, gives a number of different types of find which qualify as Treasure, including:

Any metallic object, other than a coin, provided that at least 10 per cent by weight of metal is precious metal (that is, gold or silver) and that it is at least 300 years old when found. If the object is of prehistoric date it will be Treasure provided any part of it is precious metal. . . All coins from the same find provided they are at least 300 years old when found . . . Only the following groups of coins will normally be regarded as coming from the same find: hoards that have been deliberately hidden . . . smaller groups of coins, such as the contents of purses, that may been dropped or lost . . . votive or ritual deposits. (http://finds.org.uk/treasure/advice/summary)

But is the human fascination with such treasure purely a desire for wealth or has it more to do with the romantic appeal of tales of lost ancient artifacts? It is certainly true that the stories behind the loss and recovery of a number of ancient treasures, like the Sevso Treasure and the Amber Room for example, read like edge of the seat fiction, somewhere between Indiana Jones and James Bond.

But treasure need not always be in the form of gold and silver jewelry, weaponry or coins, as the chapter on the incredible cache of mummies from Deir el Bahri, on the west bank of the Nile, opposite the city of Luxor, in Egypt, shows. The main connection between the treasures discussed in this work is that each has a story. From the riches of Tutankhamun’s tomb in Egypt’s Valley of the Kings, to the northern European hoards of the Vikings, from ancient Chinese Treasure Ships to Nazi lootings during WWII, every treasure has a fascinating tale to tell. Such stories can shed much needed light on the ancient cultures that originally deposited the artifacts, or if the objects were looted from their original context, it may be the often labyrinthine journeys of the treasures after their discovery in modern times which provide us with the astonishing narrative.

In this way the ancient and the modern combine to create a unique picture of the objects that goes beyond archaeology and history.

If you would like more information on this book or wish to purchase a copy from Amazon.Com simply click on its title: Ancient Treasures: The Discovery of Lost Hoards, Sunken Ships, Buried Vaults, and Other Long-Forgotten Artifacts

© 2013 Brian Haughton. Brian Haughton is an archaeologist, author and researcher on the subjects of ancient civilizations, prehistoric monuments, and supernatural folklore. His latest book is “Ancient Treasures,” published by New Page. ISBN: 978‐160163‐249‐4 List Price: US $16.99.