UFODigest.com » Aliens and UFOs » Who are the Reptilians? 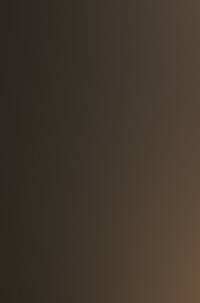 The world is full of snakes, serpents, reptiles and slithery creatures that pique our fear, repulsion and awe, dominating our mythologies, histories and religions. They appear in our iconography, on our flags, in our religious writings, statuary and stained glass windows. For millennia, the Reptilian has factored into humanity’s mythology and worship, and now they play an exponentially greater role in our notions of ancient alien hypothesis and extraterrestrial interaction with mankind. But the big question is… why?

What is it that Religion and Science isn’t telling us about where we come from and why we are here? And why is the Serpent, a being both feared and revered, so inextricably linked to the misty imaginations and fortified spiritualties of mankind?

Does the Judeo-Christian belief in a serpent find its roots in ancient Hebrew religious mythology based in even older stories and accounts from other religious cultures? And why do nearly all of the world’s religions and ancient civilizations both fear and revere the Serpent, granting him personage, character and even divinity? There exists a serpentine bloodline flowing through the veins of the varied mythologies and historical accounts of the world that is all at once pervasive and hidden.

The Annunaki, that dread pantheon of gods that ruled the ancient Sumerians, are said to have created “primeval mankind” for the purpose of slave labor, forcing them to dig their canals, till their fields and mine their natural resources. This mythological account has spawned the notion of extraterrestrial progenitors and non-human interaction with mankind, underscored by the undeniable connectivity between the stories of these ancient beings and the writings found in the Hebrew bible and nearly every other ancient culture and religion. Who were the Annunaki? Were they descended gods, royal human monarchs or visiting, settling beings from another world, bent on molding ancient man to its whims and desires?

And who are Elil and Enki? They are listed as the chief gods of the Annunaki, but then why do they appear again and again throughout ancient world religion? Is Elil the same as Elohim? Is Enki/Ea the same as Yaweh/Jehovah? Are our religions merely created out of whole cloth, built one upon another as they evolve throughout human history, or are they all telling similar stories of common events?

The Merovingian kings of Europe’s Dark Ages believed they were descended from these beings, possessing the blood of the Serpent as well as the blood of Christ, thereby establishing their godlike claim to power. Adolph Hitler followed in their footsteps, and his claim to being the leader of a “master race,” as well as his heinous notions of a “final solution” were all based in his belief that he was a descendant of these serpent-blooded kings.

Are the Reptilians simply part of an ancient mythology that has reemerged in a modern mythology of space travelers and warring species seeking planetary dominance? Or is there some underlying secret story that is the common thread to the seemingly endless line of connectivity to the Serpent?

∞
Scott Allen Roberts is the author The Secret Life of the Reptilians to be released January 2013, published by New Page Books, a division of Career Press, Pompton Plains, NJ. 800-227-3371. All rights reserved.