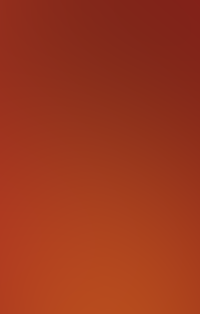 Dragonflame, by author and psychic Lawren Leo, is destined to become an instant classic in the unexpected cross-over genre of ritual magic and self-help literature. It is at once modern and traditional, grounded in the masters of the Golden Dawn, such as Dion Fortune, the Ciceros and Donald Michael Kraig, as well as the soul-soothing work of Deep Pak Chopra and Ekhart Tolle. The remarkable nature of Leo’s contribution is his ability to make this material appealing, relevant, and fresh for a twenty-first century audience. No stone remains unturned here. The subject matter bears his hallmark mastery of multiple esoteric fields, including High Magick, Qabalah, Wicca, and Alchemy.

Another engaging element here is the deeply personal nature of the material. Leo writes from the heart. He shares his own experiences via anecdotes trials and errors, and triumphs from his decades of journaling. It is like being granted access to a deeply private grimoire brimming with creative visualizations, dream interpretations, and bursts of poetic genius. This creates an instant bond with both the beginner – who will urely need a boost of confidence to start and sustain this journey – and the tried and true adept. In the contex of the multitude of writings on magic and spell-work in today’s New Age market, Leo provides unique material: a starting point for the study of magic.

The title of this book, Dragonflame, is Leo’s name for his personal system for the practice of magic. Under the guise of what appears to be a medieval heraldic motif, the unicorn rampant, Leo has subtly formed a hybrid creature; part unicorn, part horse, and part lion. Each element is symbolic of the constituent parts of his philosophy. This book is particularly commendable for its clarity of structure and smooth prose. In the introduction, Leo lays out the contents. He bases his three main chapters on the anatomy of Dragonflame . Each has four sections and four exercises, creative visualizations, or rituals. As mentioned in the title, the center of his rituals is the use of talismans which the reader creates via user-friendly instructions in Chapter 4.

My personal favorites are the “Rituals of Transformation” in Chapter 6. They originate in the author’s arsenal of “personal spiritual experiences.” His inventiveness and enthusiasm are clearly indicative of his personal commitment to pass on these magical gemstones in the most complete manner possible. The gods and goddesses derive from multiple pantheons, and it was a treat to learn so much about them. My first choice is the “Vesta Ritual – To Manifest Continued Success.” Leo leaves nothing to chance here. Everything necessary to familiarize the reader with all facets of this ritual is at his or her fingertips. The directions for using the talisman and setting up the altar are surprisingly straightforward. In this instance, for example, Leo writes:

Through the goddess Vesta’s help, this ritual will direct your soul’s inner fire in the best possible way to manifest continued success for you, thus adding a higher level of quality to your life and freeing up your time to do more of what you love.

The author is methodical, and has carefully shaped the format for using these rituals. The first step is to pinpoint the “GPS,” the acronym for his unique invention: “Goal, Purpose, Sacrifice.” Next, he provides the reader with supplies, a “Willpower List,” and a beautiful visualization:

It is high noon between June 9 and June 15. You are in Ancient Italy, near Rome, honoring Vesta at her yearly celebration called the Vestalia. You are walking along the seashore dressed in a white toga…

Following is a spell, which he has – impressively – composed personally:

Spell of the Eternal Flame
Eternal Flame Burning Within Golden Embered Coal
Perfect Success, Continued Success
Now For Every Goal
Roaring Fire, Image of Strength Forever Rampant Abba
To the Pyre of Truth Let Me Guide All Who Seek Along the Shores of Amma

The artwork in Dragonflame, from the cover art through the innovative illustrations and detailed tables, is exemplary and part of its allure. Leo’s last triumph in Dragonflame is the eclectic Glossary, which can serve in and of itself as an introductory guidebook to his book and esoterica in general. It includes, for example such varied subjects as: “alchemical mercury,” the “BRH (Banishing Ritual of the Hexagram),” and “lucid dream.” The entries are chock full of information and dovetail neatly into Leo’s helpful list of references and recommended reading, such as Margaret Lembo’s recent work on crystals and Judika Illes’ compendia of esoteric knowledge. Leo has certainly done his homework through years of research and hands-on practice, but this work is at no point pedantic or overwhelming. It rewards the dedicated reader because of its thoughtful structure and enthusiastic voice. Because of the expansive nature of the contents (spells can be used in the order given here or customized for specific needs; they never get “old”), one can read it from cover to cover knowing that it is always possible to come back for more.

On a concluding note, it is rare for an author to become established from one publication, but Leo is surely the exception. I know the tip of an iceberg when I see one, and I recognize the potential for many more books to come. Having already read Dragonflame, I eagerly look forward to Leo’s future work. He is at the vanguard of New Age authors and, as such, merits considerable praise for his contribution.

If you would like more information or wish to purchase this book through AMAZON.COM, simply click on its title: Dragonflame: Tap Into Your Reservoir of Power Using Talismans, Manifestation, and Visualization