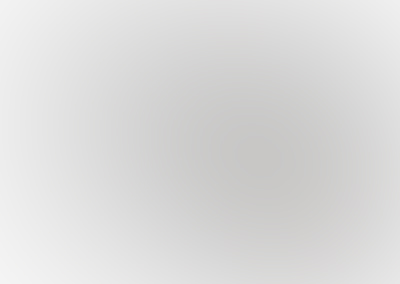 As most people in the UFO community will be aware, Jesse Marcel Jr died in August. Jesse had been 10 in 1947, when his father, the intelligence officer at the military base at Roswell, woke him to show him pieces he said had come from the crash of a flying saucer. Whatever one believes crashed, with Jesse Jr’s passing, the last witness with a direct and undisputed link to the Roswell story is gone. The time is right, therefore, to ask what many ufologists might regard as a heretical question – is it time to give up on Roswell?

Any police officer will tell you that your best chance of solving a crime comes very early in the investigation, often within 48 hours. Witnesses can easily be located and their memories are fresh. The crime scene is uncontaminated and evidence can be quickly secured and analysed. As I know from my government work, UFO investigations are similar, in that if you don’t solve a case quickly, your chances of doing so diminish rapidly, for pretty much the same reasons as I cited in relation to police investigations.

Once a police investigation has run for a certain time, with no successful outcome, the situation is reviewed. Resources are finite, new crime reports are coming in all the time and officers ask whether it’s worth continuing to investigate a case that seems unlikely to be solved, or whether resources might better be targeted at the new investigations. That’s not to say that the unsolved cases are closed; rather, they’re put on hold, until some new witness comes forward, a new piece of evidence emerges, or some new scientific technique (e.g. DNA testing) is developed which allows old cases to be successfully revisited. Is it time for the UFO community to do the same in relation to Roswell? I think the answer is yes, for two reasons.

The first reason is the obvious one. If it’s unlikely that a UFO incident that took place over 65 years ago is suddenly going to be solved, why waste the time and resources on it anymore? Imagine what might be achieved if the effort currently put into solving Roswell was focused on more recent cases, or onto more general UFO-related projects such as trend analysis of past cases, looking for patterns that have previously been missed, that might tell us something genuinely new and useful about the phenomenon.

The second reason is rather more subtle, but perhaps no less important. What message does it send politicians and the mainstream media if ufology’s so-called “Best Case” happened over 65 years ago? I suggest it sends the message that ufology is stuck in the past, looking at something that is as much history as mystery. Has nothing more interesting happened since 1947?

In Neuro-linguistic programming (and in the business community) there’s a saying that “If what you’re doing isn’t working, try something else”. Similarly, there’s the military concept of “reinforcing failure”, which is something to be avoided. And yet, I ask myself, isn’t this precisely what ufologists are doing with their endless attempts to investigate and re-investigate something that happened long before most of us were born?

Nobody can (or should) stop anyone investigating Roswell if that’s what they want to do. But those who do so should go in with their eyes open, realise they’re unlikely to succeed, and consider whether they might better target their efforts elsewhere.

Put bluntly, if we haven’t solved Roswell by now, the chances are that we never will. Continuing the police analogy, Roswell has become the ufological equivalent of the hunt for Jimmy Hoffa or the search for the identity of Jack the Ripper. It’s hugely interesting from a historical perspective, and there are lots of TV shows about it, but you don’t see cops working the case.

Another relevant point here is that the case has so polarised views in the UFO community that it’s become little more than the battleground for an ugly skeptic versus believer dogfight. Many people on both sides of the belief spectrum regard the case as already having been conclusively proven, either as an alien spacecraft, or as Project Mogul. And when a serious, mainstream journalist – Annie Jacobsen – tackles the subject, what do we get? A story about a Soviet plot to cause mass hysteria in America with a remote-controlled circular craft and grotesque children who are the result of experiments from Nazi scientists. And we mustn’t forget the alien autopsy fiasco, or “Anonymous”, the supposed CIA whistleblower whose ‘deathbed testimony’ about Roswell and UFOs is ufological buzzword bingo at its cheesiest. Roswell has come a long way, but it’s a dead end, part pop culture, part parody.

Roswell is part Holy Grail, part sacred cow. Perhaps it’s time to realise that the Holy Grail is illusory and that some sacred cows should be slaughtered before they become mad and infect the rest of the herd.

The UFO community should face the facts. Roswell is dead. It’s time to move on.